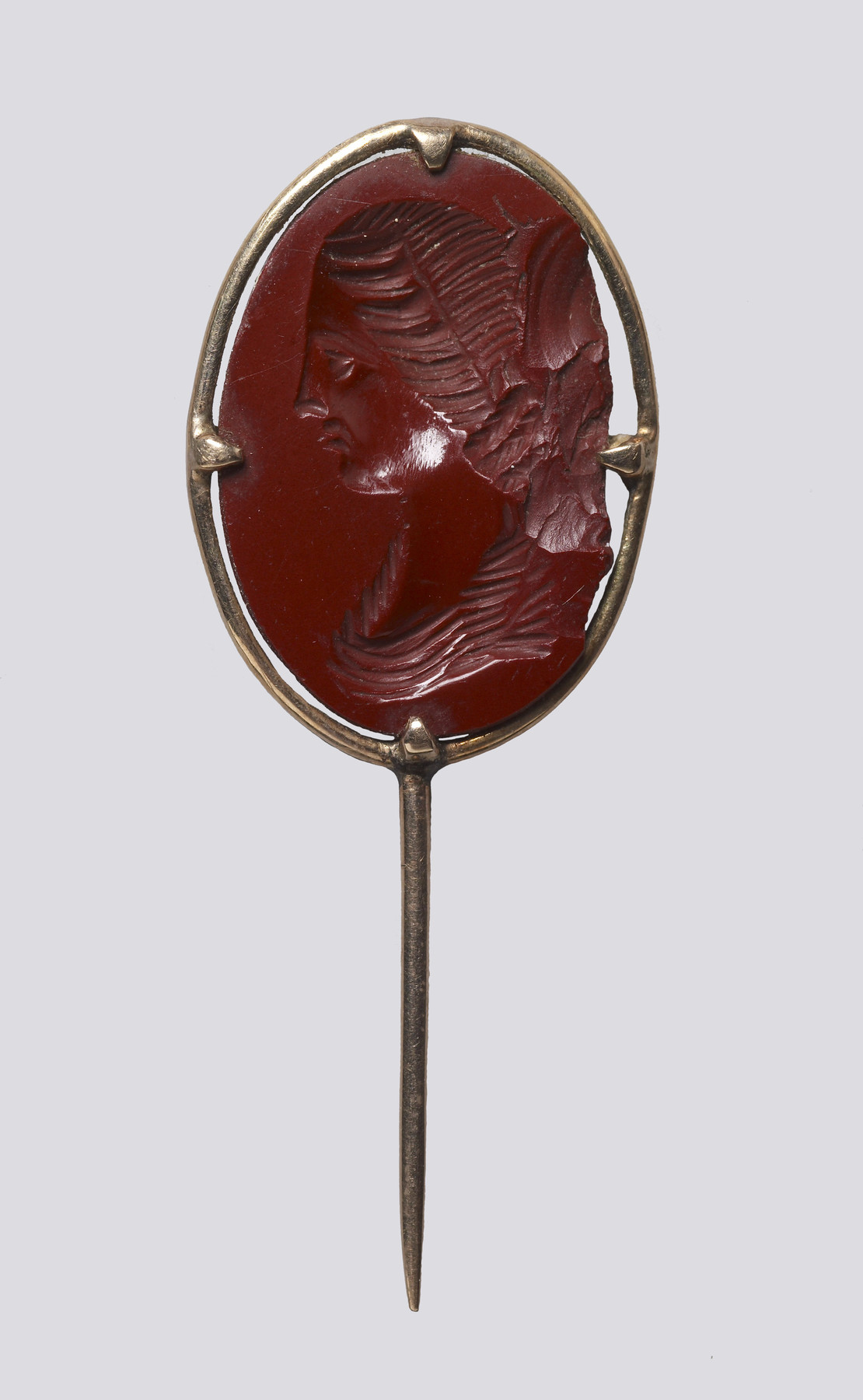 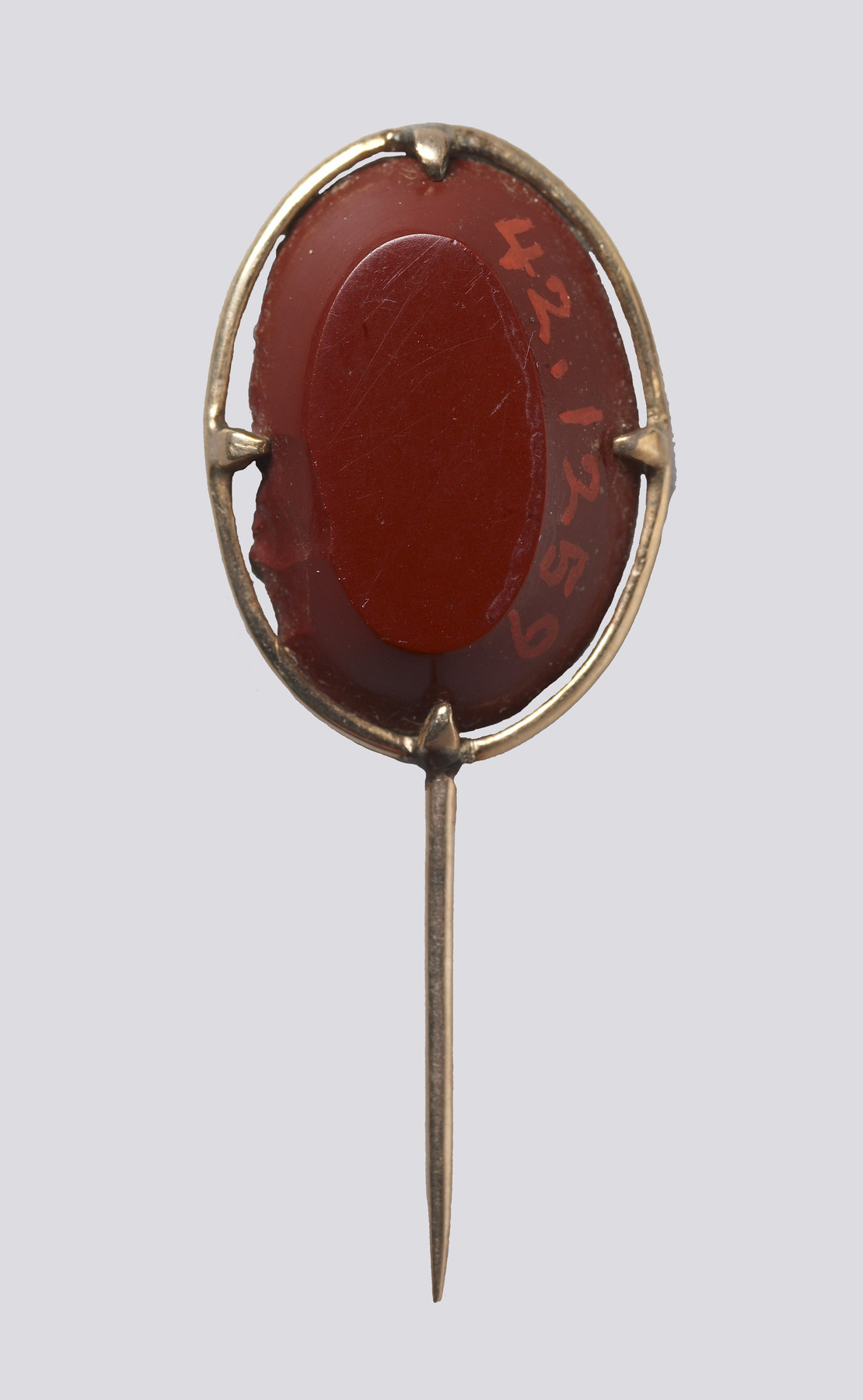 Intaglio with a Bust of a Woman Set in a Pin

This intaglio depicts a draped bust of a woman in profile to the left. Her hairstyle may be dated to the Antonine period. The right side of the gem is chipped.