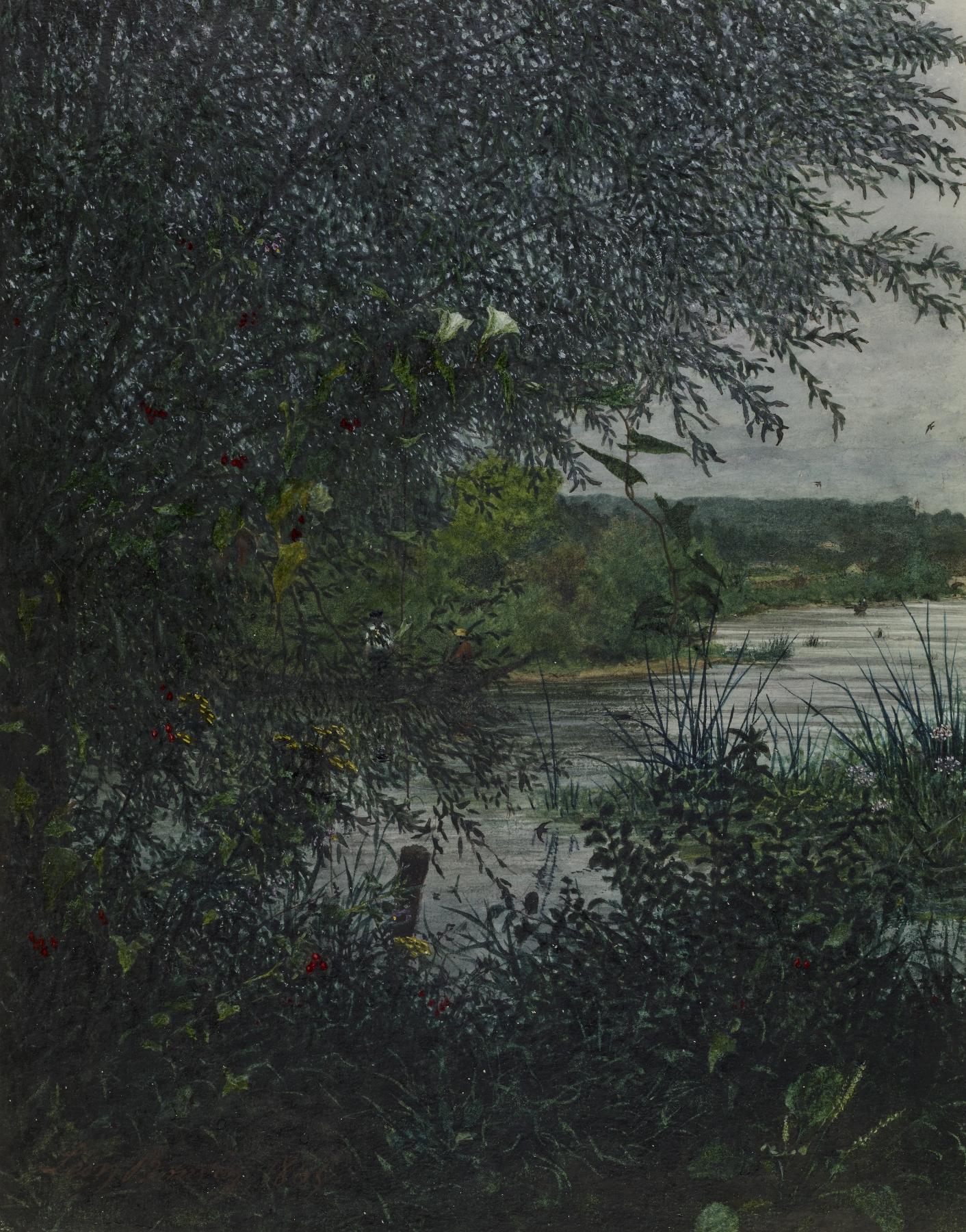 Fishermen on a Stream

[1] This watercolor likely passed through the hands of the Parisian dealer Actor, who sold to George A. Lucas, Walters art agent, see inscription on verso.