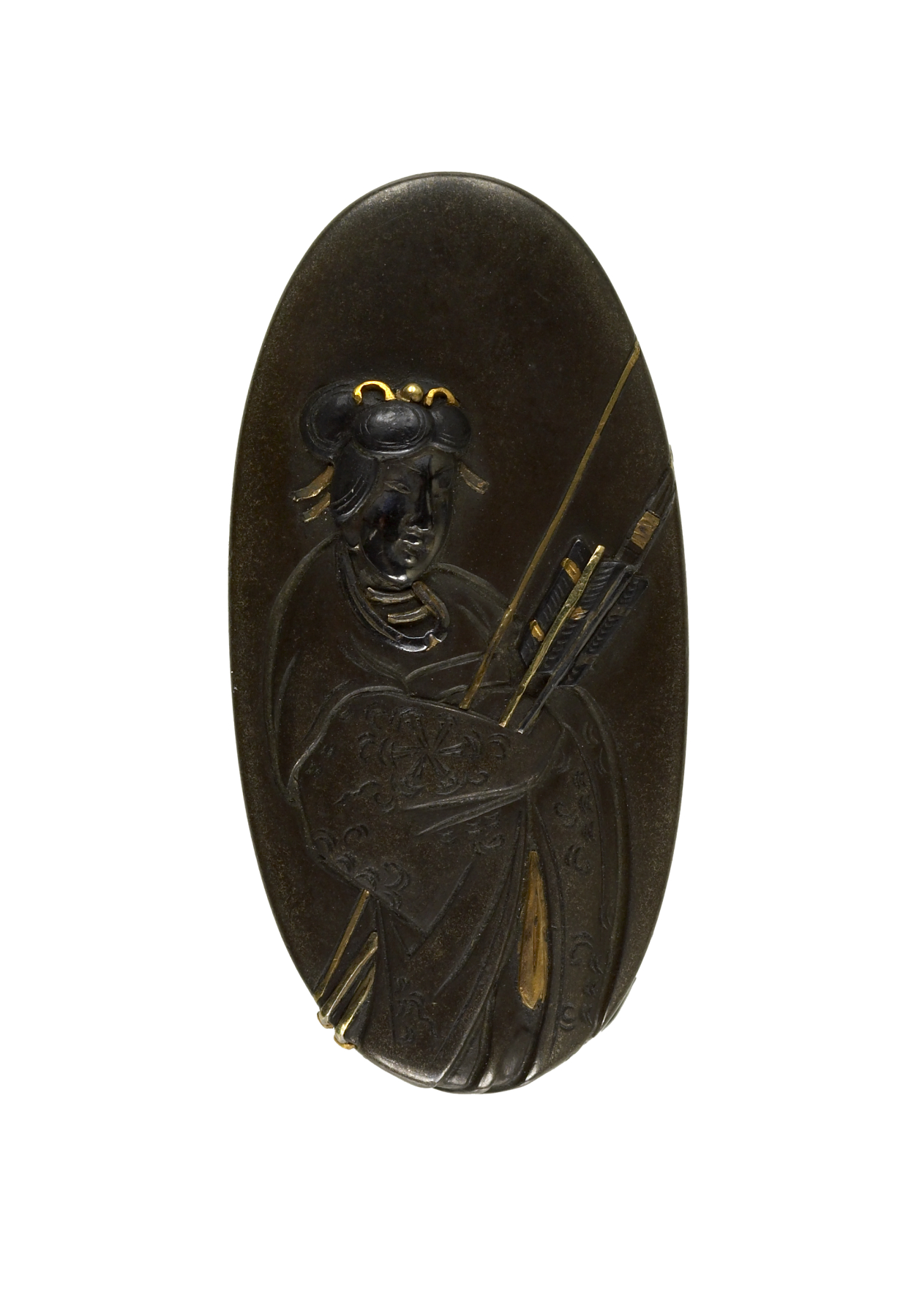 Kashira with Vision of Shôka Bearing Bow and Arrows

Shôka (Ch. Jie Hwa [Chieh Hwa]) appeared in a dream to Minamoto no Mitsunaka (912-997) bearing a bow and arrow from her father, Yôyuki (Ch. Yang Yeoki [Yang Yeo-ki]), a divine archer of China. Mitsunaka is shown sleeping on the corresponding fuchi, Walters 51.946.

Fuchi with Minamoto no Mitsunaka Dreaming