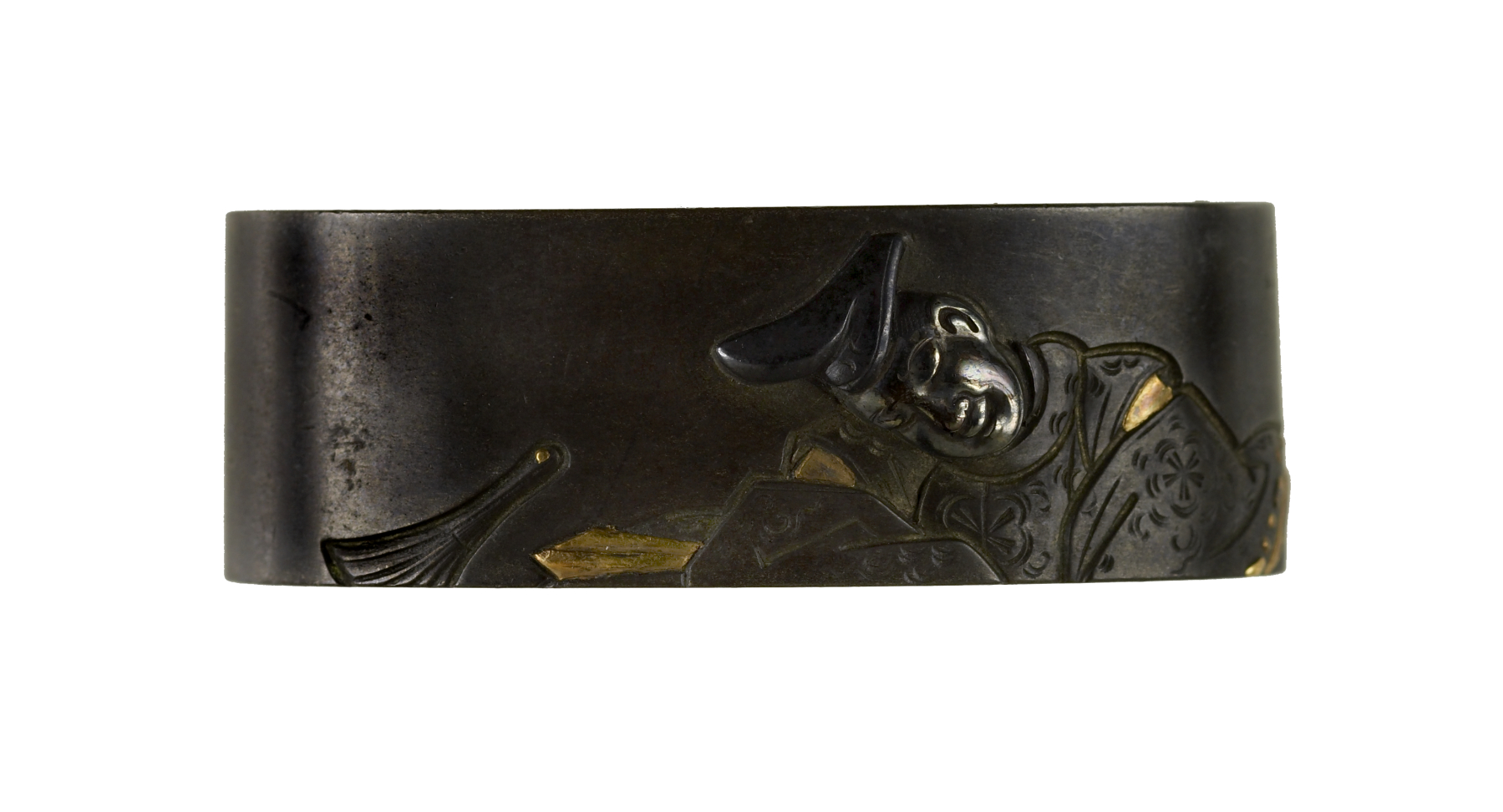 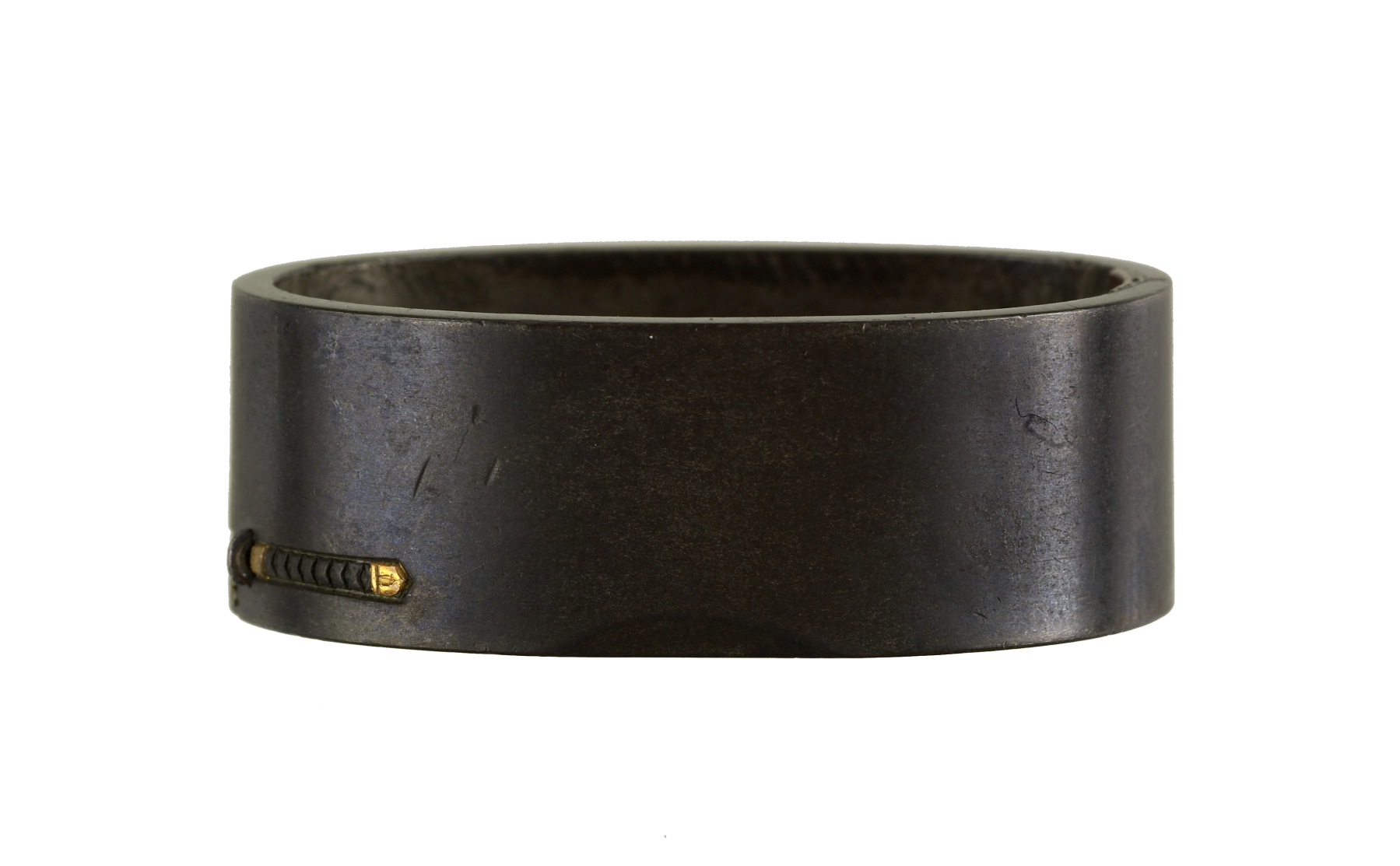 Fuchi with Minamoto no Mitsunaka Dreaming

Minamoto no Mitsunaka (912-997) was considered the best archer in Japan during his lifetime. Once, while sleeping, he dreamed that Shôka (Ch. Jie Hwa [Chieh Hwa]), the daughter of the "Divine Archer" of China, Yôyuki (Ch. Yang Yeoki [Yang Yeo-ki]) materialized to present him with her father's bows and arrows. He appears here with his head bowed in sleep. Shôka is on the matching kashira, Walters 51.947. 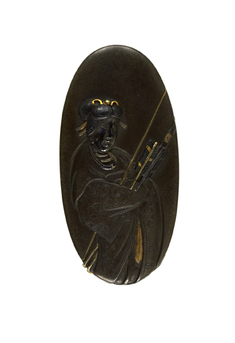 Kashira with Vision of Shôka Bearing Bow and Arrows