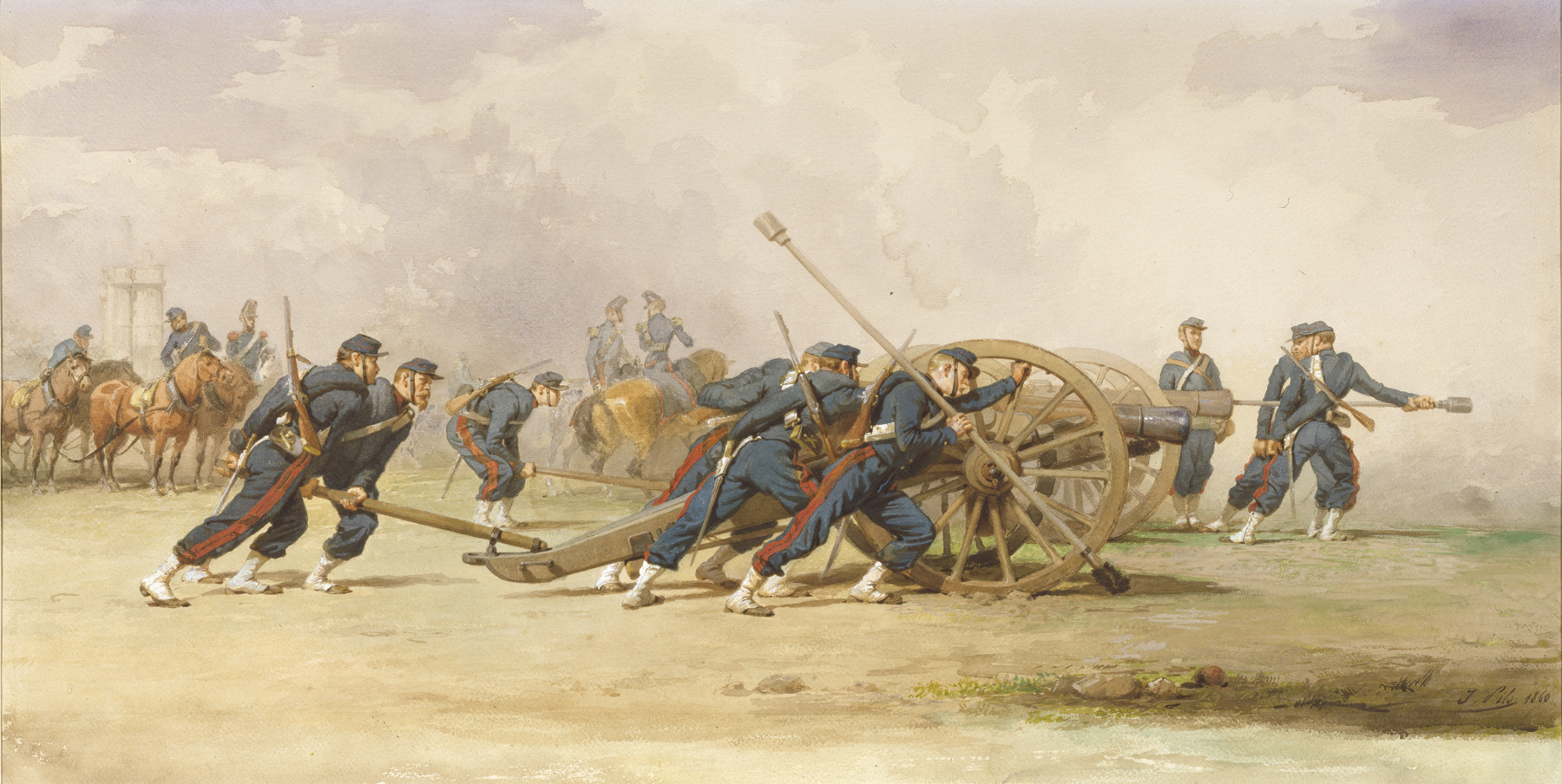 In 1852, Pils switched his focus from religious and genre scenes to military paintings. His decision to do so may have been prompted by the events that precipitated the Crimean War (1854-56), during which Napoleon III encouraged public support for his military exploits by granting major government commissions for scenes that glorified his victories. However, Pils' ill health prevented him from traveling. Therefore, he adapted his battle scenes from firsthand accounts and newspaper stories about the war. Moreover, he spent a great deal of time sketching at Vincennes, a major military encampment near Paris.

Acquired by William T. Walters, before 1879