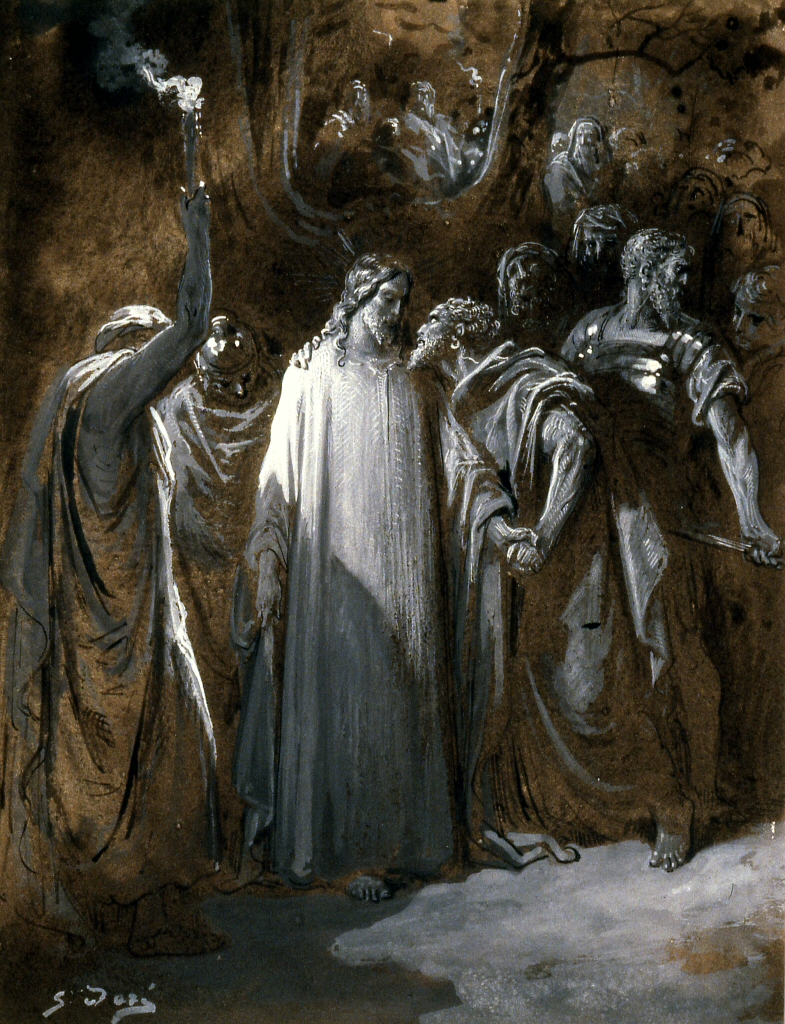 Study for "The Judas Kiss"

Although executed a year in advance of the final illustration and unlikely to have been used directly in the wood-engraving process, this drawing corresponds closely to the composition of the image published in Doré's illustrated Bible. It demonstrates the way in which the dramatic chiaroscuro (contrasting light and dark effects) of Doré's watercolor technique was translated into the linear medium of print. The passage illustrated is from the New Testament, Mark 14:43-46:

"And immediately, while he yet spake, cometh Judas, one of the twelve, and with him a great multitude with swords and staves, from the chief priests and the scribes and the elders. And he that betrayed him had given them a token, saying, Whomsoever I shall kiss, that same is he; take him, and lead him away safely. And as soon as he was come, he goeth straightway to him, and saith, Master, master; and kissed him. And they laid their hands on him, and took him." [KJV]