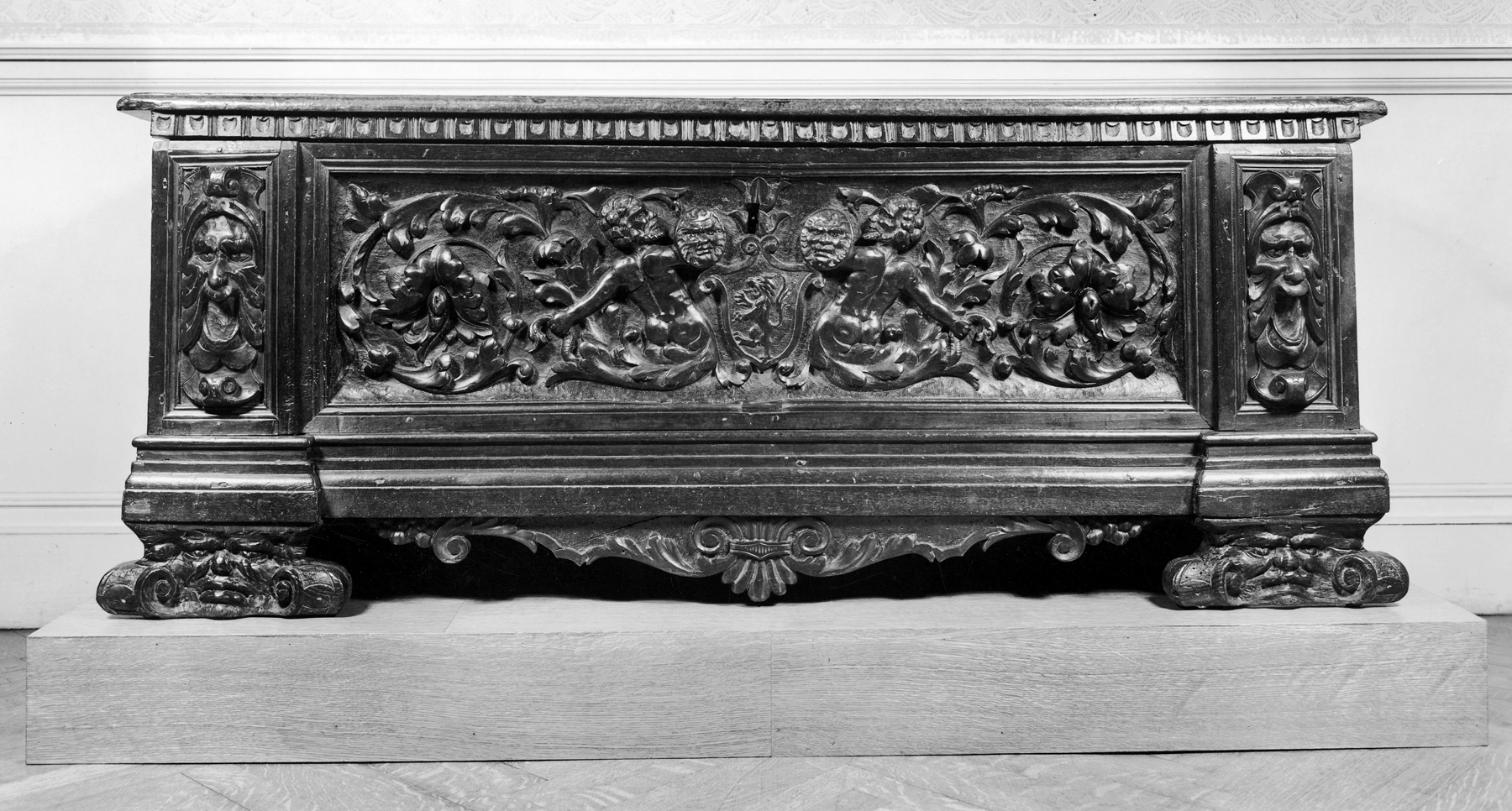 A "cassone" is a large, low, wide chest that was a common piece of furniture used for storage during the Renaissance, particularly in Tuscany. They were often marriage gifts and, as such, were filled with fine household linens and personal furnishings for the bride. They were often the most elaborately decorated piece of furniture in the home, either with an inset painting (in the 1400s) or elaborate carvings (more popular from around 1500).