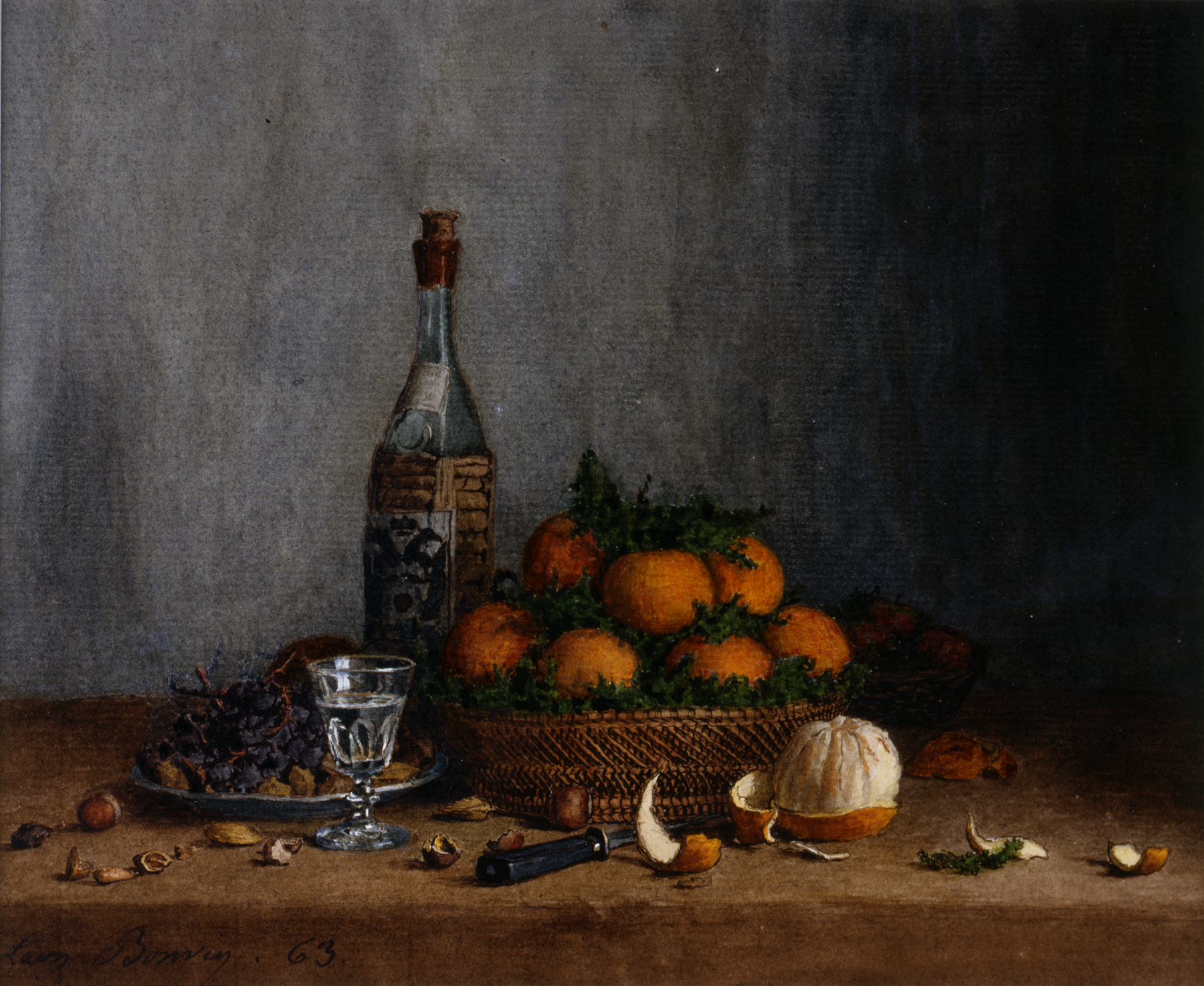 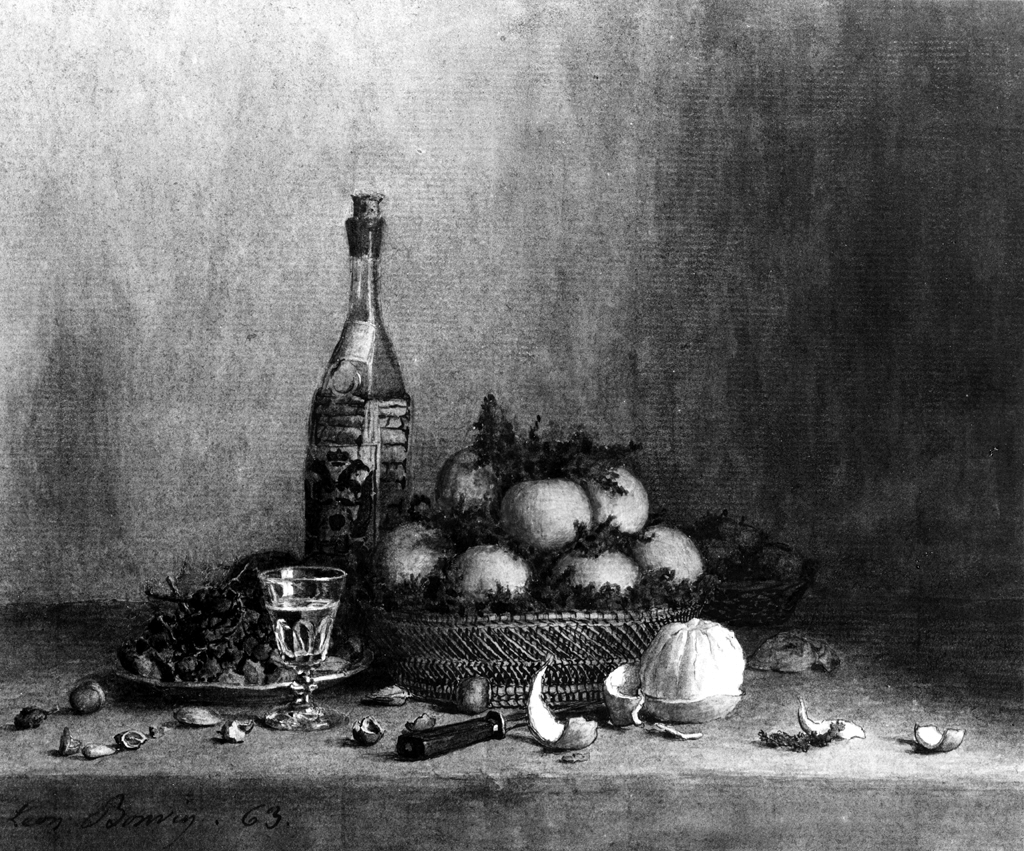 Still Life with Basket of Oranges

This watercolor shows Bonvin's knowledge Chardin, who worked around one hundred years prior to Bonvin's death. Bonvin includes a wicker basket, a knife, nuts, and brightly colored fruit packed in moss echoing Chardin's earlier composition. Bonvin's half-brother, François, may have been instrumental in interesting the artist in Chardin's work and linking him to the Parisian art scene more generally. In addition, Bonvin's café-bar was frequented by artists from Paris with whom Bonvin could have discussed art and art history.

[1] In a diary entry for 10 February 1863 Lucas records "Bonvin to see me took fruit for Graham" "Bonvin 2 drawings apples oranges 30 fs." Given no other watercolors of oranges have been located by Bonvin dating from or before this date, it seems likely that William T. Walters later acquired this watercolor from his Baltimore neighbor.