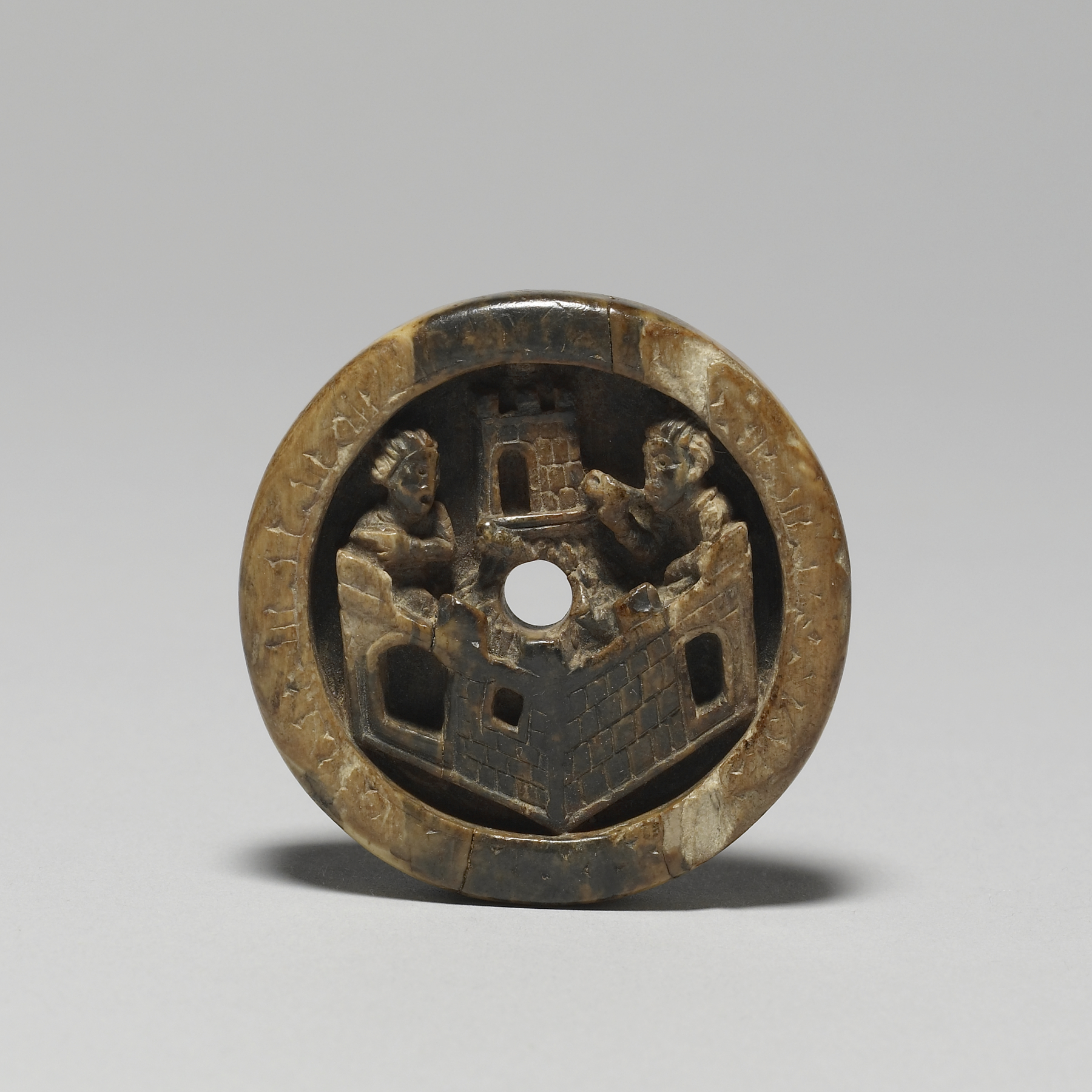 Game Piece with Figures in a Castle

Small game pieces, used for checkers, backgammon, and other board games, survive in considerable numbers-attesting to the popularity of this type of entertainment. They are usually richly decorated with animal, literary, astrological, or biblical subjects. The subject of this example remains unidentified, though it depicts two guards inside the walls of a castle. The border design may represent an attempt to replicate the kufic script (a type of early Arabic writing) seen on some imported objects.