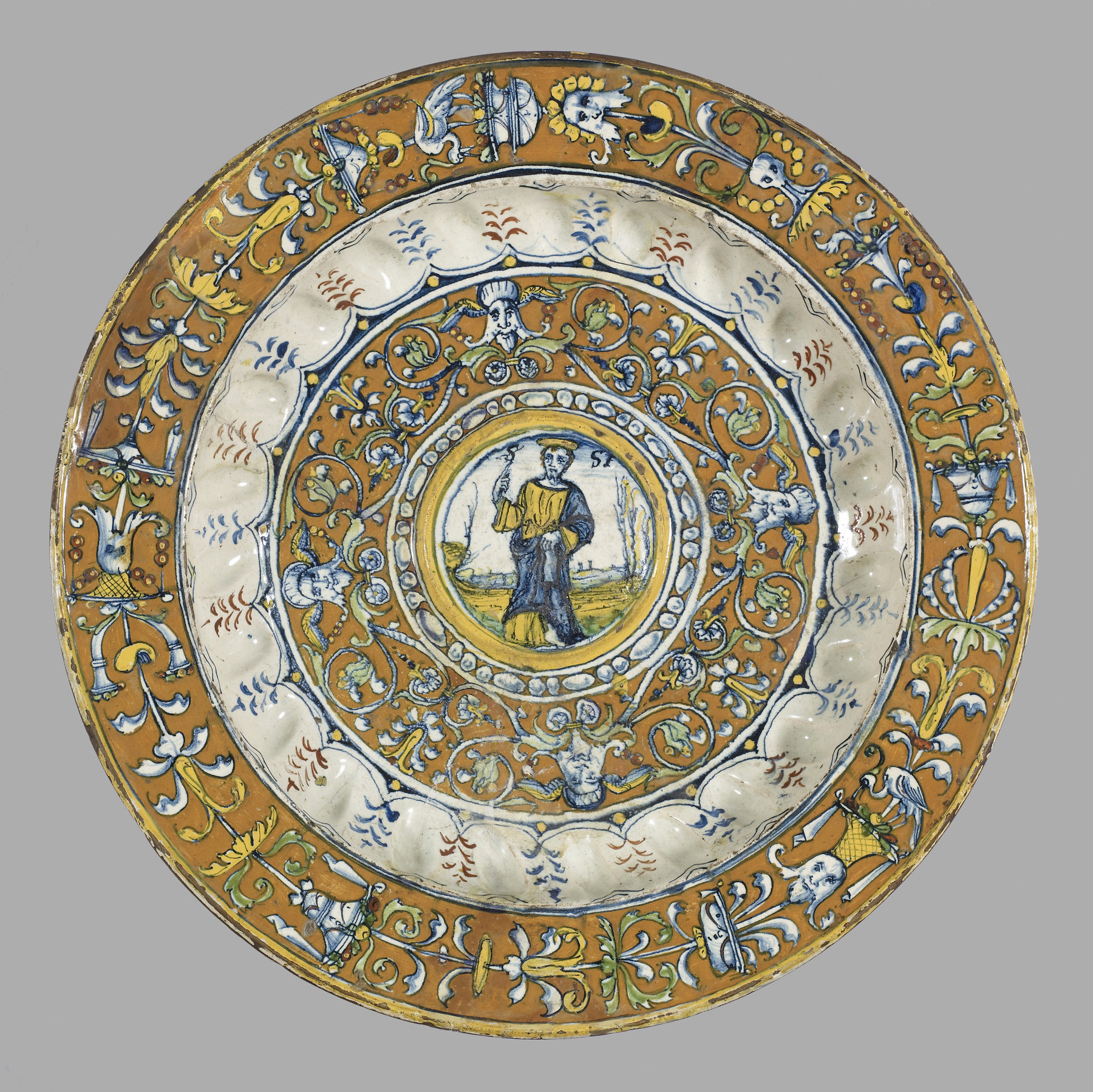 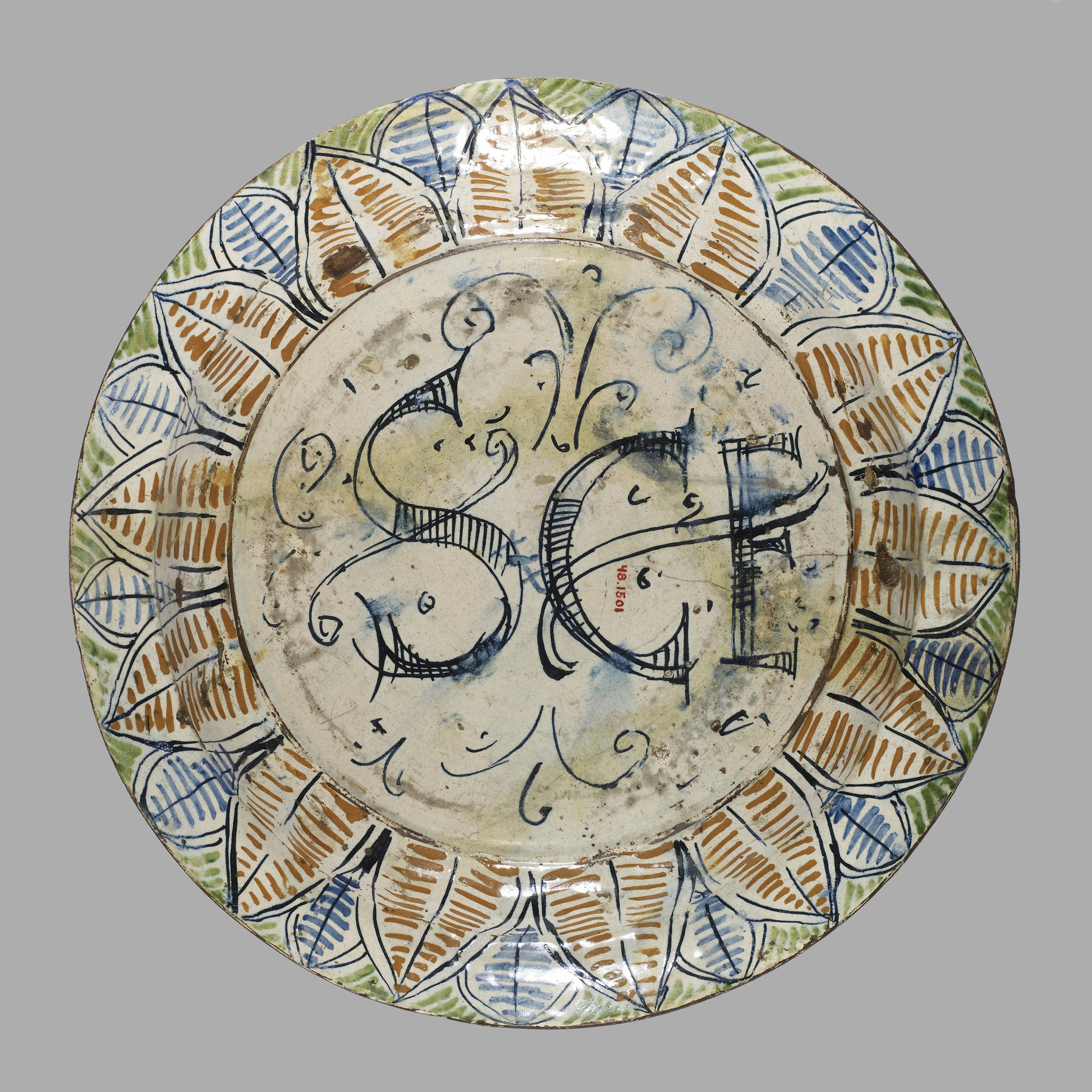 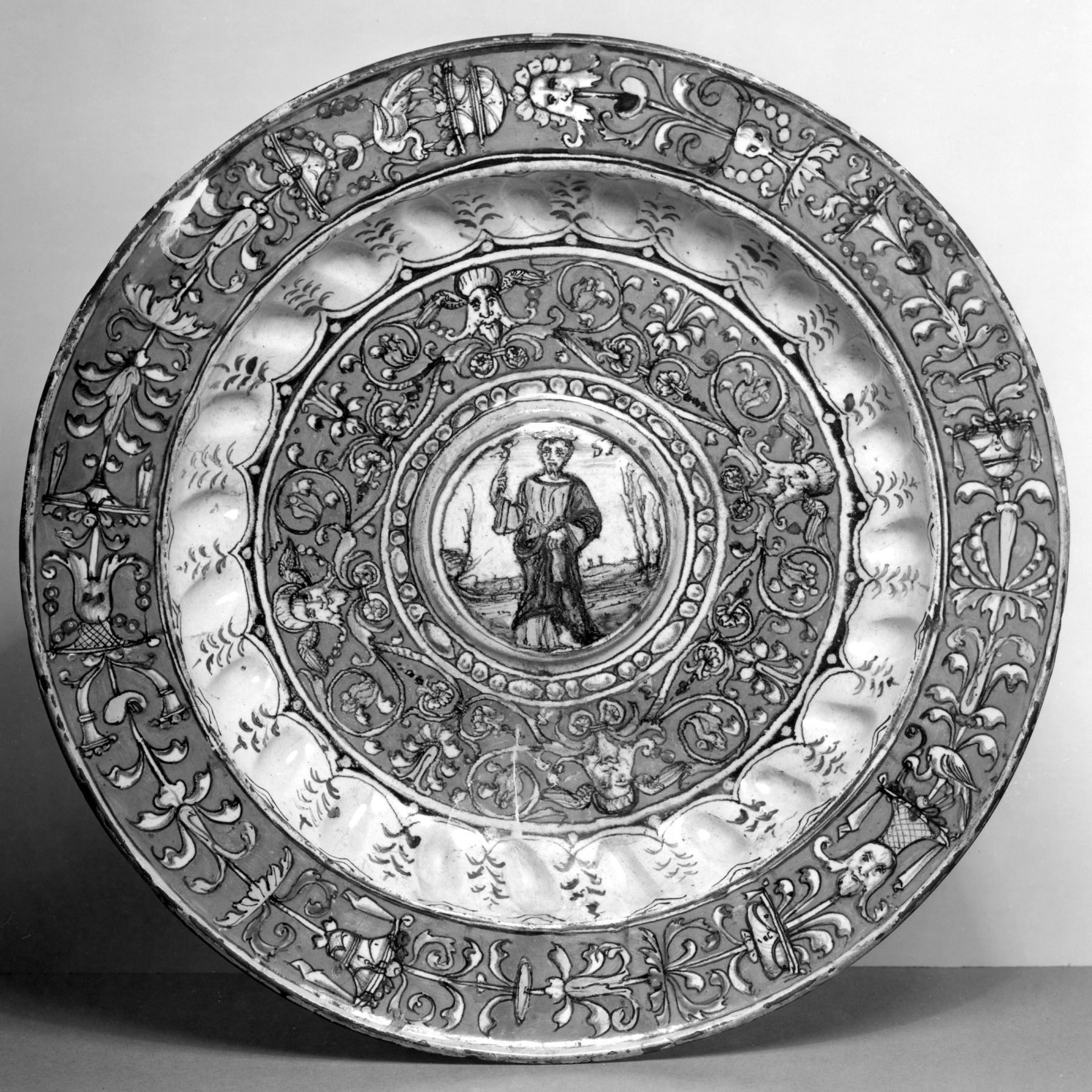 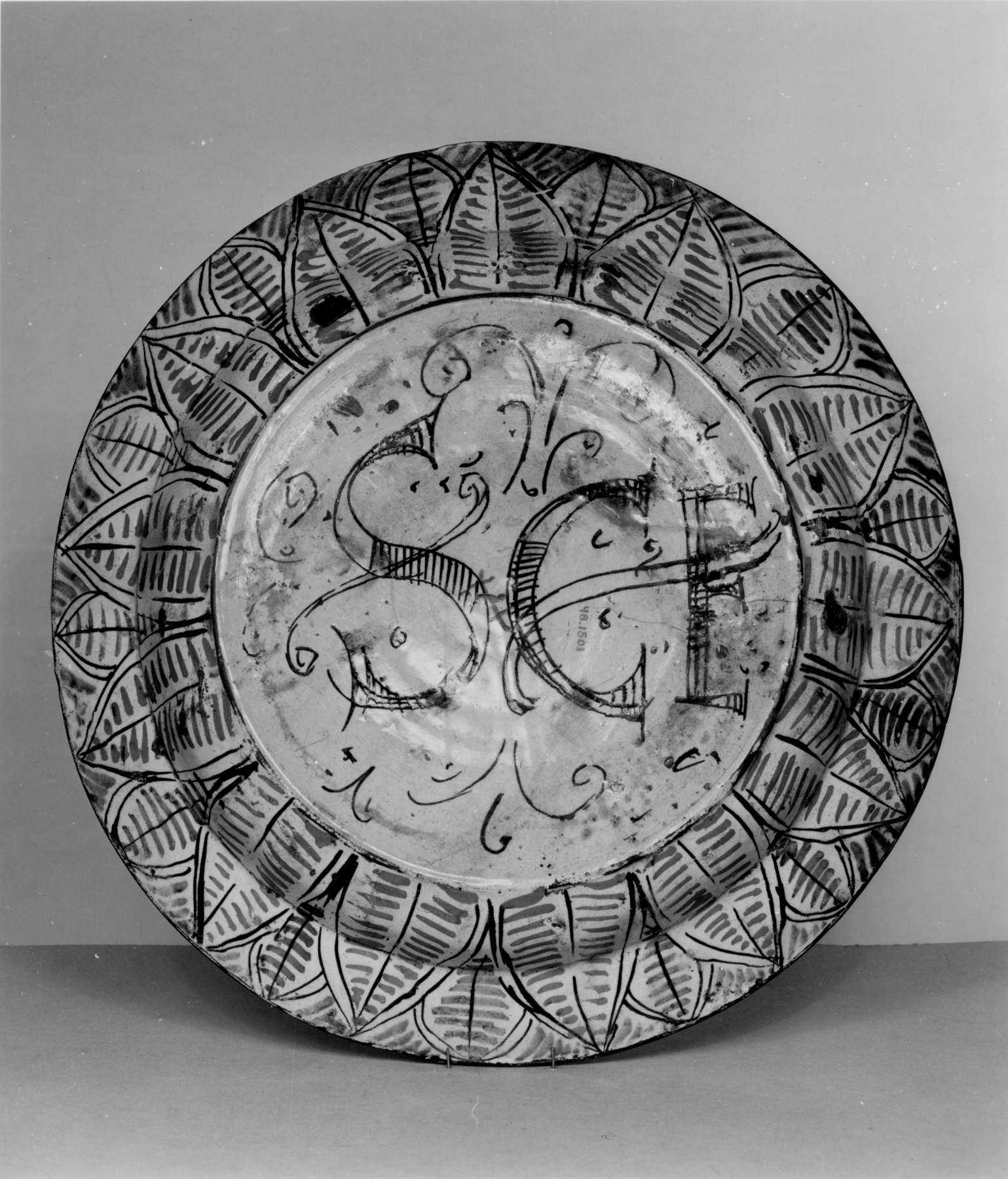 Ewer Basin with a Standing Saint

This basin was to be used for hand washing. An elegant ewer—a type of pitcher for pouring water—would have stood in the center. The combination of blue- and gold-tone glazes is typical for the decoration of Italian maiolica produced in the first decade of the 16th century.

At the center of this basin a saint stands in a landscape with the initials “S” and “SI” flanking either side of his head. The figure may be identified as Saint Simon the zealot, an apostle who preached in the near East and was martyred by being sawn in half. The distinctive, blue, yellow, ochre, and copper-green designs in the surrounding bands—called "grotesques" after the motifs found in ancient Roman paintings in grottos—are typical of Sienese art and were often depicted in maiolica wares from the early sixteenth century. On the back, the basin is decorated with a radial ring of large petals, striped with blue, ochre, and green on the outer band, while the center includes the letters “S” and “CE” (likely identifying the owner) surrounded by blue line scrolls. The molded shape of the basin was adopted from conventions in metal production. During the Renaissance period, basins like this one would have been paired with an ewer, and were often used during banquets for the washing of hands. To view other examples of maiolica basins, see 48.2112, 48.1510, 48.1320, 48.1322, and 48.1509; for more general information on “maiolica,” see 48.1336.

[Transcription] On the front, flanking either side of the saint's head, in blue: S / SI ; [Inscription] On the back center, in blue, large stylized letters crossed by paraphs and surrounded by sprigs and line-scrolls: S / CE