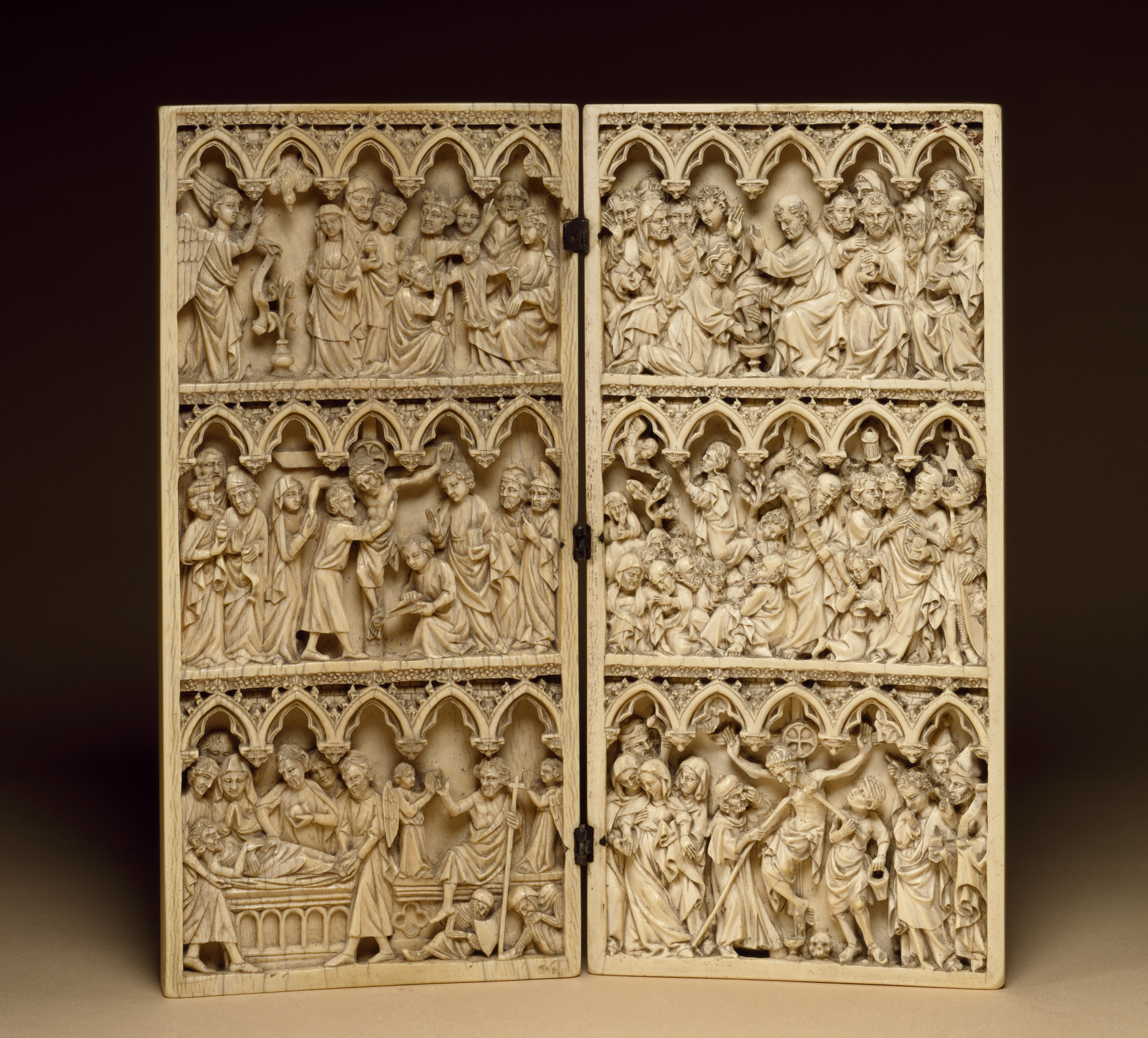 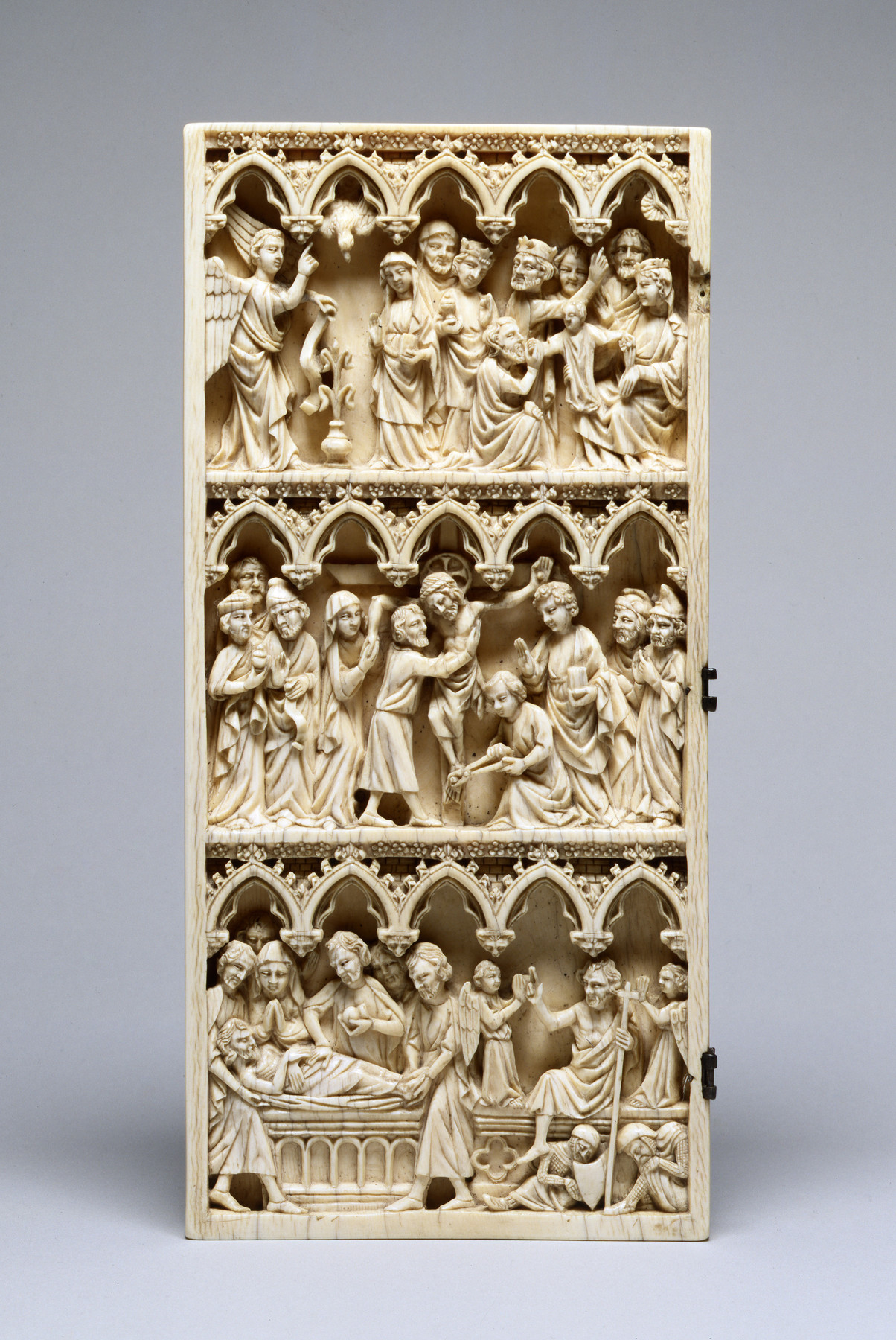 Diptych with Scenes of the Passion

This is the right leaf of a diptych, the left of which is in Lyons, Musée des Beaux-Arts. The scenes, reading from left to right, top to bottom, are: Washing of the Feet, Gethsemane, Arrest of Christ, and Crucifixion. The florid style, the rendering of the eyes, and the individual character of the curly-headed John relate this to other works by the Mainz carver known as the Master of Kremsmunster.

The Master of Kremsmunster derives his name from a diptych of the Adoration and Crucificxion in the Treasury of the Abby of Kremsmunster. His works include one diptych in the Metropolitan Museum, and about ten other works in Lyons, Berlin, Langres, and the Musée de Cluny. Although many types of enframements were used in the shop, crowded scenes are common to all the pieces, with particular attention paid to the play of light and shade in the rich compositions. The individualization of the type of John is notable, and the halo of Christ is often, but not always, carved on the Cross of the Crucifixion.

The atelier of the Master of Kremsmunster has been tentatively placed in Mainz because of the similarity of its work and the sculpture on the Memorial Portal of the Catherdral of Mainz, whose figures have the same heavy folds of drapery in violent motion as those of the master.

The second wing was given to Lyons in 1850. A false wing was made for Spitzer and appeared in his sale. 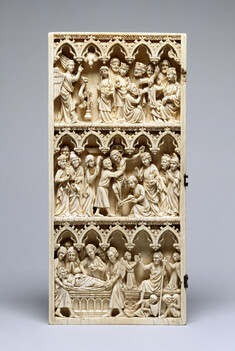 Left Diptych Leaf with Scenes of the Passion 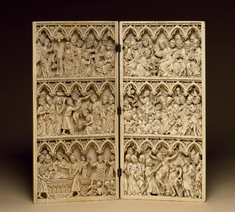 Right Diptych Leaf with Scenes of the Passion