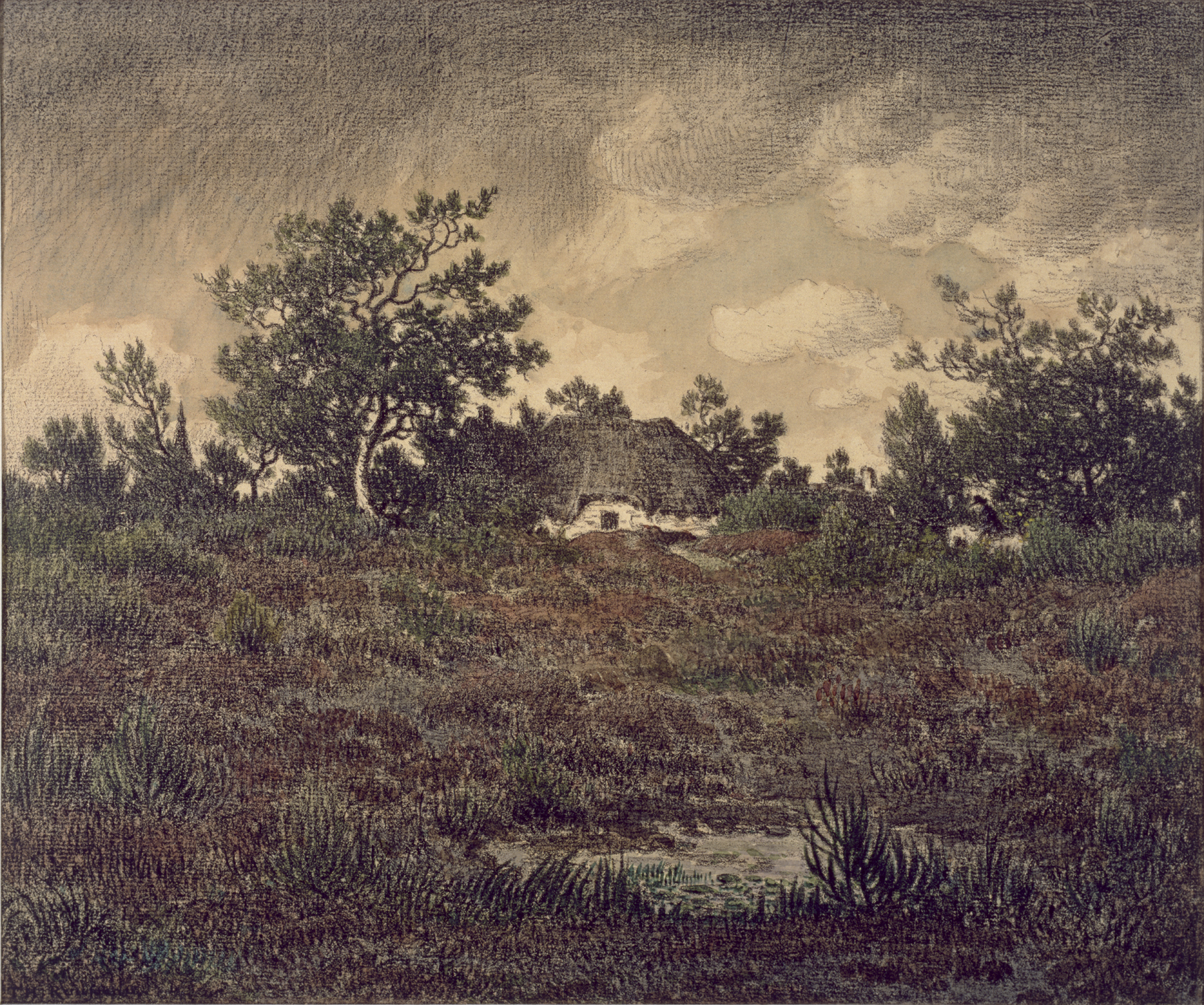 "Landscape with Cottage" represents a peasant's thatched cottage on a rise. To the left, we see the tip of a steeple and to the right a figure in blue on a white horse, perhaps returning to his cottage as lowering clouds threaten the onset of a storm. Rousseau often chose to represent rustic cottages, informed both by sites he had seen on his travels and his familiarity with the 17th-century Dutch tradition. The location of the site depicted here is uncertain. It is possible that it could be a rocky plain in the forest of Fontainebleau some two miles south-west of Barbizon, which Rousseau represented frequently, particularly in his later years. However, it is also quite possible that Rousseau did not intend here to represent a specific location but rather a more generalized and imaginative interpretation of nature.