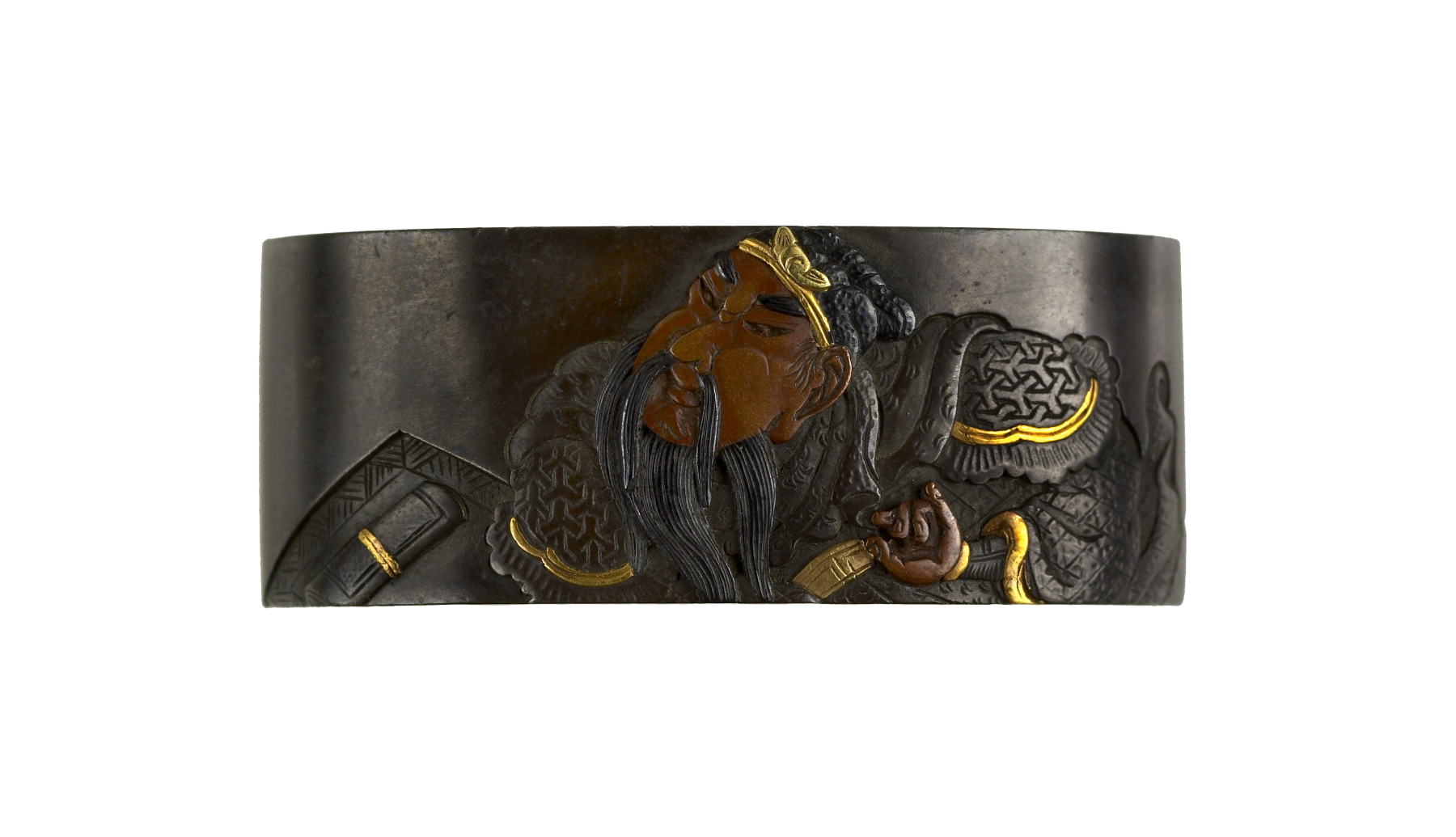 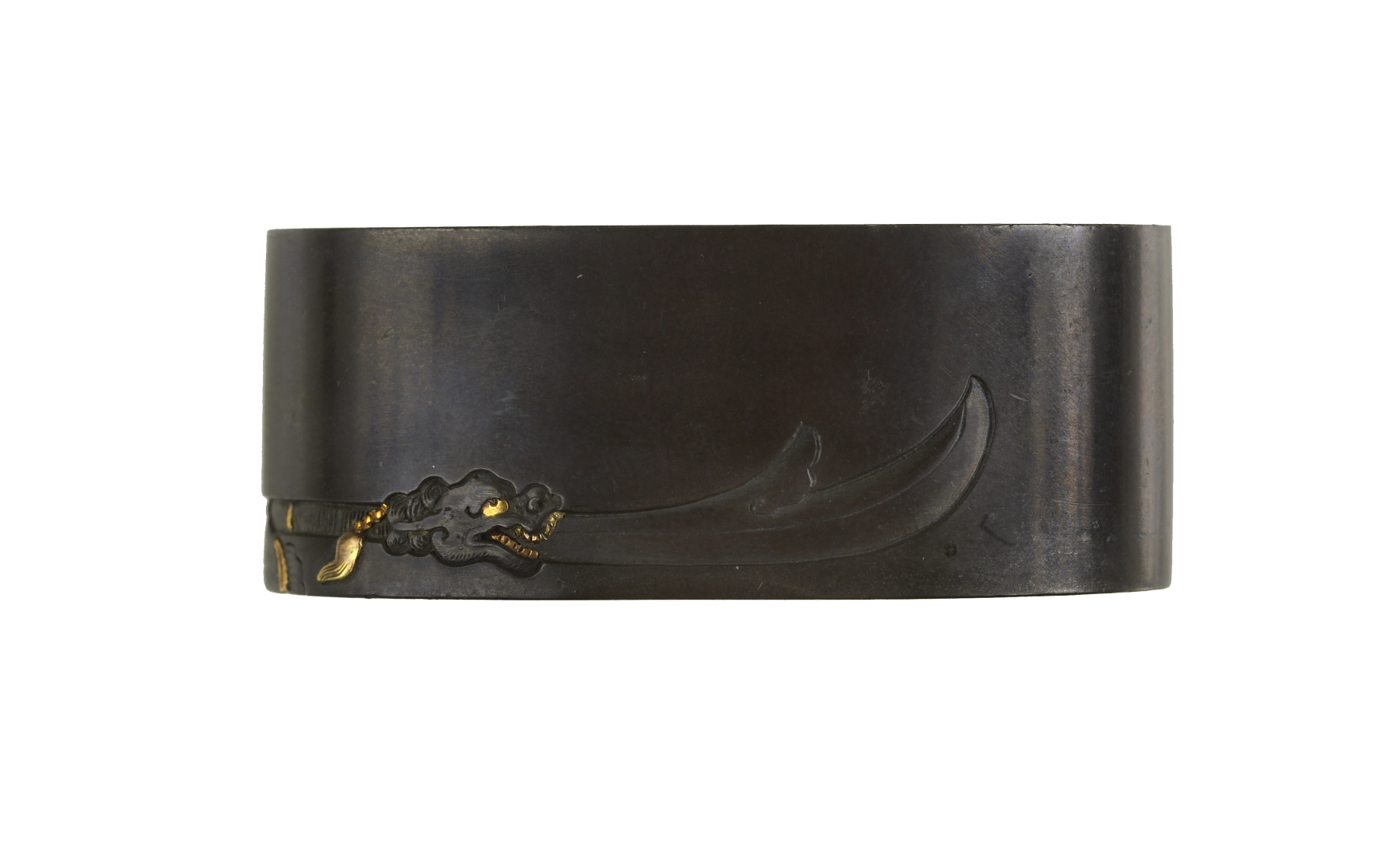 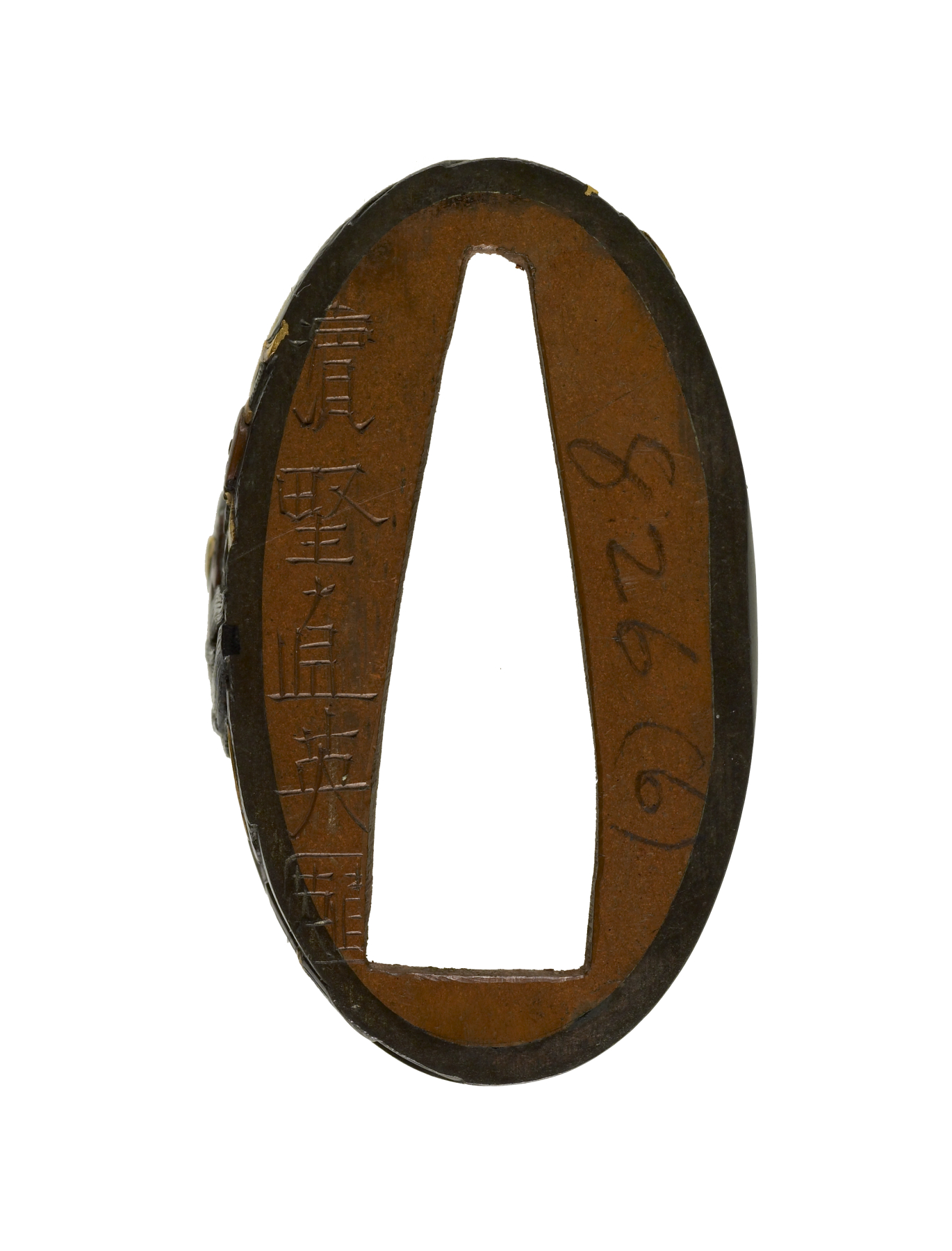 Fuchi with the Chinese General Kanyu

This is the 2nd-century Chinese general Kanyu (Ch. Guan Yu [Kuan Yu]). Stories of his activities during the Three Kingdoms period are told in the 14th-century novel "Romance of the Three Kingdoms." He is recognizable by his long black beard. A scroll is on the desk before him, and his halberd is on the reverse. This is part of a set with Walters 51.1069. 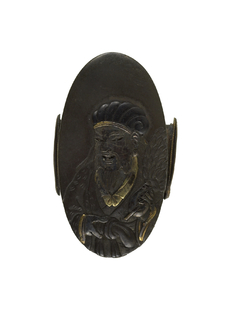 Kashira with the Chinese Emperor Gentoku