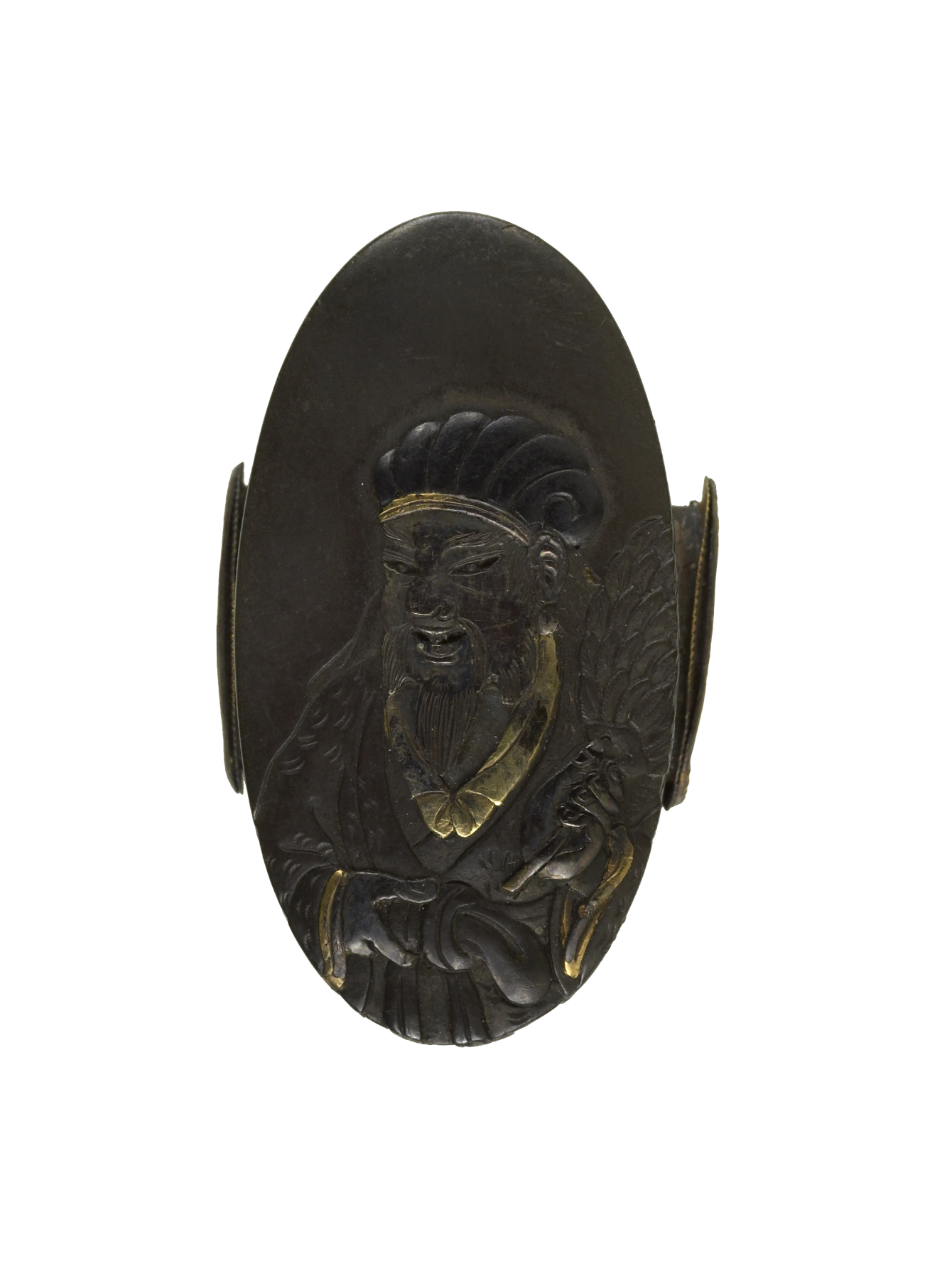 Kashira with the Chinese Emperor Gentoku

Gentoku (Ch. Liu Bei [Liu Pei]) (161-223) was the first emperor of the Kingdom of Shu at the beginning of the Chinese Three Kingdoms period. His rise to power is one of the subjects of the 14th-century novel "Romance of the Three Kingdoms." This is part of a set with Walters 51.1068.

Fuchi with the Chinese General Kanyu