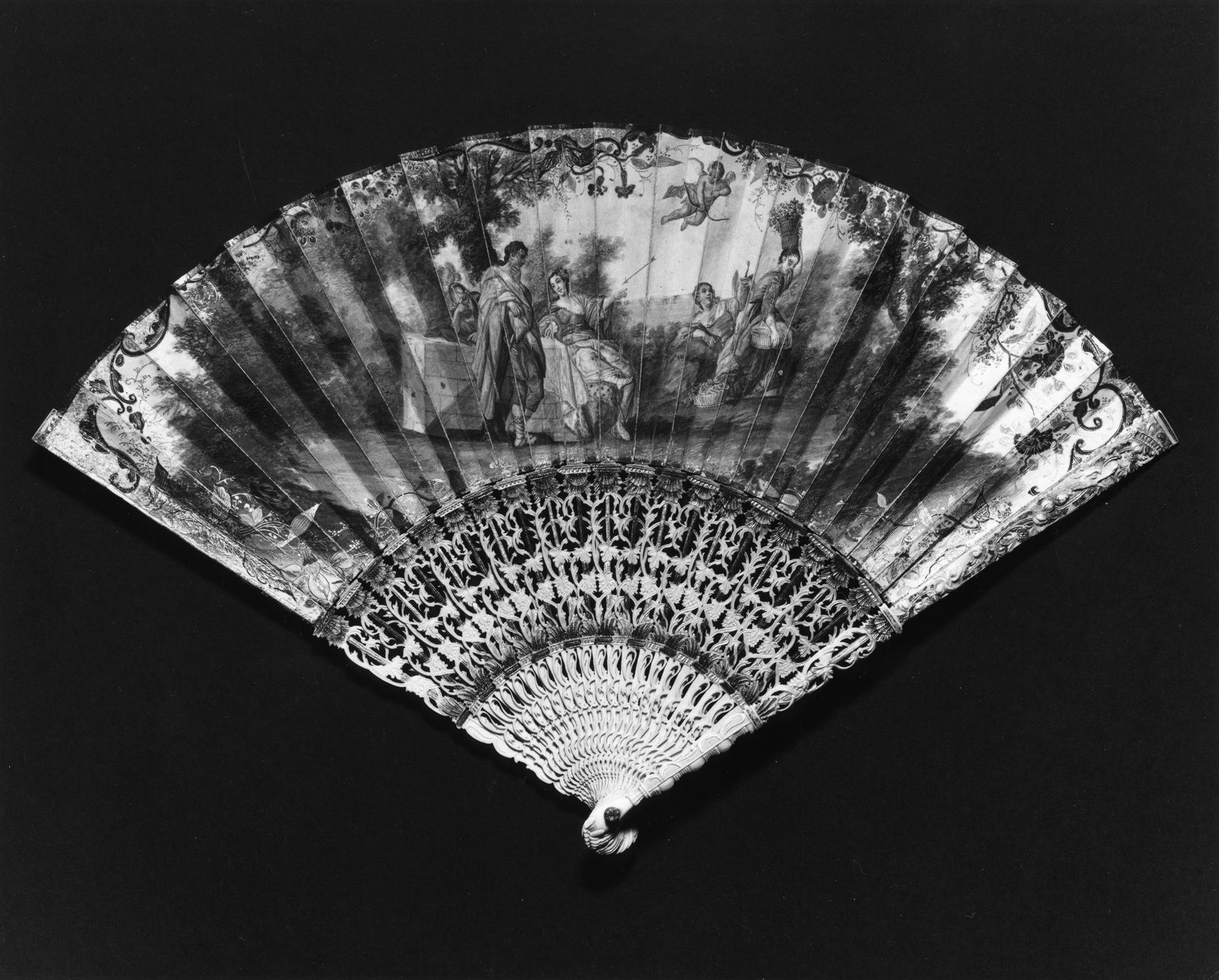 The ivory fan sticks are carved with stylized trellises bearing grapes. On the upper portions of the end sticks, monster heads devour fruit. Coloring and gilding have been applied to complement the painted decoration of the paper fan leaf. The studs are amethyst-colored pastes.

On the obverse of the fan leaf is a bucolic classical scene in which a cupid hovering overhead shoots his arrow at a young woman. She is seated beside an altar and gazes at a young man who stands before it. Behind, a helmeted figure rests an elbow on the altar; at the right are two women, one reclining with a bird in her hand and the other balancing a pannier of flowers on her head and carrying a basket under her arm. On the reverse is a pastoral scene in which a woman in peasant attire summons her dog.