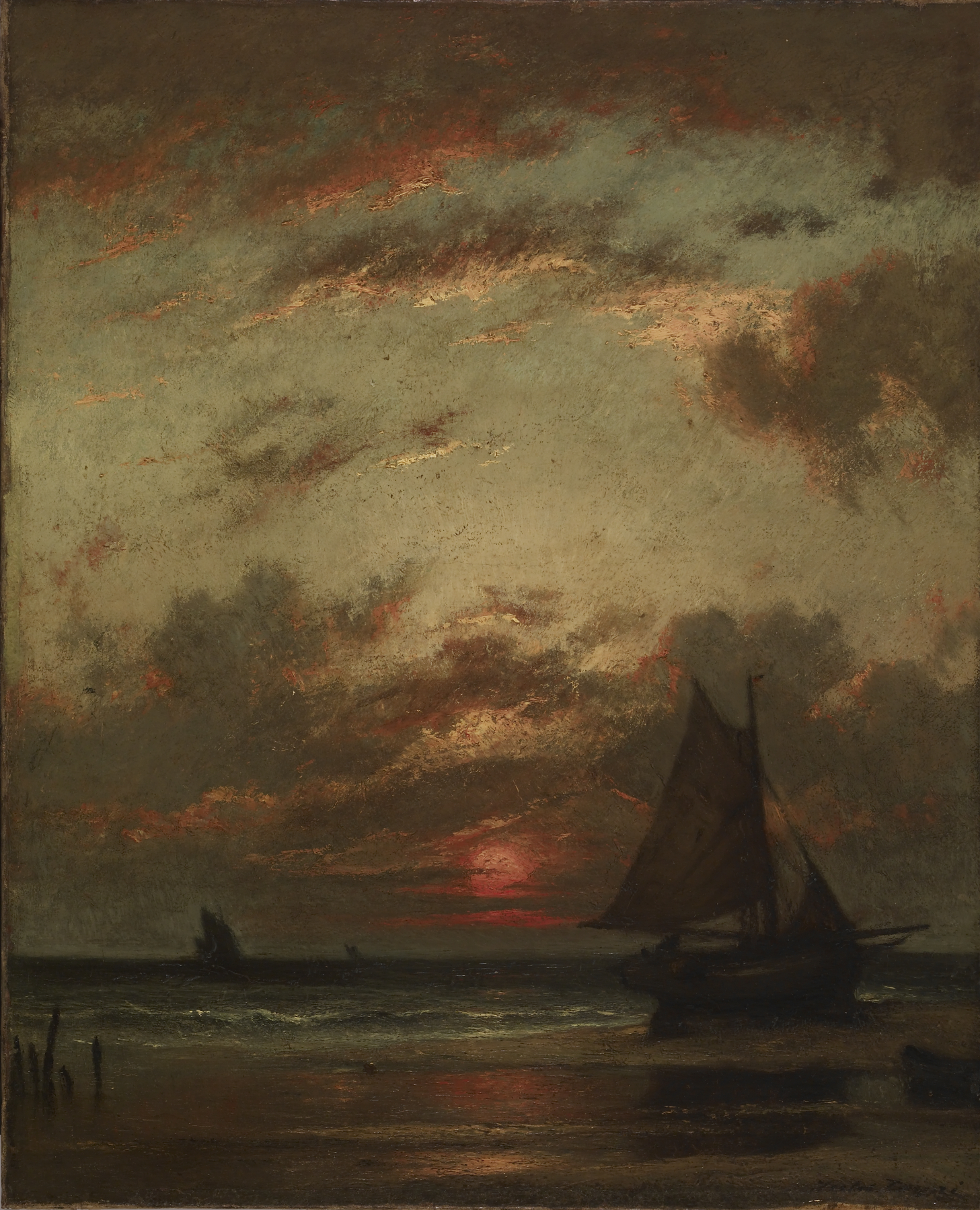 Sunset on the Coast

In the 1830s, Dupré helped to transmit the influence of the English landscape tradition to France. During the last two decades of his life he concentrated on marine painting, acquiring a house at Cayeux-sur-Mer on the Normandy coast where he stayed annually for this purpose. His late paintings are characterized by low horizons, intense colors, and thickly applied paint. Here, the golden sun silhouettes fishing boats on a calm sea.