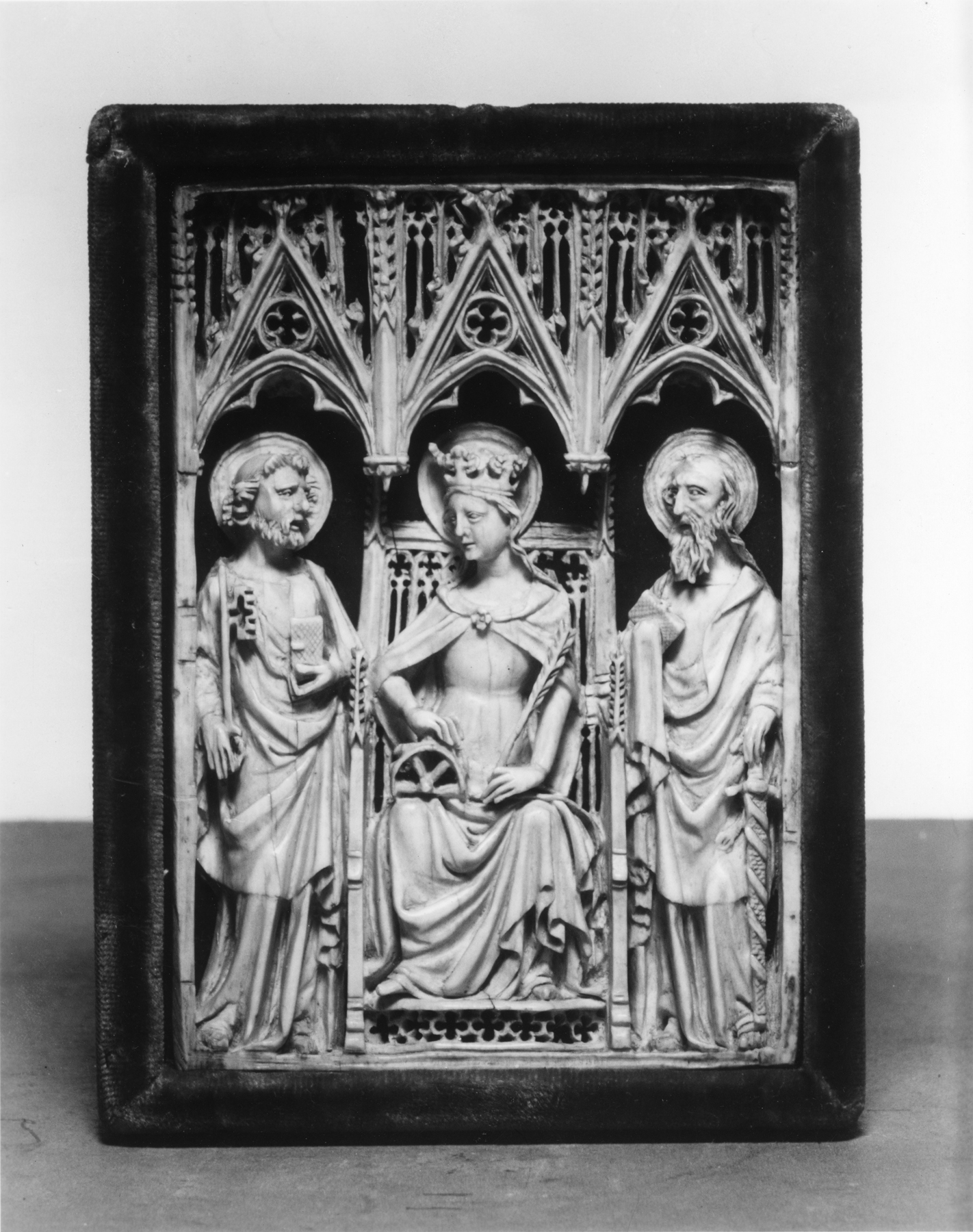 This panel is carved in openwork and shows St. Catherine enthroned between the standing figures of St. Peter and St. Paul. Formerly described as dating from the 14th century, the piece has been identified as an early 19th-century creation by the 'Master of the Agrafe Forgeries', based on the unusual iconography and details such as the carved haloes and the agrafe of Saint Catherine, which are not consistent with late medieval ivories.