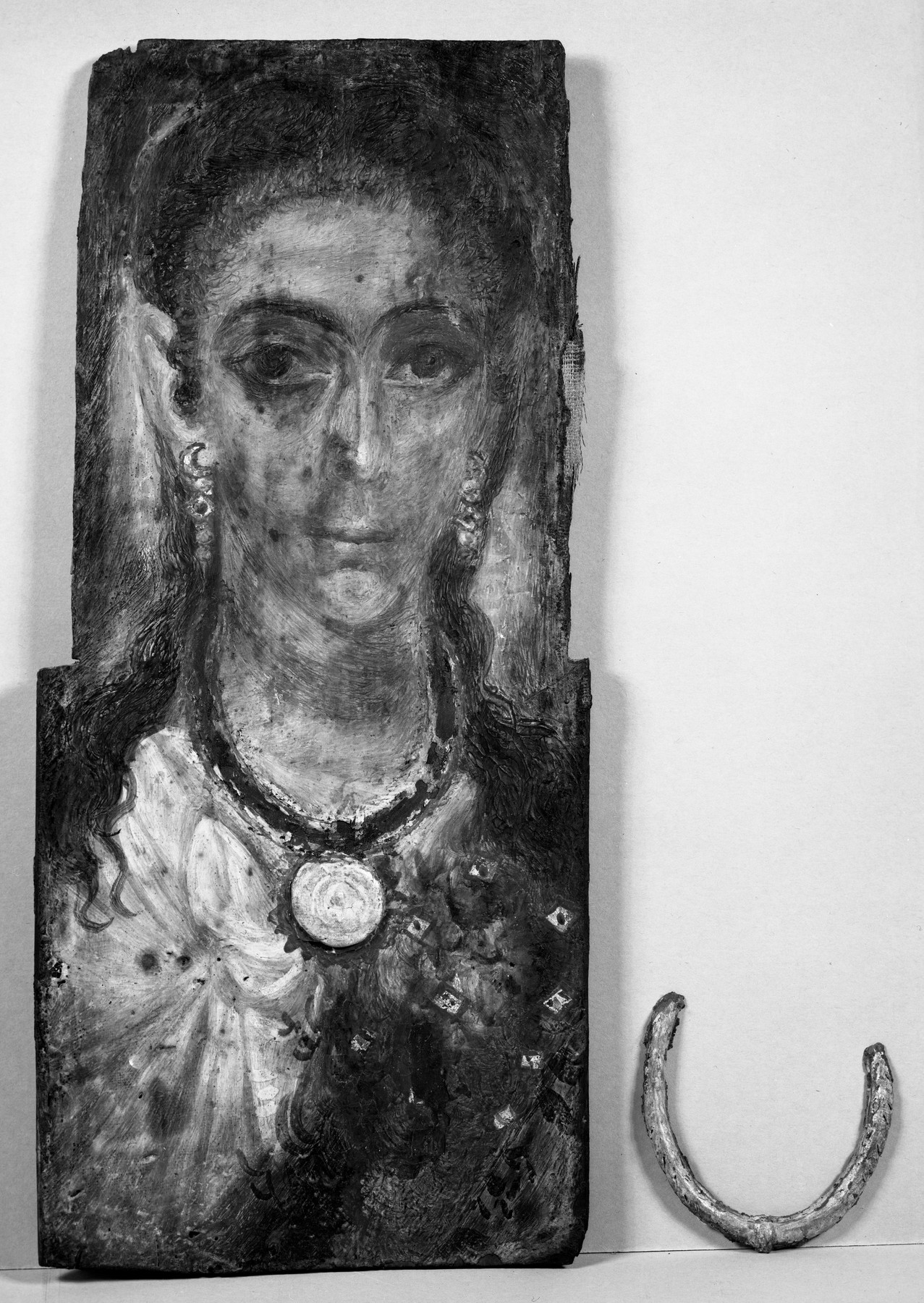 Panel Portrait of a Woman

The woman portrayed here is richly adorned with jewelry, from her gold and pearl earrings to the gold embellishments on her purple garment to her heavy gold necklace. The raised shapes are created with plaster, and the gold elements are gilded. The central design of the large disc pendant appears to be a gold coin, and examples of Roman and Late antique jewelry that incorporates gold coins have survived. The woman’s white garment is tied in a knot that may connect her to the cult of the goddess Isis. The shape of the panel—narrower around her head and broader at her shoulders—is thought to be characteristic of mummy portraits from the city of Antinoöpolis, Egypt. This panel is unusually thick, and remnants of cloth are stuck to the sides and back.

Prior to the Roman Period, the likeness of the deceased on the mummy mask, coffin, and sarcophagus was an idealized representation that conformed to the general style of the period. With the arrival of Roman rule in Egypt, mummy portraits became increasingly naturalistic. The portraits were placed over the head of the deceased and secured by the linen strips that bound the mummy. The subjects of the portraits are generally shown in the prime of life and are often shown adorned in luxurious garments and jewelry.