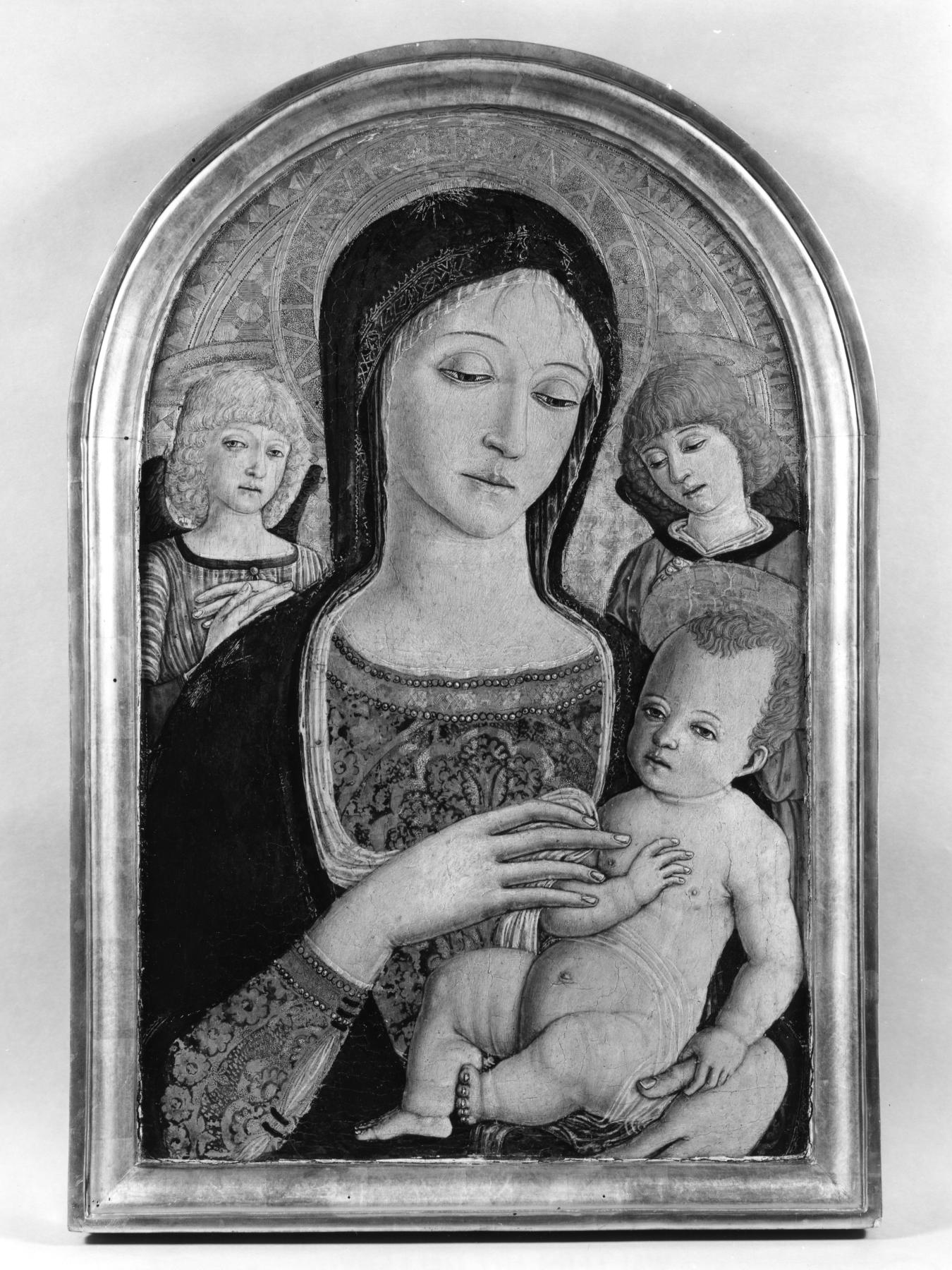 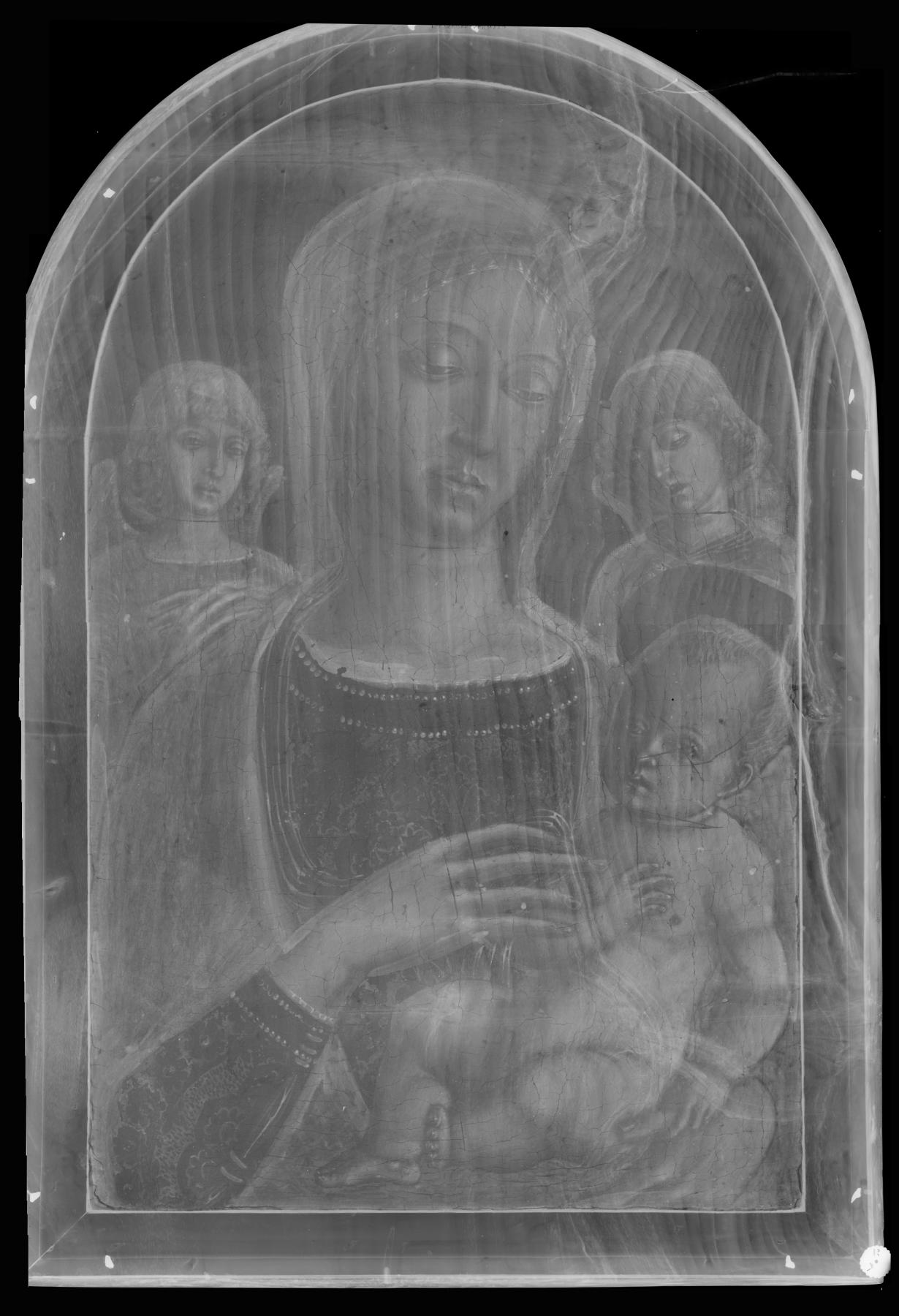 Madonna and Child with Two Angels

The Virgin Mary was considered protector of the city of Siena thanks to the local tradition that—by means of divine intervention—she helped the city secure its independence from its rival, Florence, in a battle that took place in 1260. Intimately-scaled images of the Madonna and Child became popular in Sienese households throughout the following centuries, where they served as expressions of Christian devotion as well as civic pride. This example by Guidoccio Cozzarelli follows the conventional Sienese format in depicting the figures on an arched-top panel, at half-length and close up, allowing them to seem immediately accessible to the viewer. Also typically Sienese is the retention of the elaborately-tooled gold background, which by the time this work was painted in the 1480s had gone out of fashion in other cities like Florence but remained popular in Siena, where they brought to mind paintings from the city's artistic “Golden Age” of the 1300s. For a comparable Sienese devotional painting, see the Walters’ painting by Cozzarelli’s teacher, Matteo di Giovanni (37.1038).