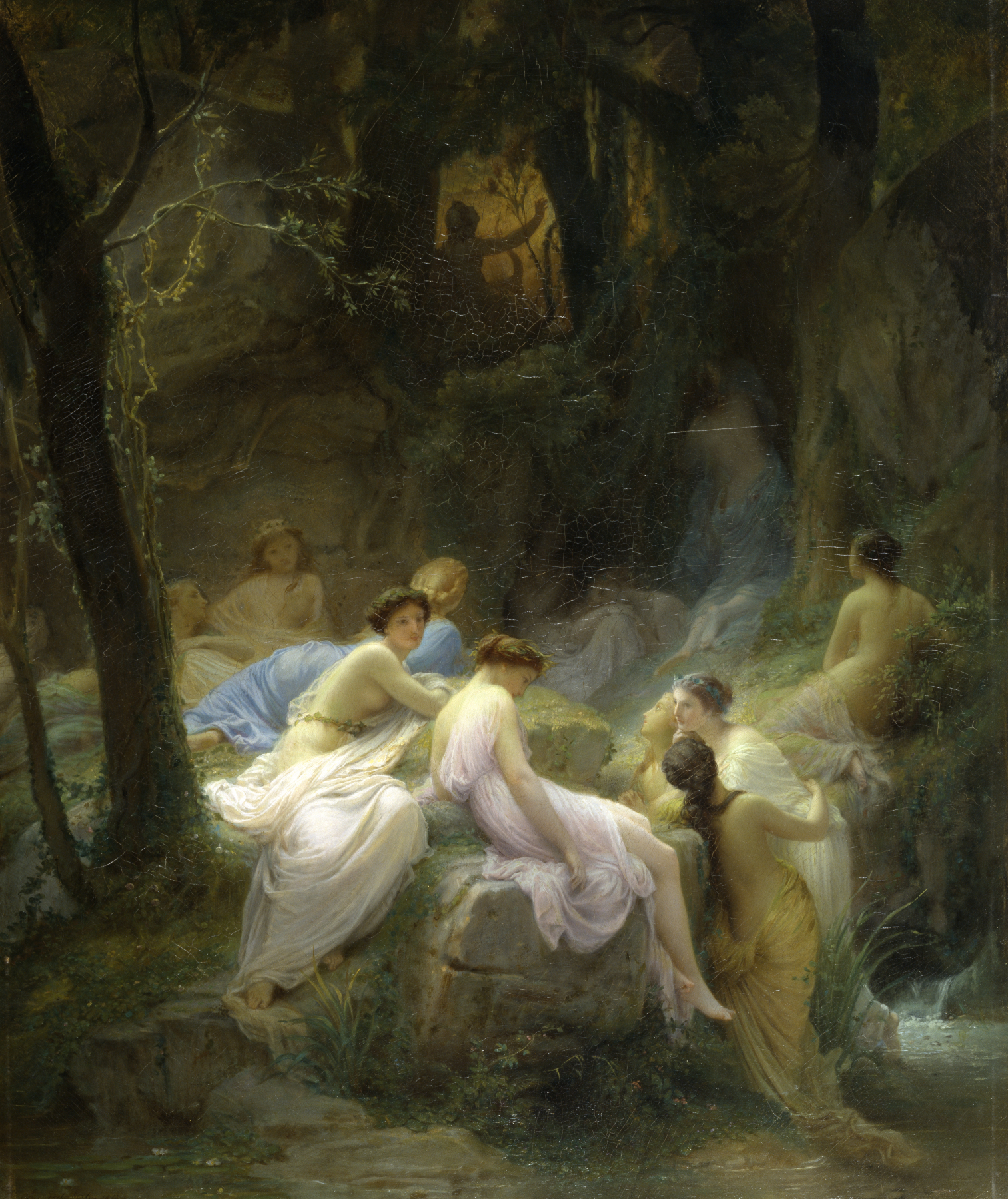 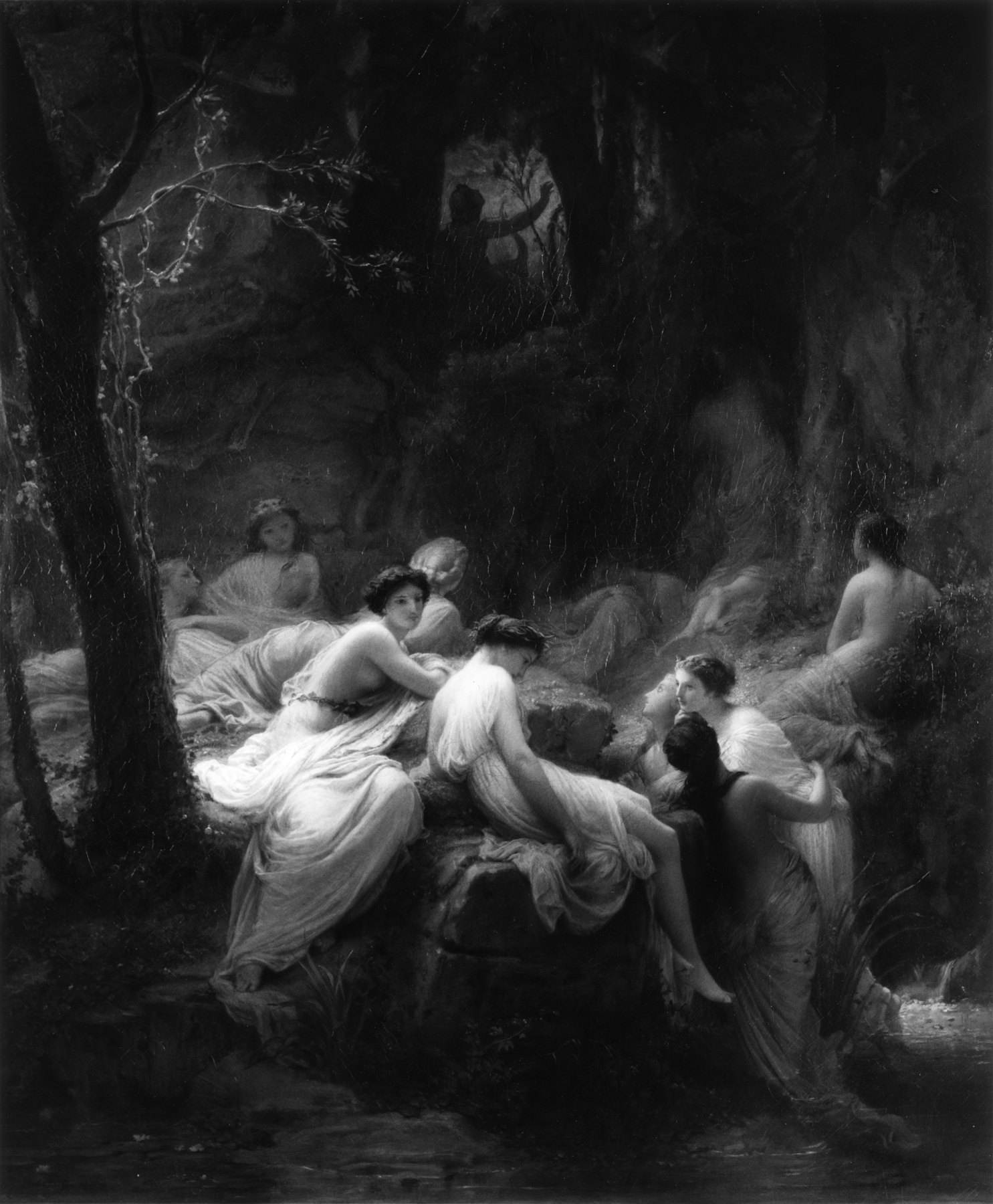 Nymphs Listening to the Songs of Orpheus

Jalabert was praised by his contemporaries for his subtle, refined renderings of historical genre scenes. In this painting, which was exhibited at the Paris Exposition Universelle in 1855, he shows Orpheus, the legendary poet of ancient Thrace (Greece), enthralling with his music nymphs reclining on the bank of a stream.