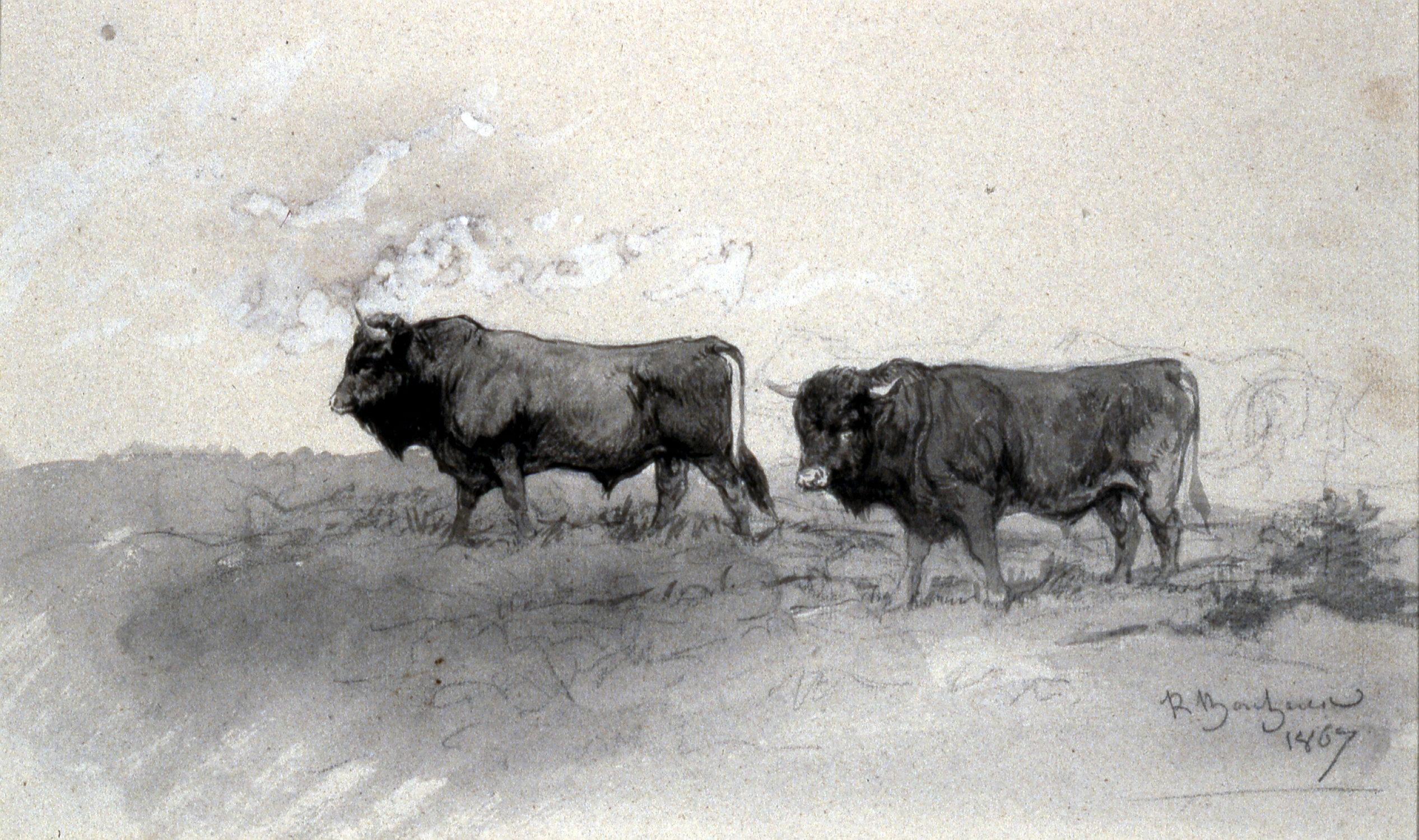 Rosa Bonheur was the most successful female artist of the19th century. She specialized in paintings of animals. Bonheur's art was underpinned by detailed, analytical study, and she is known to have visited slaughterhouses and dissected animals to acquire an understanding of anatomy. In the 1850s, she also kept a collection of horses, sheep, and goats in her Paris studio for study purposes. Later, she kept an even larger menagerie, including lions, at her château in By at the edge of the Forest of Fontainebleau, where she moved in 1860 and lived for the rest of her life ("Rosa Bonheur," Bordeaux, 1997).

Acquired by William T. Walters, before 1879