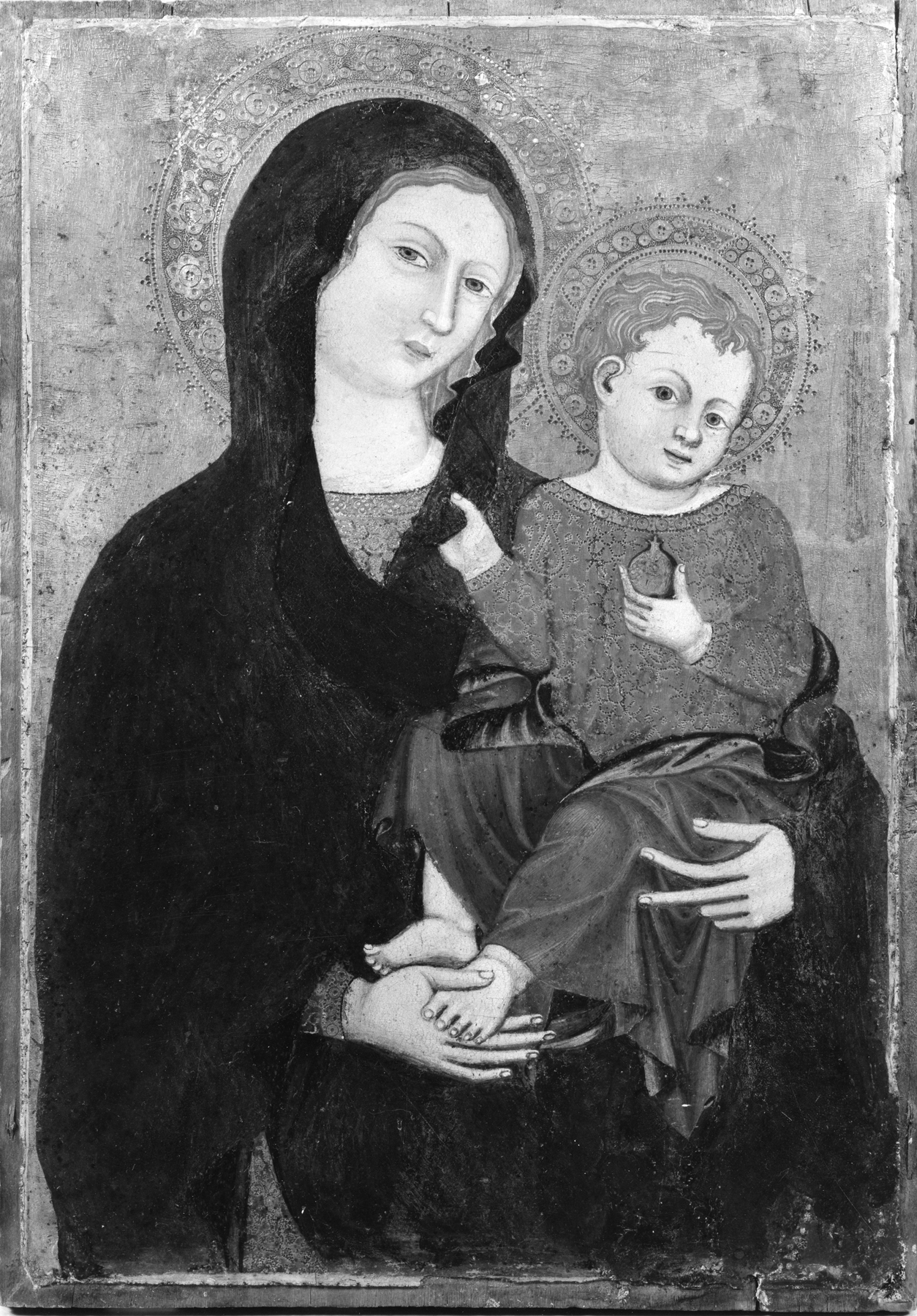 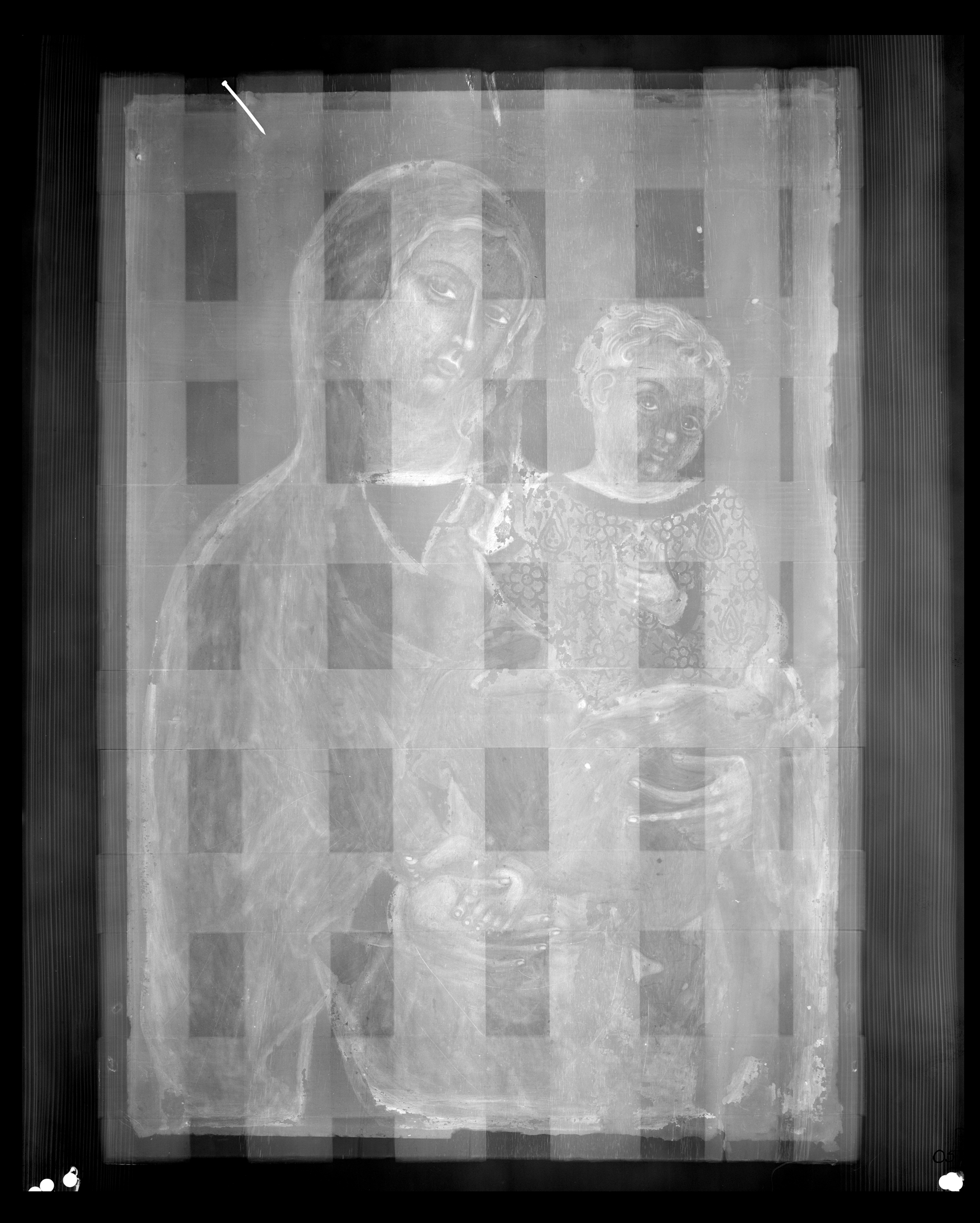 The intimate scale of this painting suggests it was intended for private devotion in a home. The Madonna is dressed in a dark mantle over an elaborately patterned robe of red and gold. The Infant Christ, seated in her arms, wears a similarly lavish tunic of red and gold with a heavy purple robe draped over his knees. Christ holds onto his mother’s mantle and presents the viewer with a miniature pomegranate. On account of their bright red seeds, pomegranates were a popular symbol of Christ's blood and sacrifice.

The painting is one of only a few attributed to Francesco d’Antonio Zacchi da Viterbo, called Balletta, whose body of work is assembled around one signed and dated (1441) altarpiece in the church of S. Giovanni in Zoccoli, Viterbo. This Walters painting probably dates from around 1450, around the same time as the "Madonna and Child Enthroned with a Donor" at the Museo Civico, Viterbo, traditionally attributed to Francesco and painted in the same flat yet contoured and decorative style.