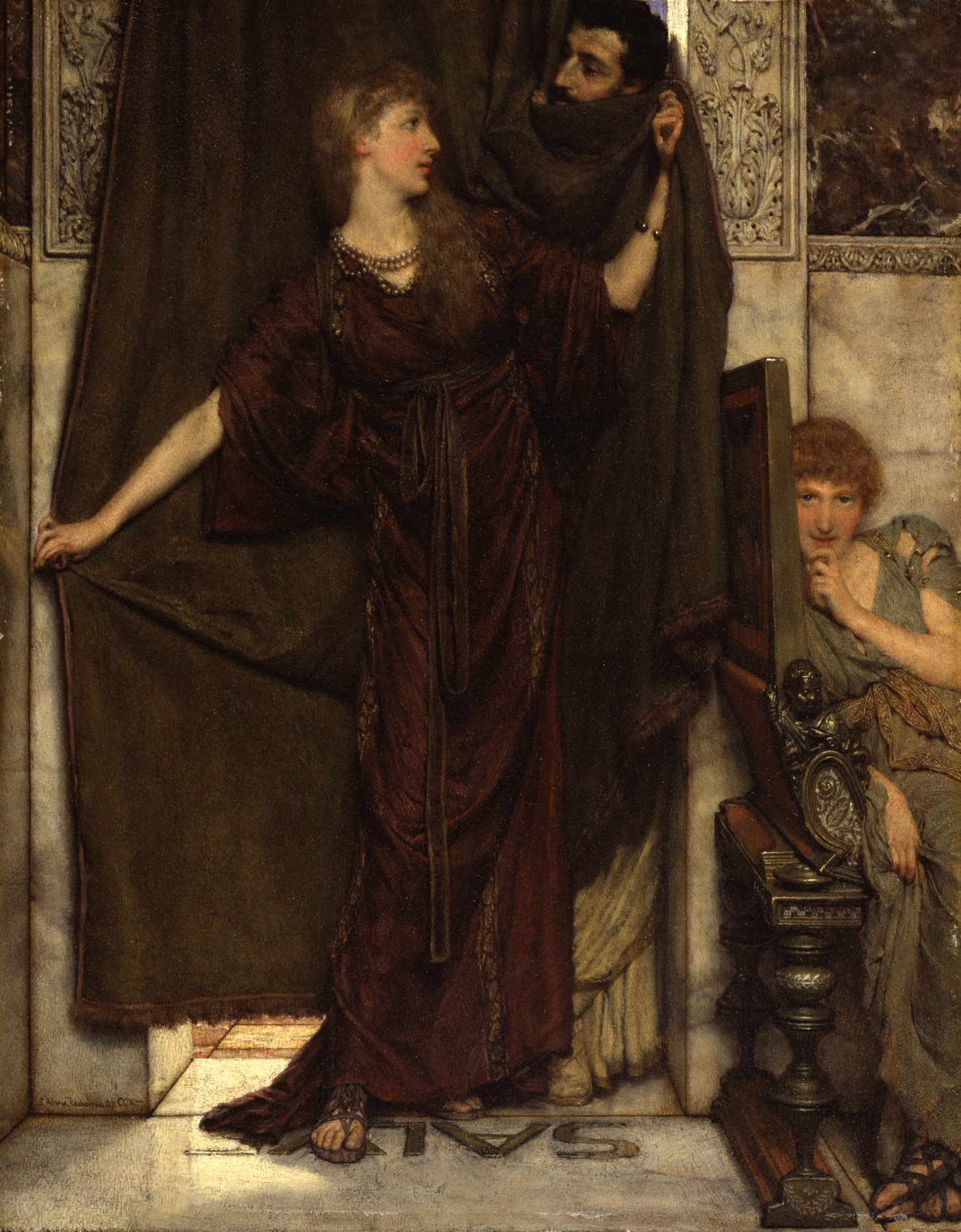 My Sister Is Not In

Alma-Tadema was born in Friesland, the Netherlands, but was trained in Belgium. After the death of his first wife in 1870, he moved to London where he developed a reputation for his seemingly accurate reconstructions of genre scenes set in ancient Rome. Here, a Roman maiden closes a curtain in an unconvincing attempt to conceal her sister from a suitor. Alma-Tadema's wealthy British patrons could readily relate to the individuals he portrays: members of the upper class in an era of affluence.