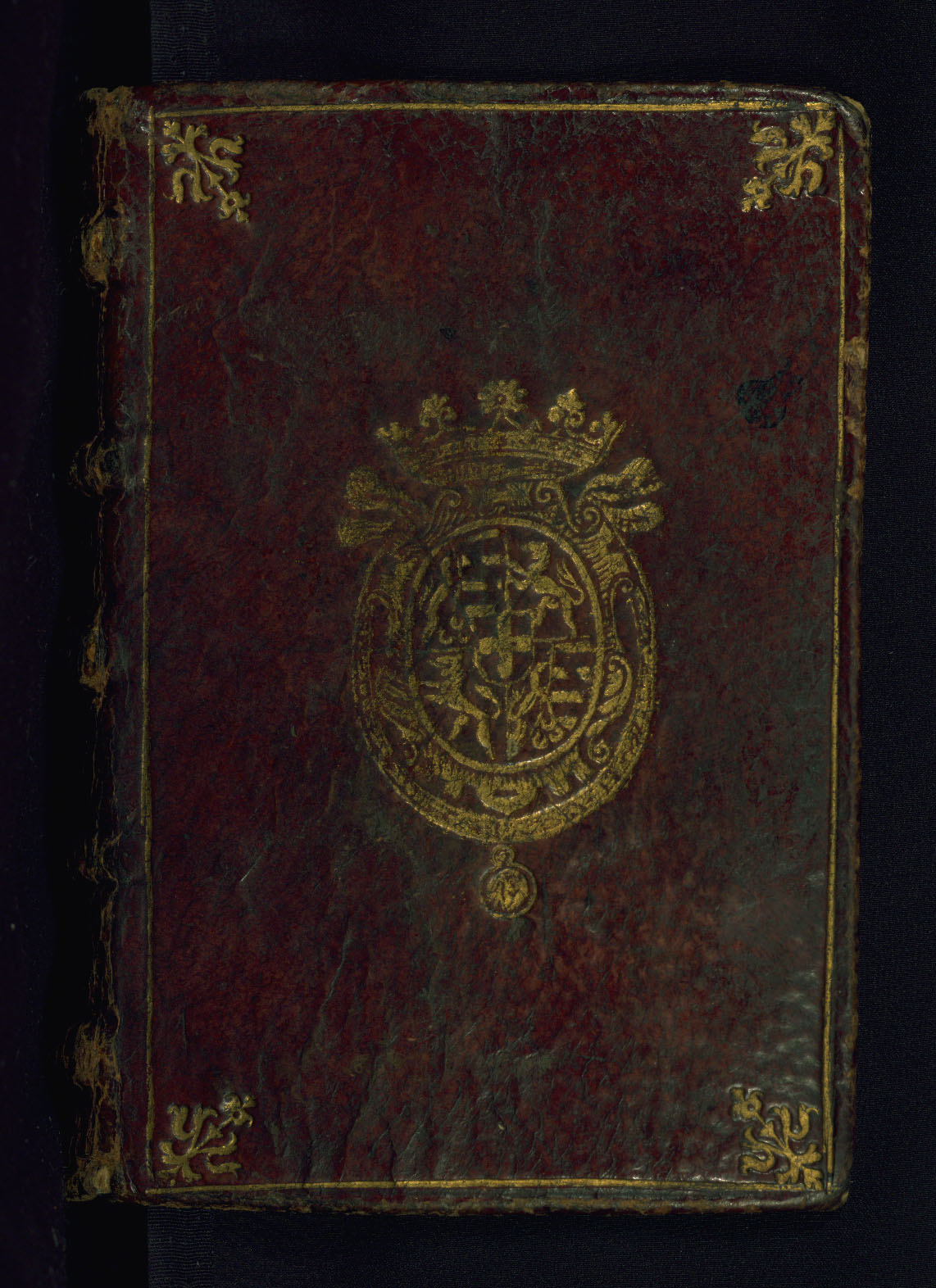 This small Book of Hours, made for use in the diocese of Cambrai ca. 1300-10, is especially interesting for its profusion of humorous drolleries. Humans, animals, and hybrids are featured in the margins of each page of the book. Small scenes record a variety of activities, such as cooking, playing games, climbing, fishing, making music, and dancing. Heiner Gillmeister has argued that two of these scenes depict the earliest known images of tennis being played. These drolleries amused the faithful during their prayers, while showing scenes that work as metaphors for the soul fighting the vices. The original female owner seems to have been established in the diocese of Cambrai, judging from the use of the Office of the Dead. A number of signatures on the leaves at the beginning and end of the manuscript provide the book with a rich provenance. A priest in the sixteenth century wrote a message in code on fol. 1v asking that the book be returned to him if lost. Members of the ducal house of Savoy owned this book in the seventeenth century, as evinced by the gilt armorial shield of Charles Emmanuel II (1634-75), duke of Savoy, stamped on the covers.

[1] Inscription on fols. 1v and 3r: Johannes boudardus canonicus regularis sancti Petri Tarentasiensis Iohan(?) philippe boudard. Name is repeated on fols. 197-202r and signed and dated on fol. 201r
[2] Inscription with his request to return the book if lost written in code assigning the numbers 1 to 5 to the vowels a to u on fols. 1v-2r: "Ces presentes heures sont a messir Jehan Cedati prestre de noustre Dame de Grenoble et qui les trouvea leu rende"
[3] Cross of Savoy in shield on fol. 198r; armorial shield of Charles Emmanuel II, duke of Savoy, 1634-75, on binding
[4] No. 1300 on front pastedown 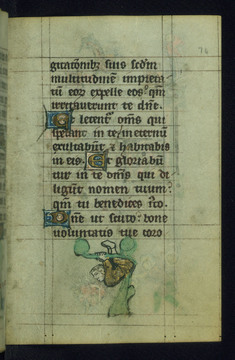 Youth Swinging from a Tree 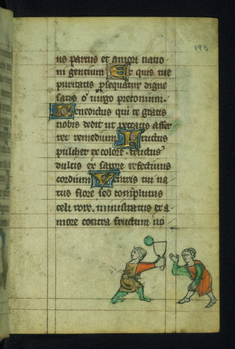 Leaf from a Book of Hours: Men Playing Tennis