This Book of Hours was named the Doffinnes Hours after Franchoise de Doffinnes, who owned the book in the late sixteenth century and whose family's subsequent history remains chronicled on the book's final folios. However, the manuscript was originally made in the first quarter of the fifteenth century, probably for a married couple, who were originally represented kneeling with scrolls and their coats of arms in the margins, flanking a full-page miniature of the Crucifixion (fol. 72v), but whose figures and arms were later erased and overpainted with white. The manuscript contains both Latin and Dutch texts, supplemented by twelve full-page miniatures, the work of the Master of Walters 185. The manuscript also contains twelve pen-and-ink decorated initials in the calendar, some with grotesque faces, and letter "G" descenders throughout the book that can be attributed to the scribe Johannes de Malborch. The books original Dutch provenance is indicated by its calendar (for the Use of Utrecht) and its Hours of the Virgin, which follows predominantly the Use of the Windesheim Congregation. Prayers in Dutch were added to the end of the volume in the late fifteenth or early sixteenth century, and the book was subsequently rebound with its current cream-colored parchment binding of the seventeenth or eighteenth century. 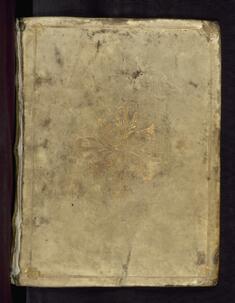 Binding from Book of Hours 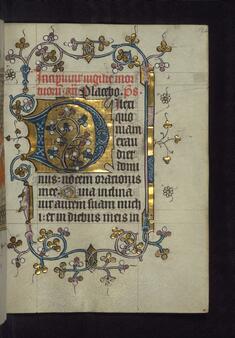 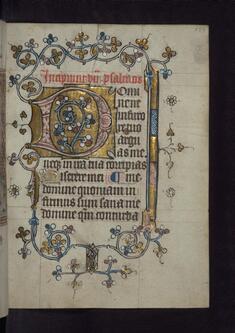 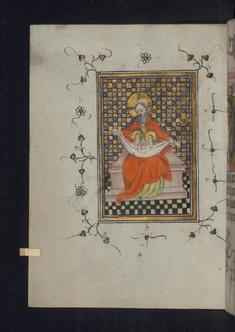 Souls in the Bosom of God 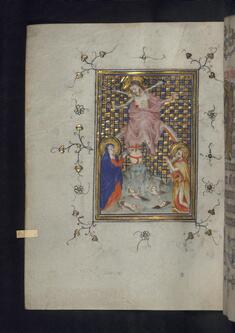 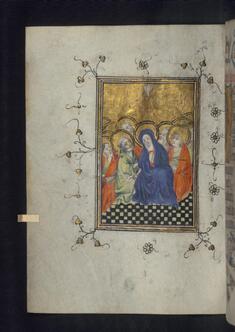 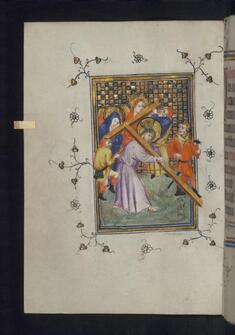 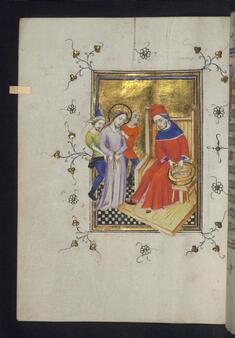 Initial D with Madonna and Child 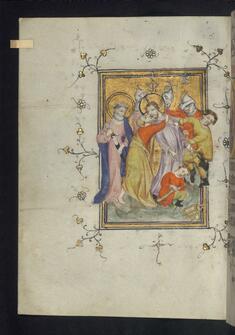 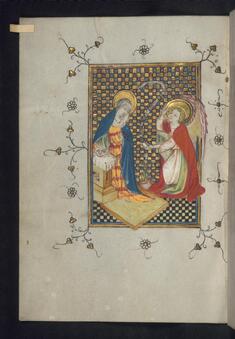 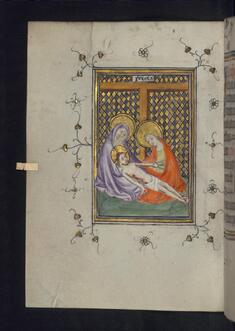 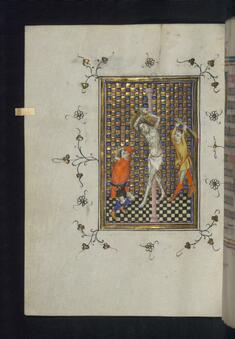