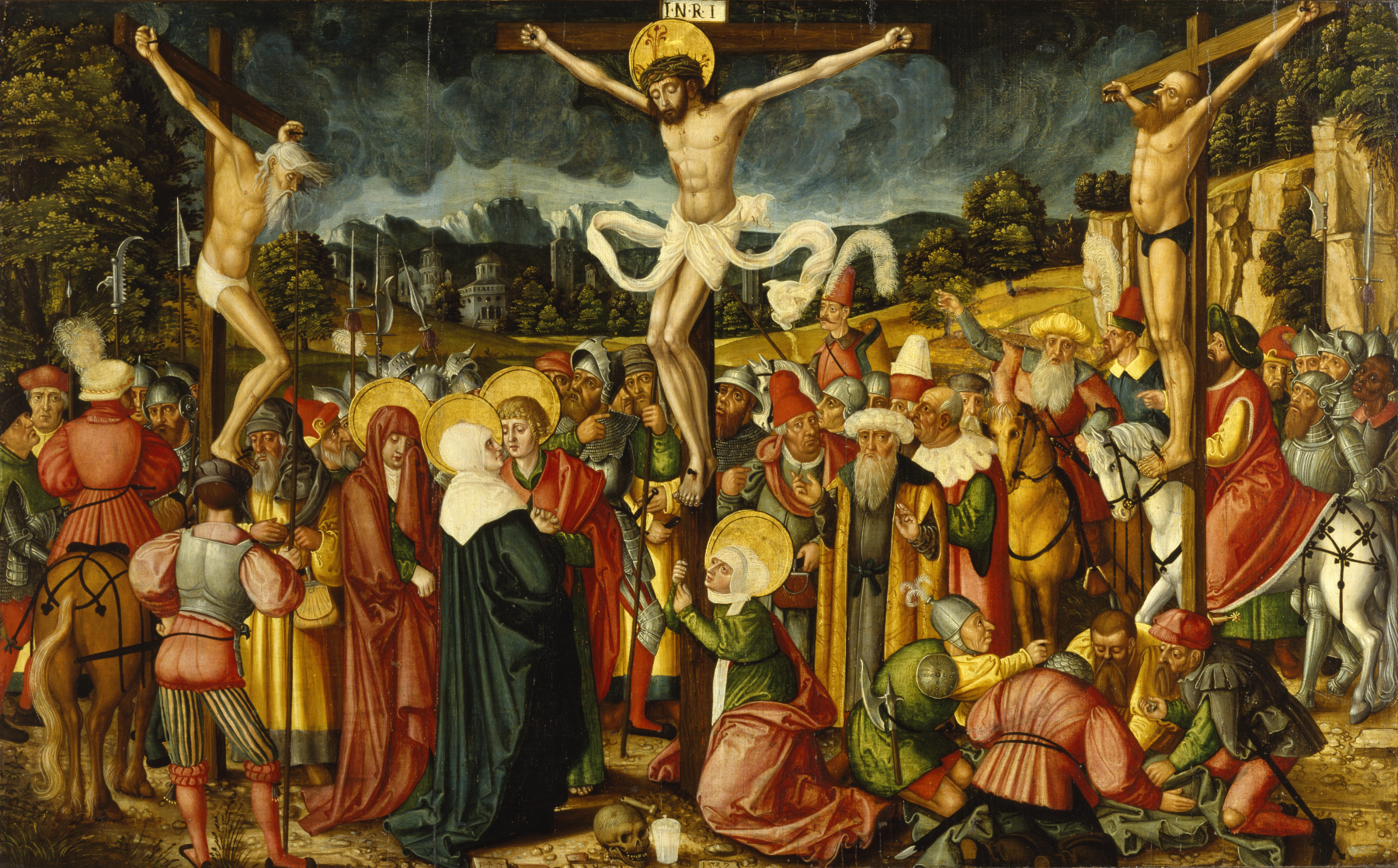 This is the only identified religious painting by Peter Gertner, who was best known as a portrait artist. Here he uses the skills he honed as a portraitist to introduce distinctive details of costumes, facial expressions, and gestures for both the historical and contemporary figures gathered beneath the Cross. The crowd includes men of many origins: Jewish, Turkish, German, and African. This diversity would both intrigue the viewer and remind him or her of the universal message of the scene.

Gertner's monogram consists of a spade with his initials. It is a play on his name, a variation on "gardener" in German.