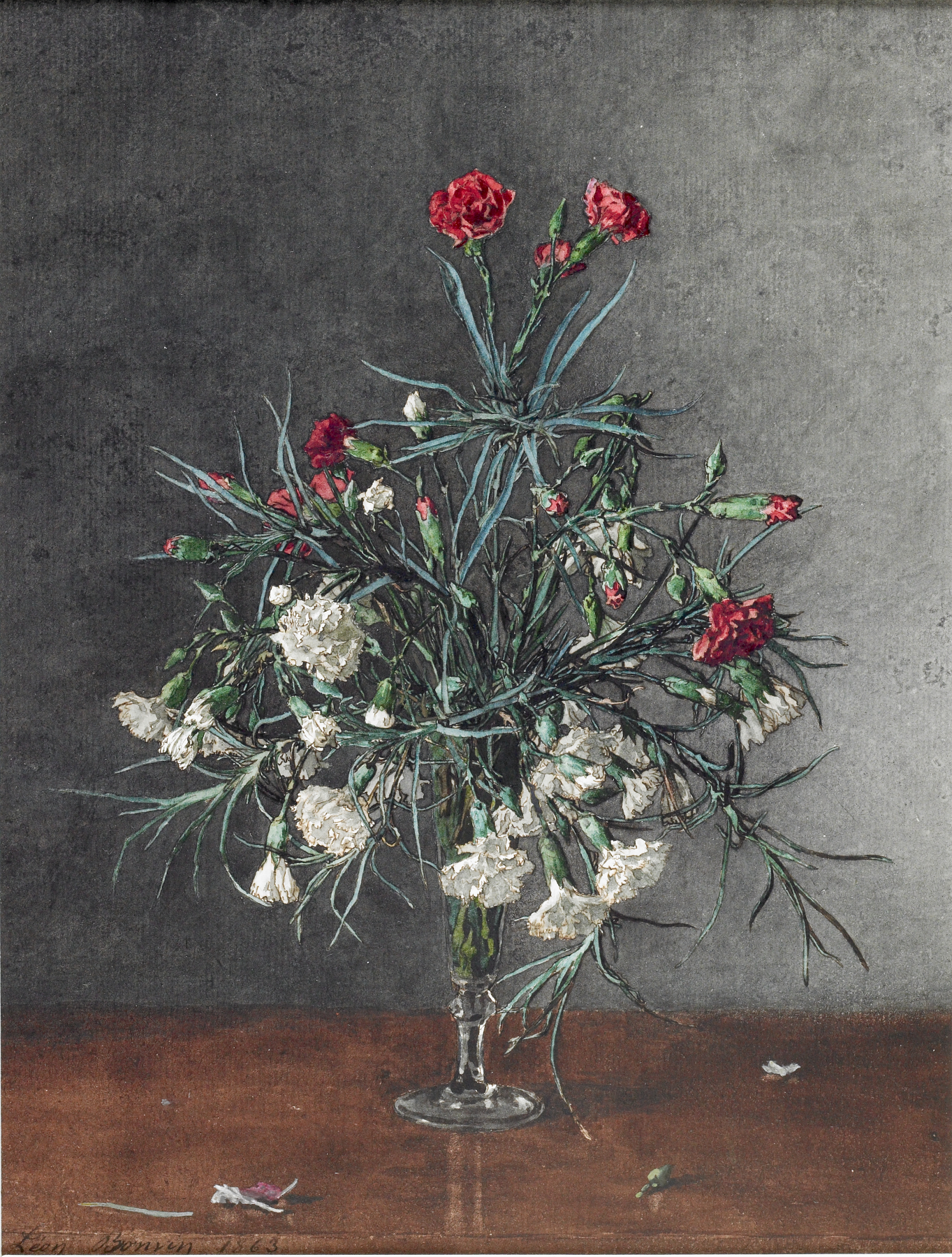 Vase of Red and White Carnations