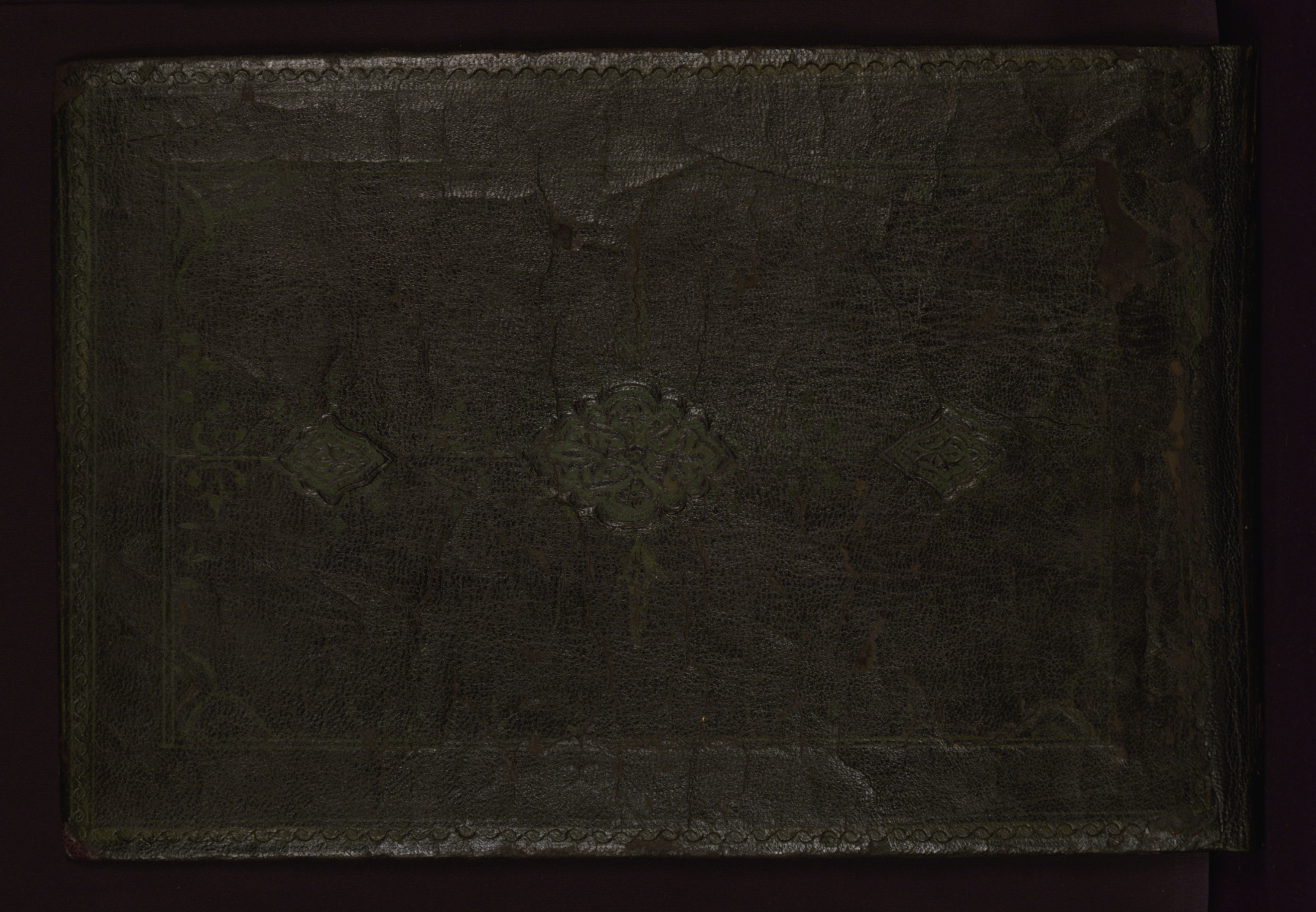 Walters manuscript W.553, a horizontal-format manuscript on parchment, is an illuminated fragment of the Qur'an containing portions of chapters 4 (Surat al-nisa'), 6 (Surat al-an'am), 7 (Surat al-a'raf), and 10 (Surat Yunus). The fragment probably dates to the 3rd century AH/AD 9th. The text is written in an Early Abbasid (Kufic) script in dark brown ink and vocalized with red and green dots. Verse markers in the shape of a stylized letter ha' and rosettes indicate groups of 5 and 10 verses. The text is framed by later red, blue, and gold framing lines and a polychrome and gold floral border. The black blind-tooled leather binding with central lobed, pointed oval and pendants is attributable to the 13th century AH/AD 19th. 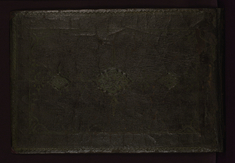 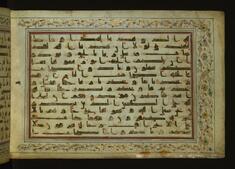 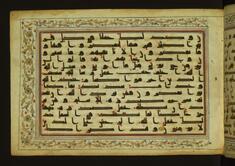 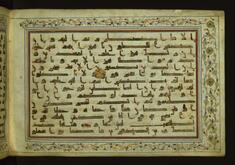 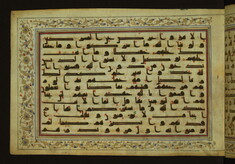