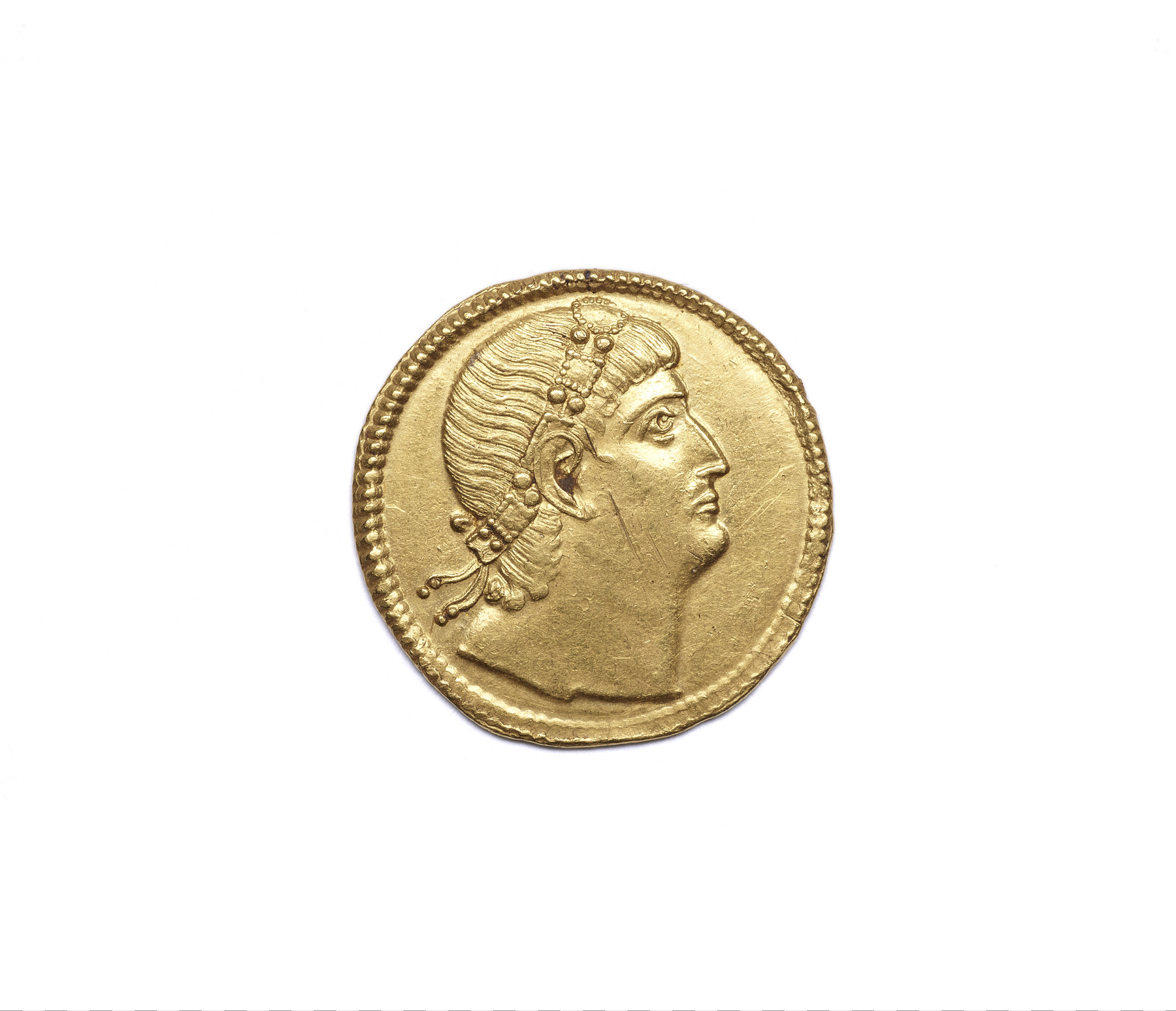 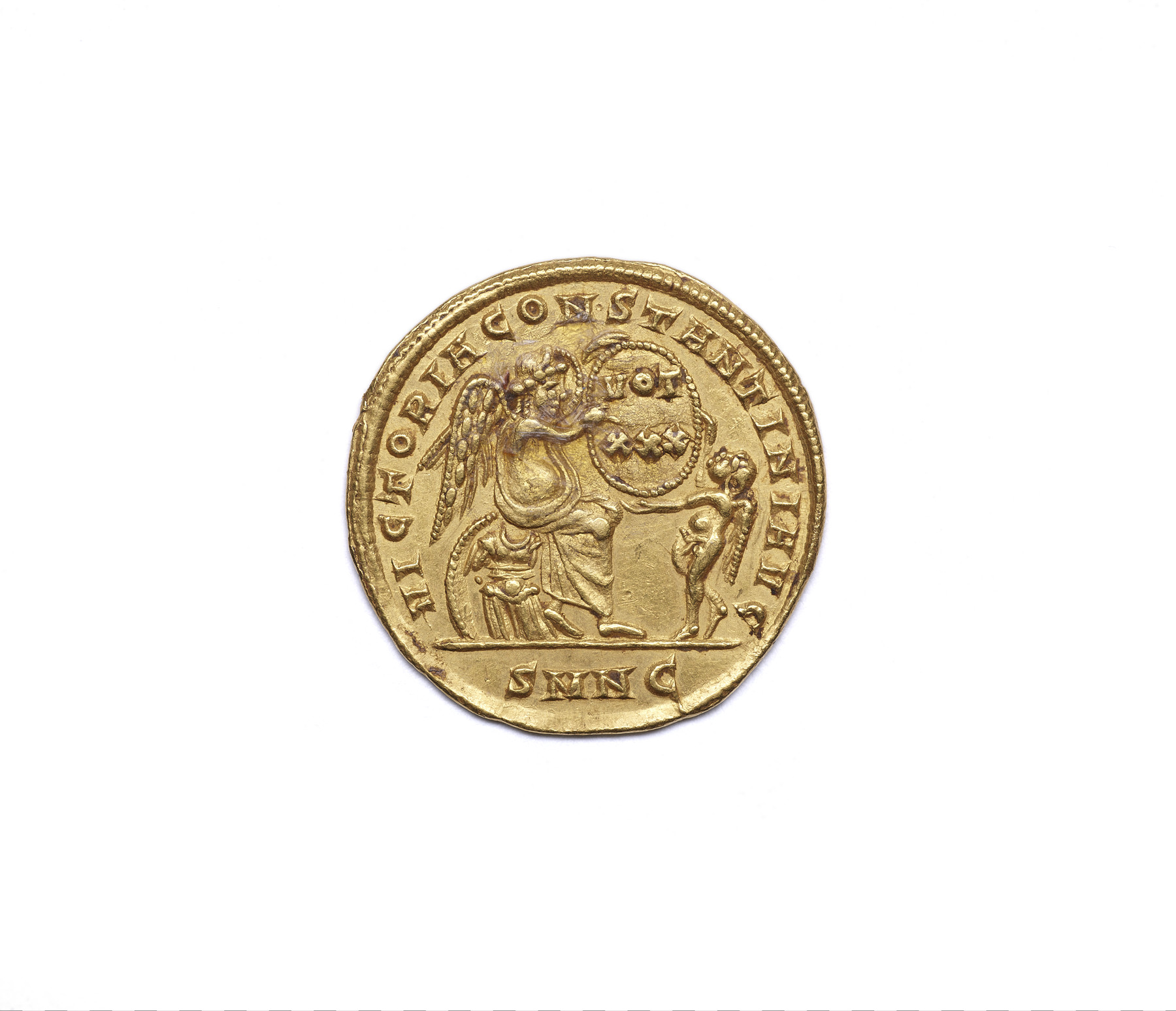 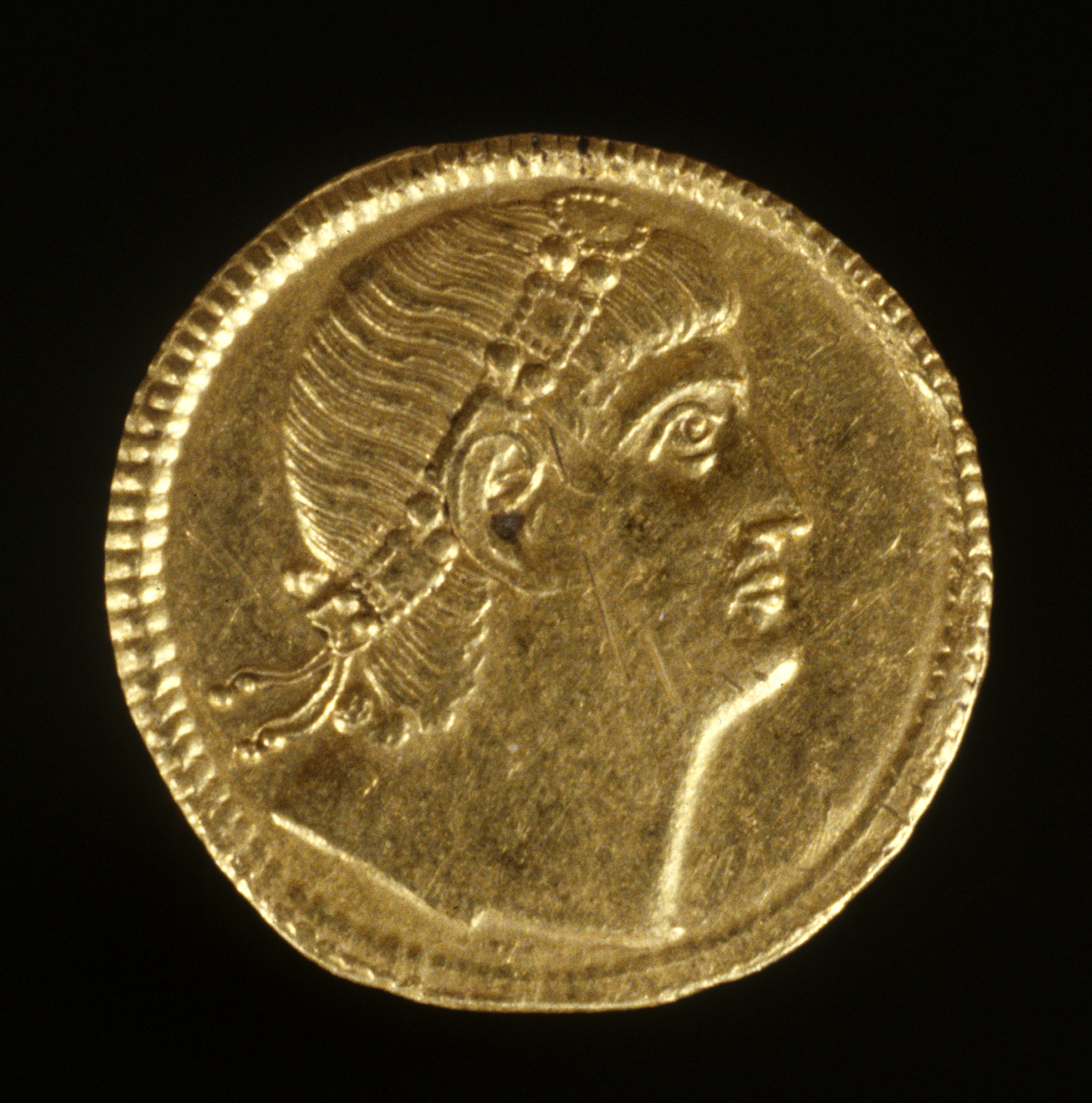 Solidus of Constantine I

Obverse: Head of Constantine, diademed, right; beaded border. Reverse: Victory, draped, seated on a pile of arms and a shield, right, inscribing a shield also supported by a nude male figure (probably a genius).
This medallion of Constantine the Great (ruled 306-337) was struck at the mint of Nicomedia (now Izmit, Turkey) for the celebration of the 30th anniversary of his rule. The Latin inscription on the reverse refers to him by name: "Victorious Constantine, Augustus." Anniversaries were often marked by the issue of medallions that served as gifts from the emperor to state officials, military leaders, and others in his favor.