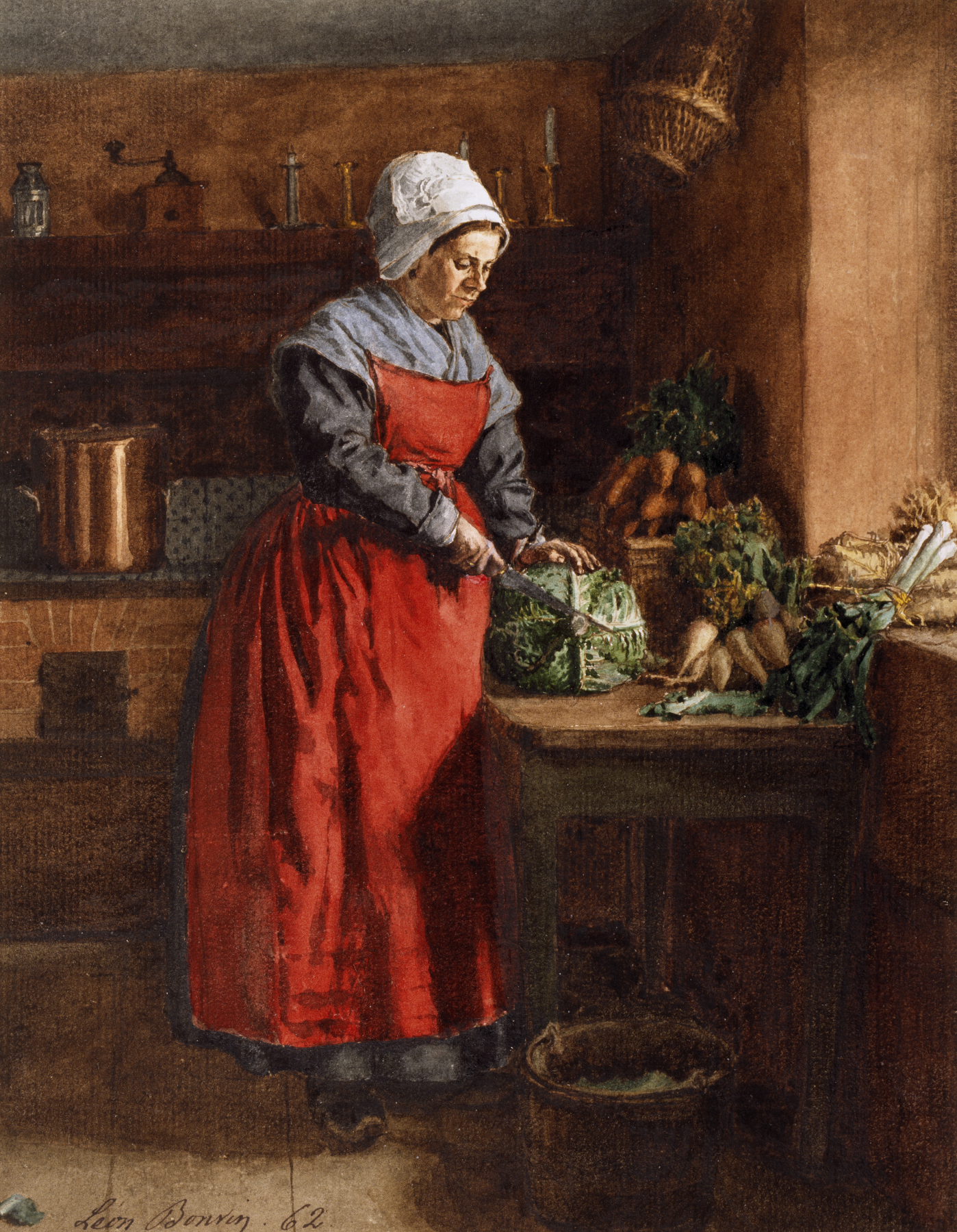 In this scene, a cook wearing a vermilion apron is chopping a large cabbage. Commonplace vegetables are strewn in front of her, including turnips, leeks, celery roots, carrots, and lettuce. The model has been identified as the artist's wife, Constance Félicité Gaudon, and the location as the family's small tavern. Light from a window at the right penetrates the scene to reveal details in the background including the hanging basket and the shelf with a row of candlesticks, a coffee mill, and a lantern. Placed on the stove is a large, glimmering copper pot.

During the 19th century an appreciation of Bonvin's work was confined to a small circle of connoisseurs and collectors, most prominent among them William T. Walters, father of Henry Walters, founder of the Walters Art Museum. For much of the 19th century William displayed and stored his watercolors in a deluxe leather-bound album with a specially commissioned frontispiece and tailpiece by the renowned flower painter of the Lyon school, Jean-Marie Reignier (see WAM 37.1501 and 37. 1531). William's collection of Bonvin's work was acquired between 1862 and 1891, and eventually comprised 56 watercolors and one, rare oil; today, this is the largest collection of Bonvin's work in existence. This watercolor was reporduced as a wood engraving in the Christmas 1885 edition of "Harper's New Monthly Magazine," and was likely hanging in Walters' Baltimore townhouse from 1885 (see “The Walters Art Collection, Recent Additions – Barye, Millet, Bonnat – Bonvin’s Water Colors,” Baltimore Sun, 1 February 1886, p. 4.), described in R.B. Gruelle's catalogue of the gallery "Notes Critical and Biographical" (1895), p. 191.