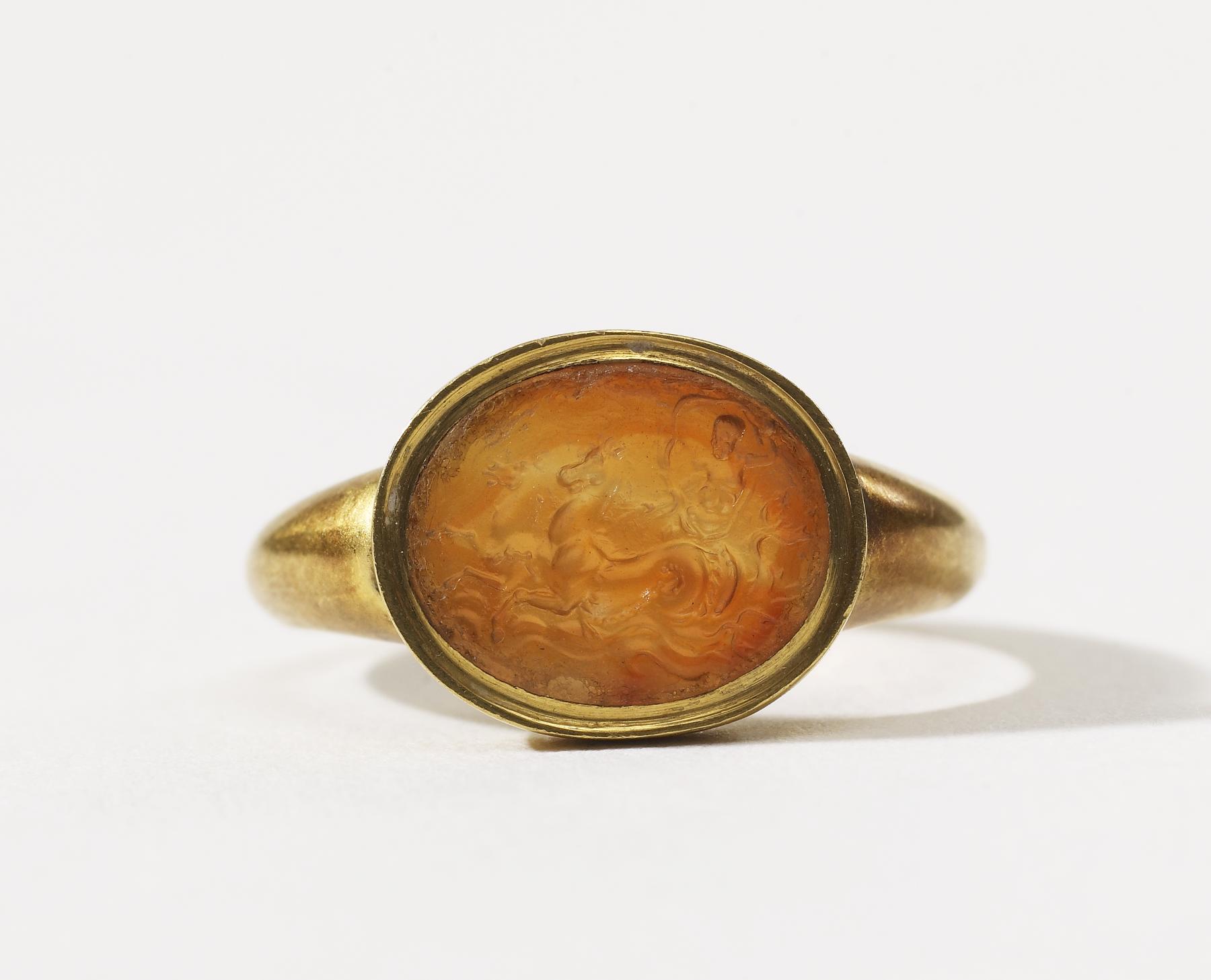 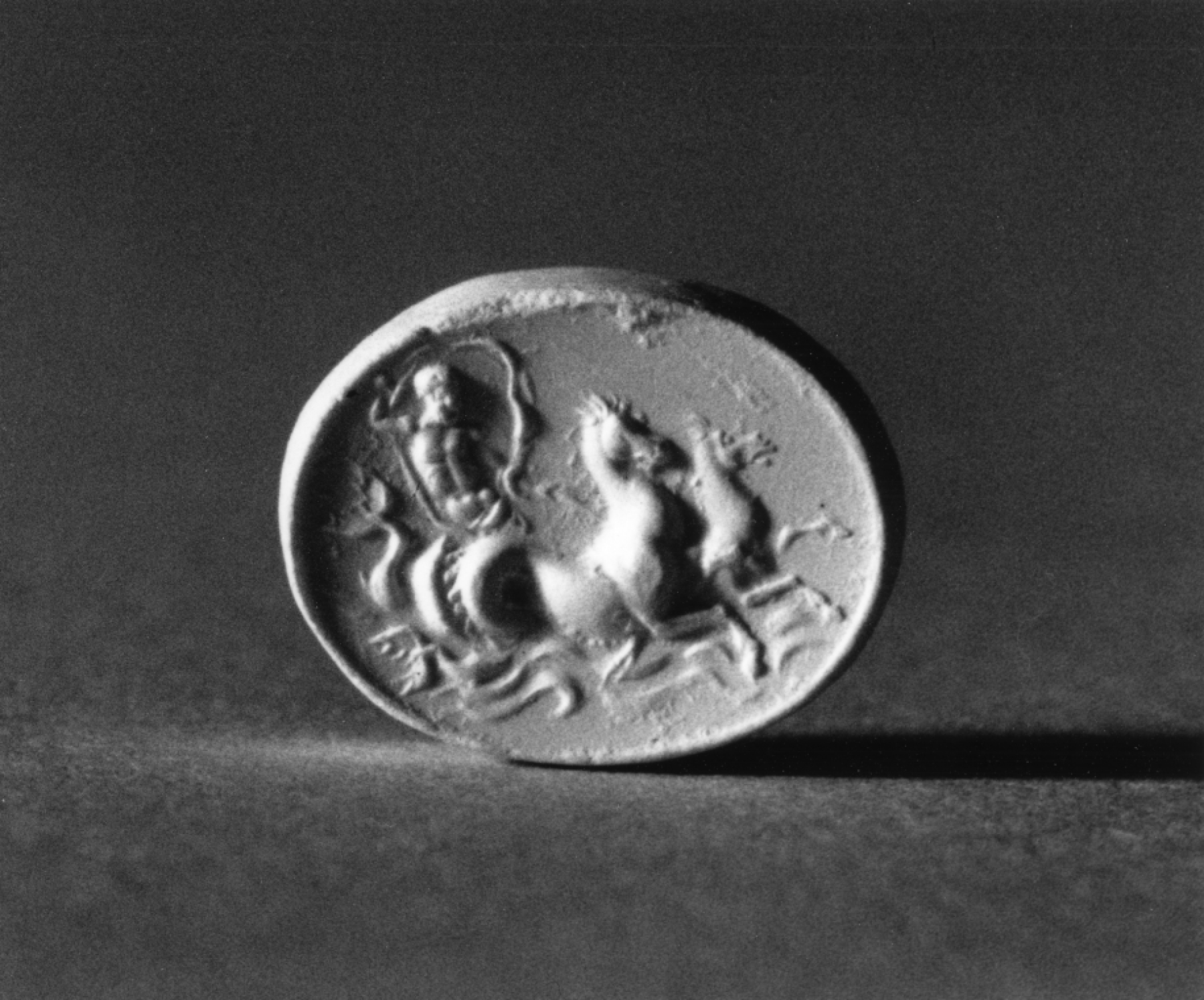 Intaglio with Neptune Driving Two Hippocamps Set in a Ring

This intaglio depicts Neptune driving a biga drawn by two hippocamps over the water.