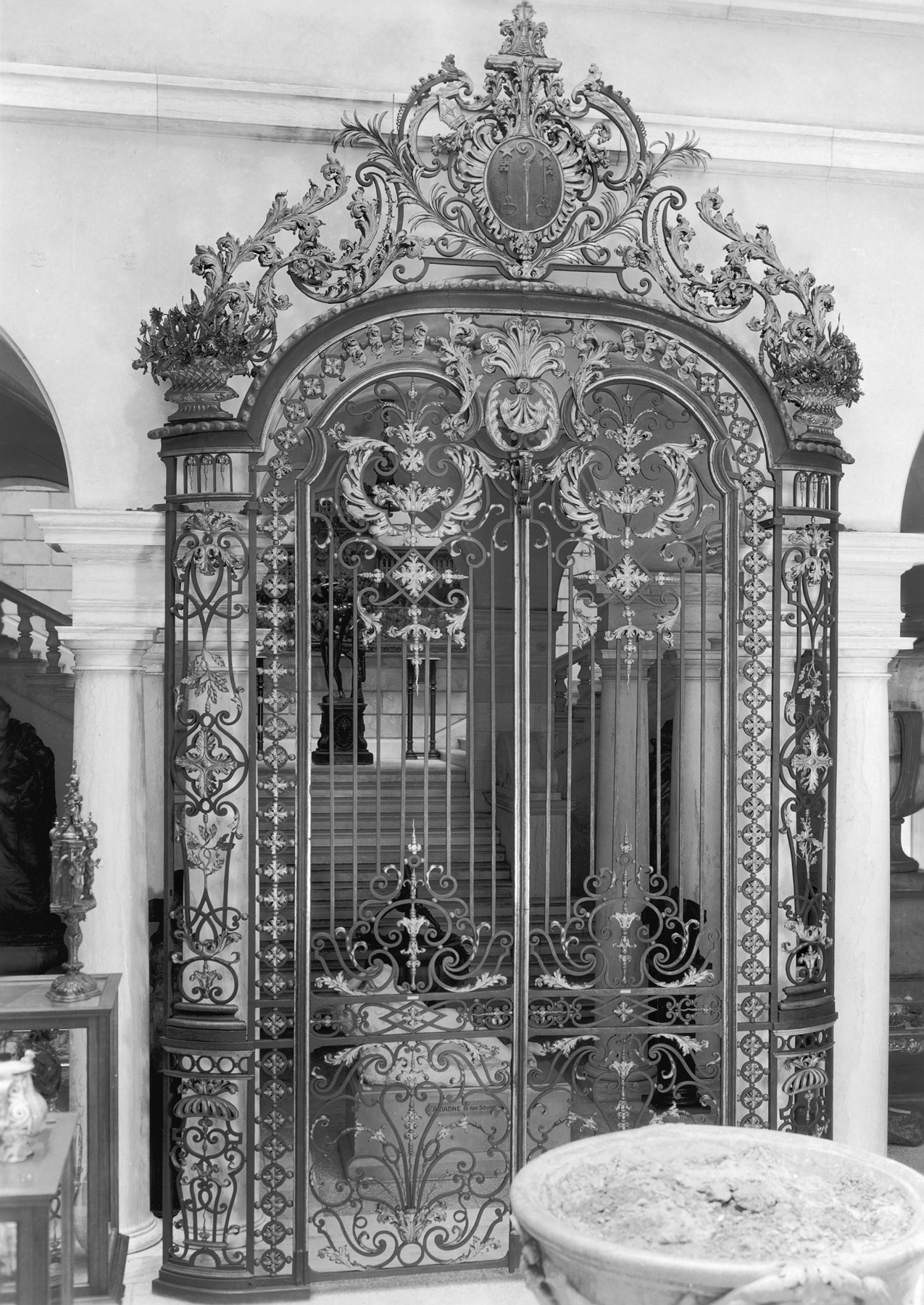 Beginning in the mid-17th century, ironwork played a major role in French architecture. Throughout the next century, this trend continued, sustained by the talents of such notable designers as Giles Marie Oppenord (1672-1742) and Juste Aurèle Meissonier (1695-1750). These gates probably date from the early 18th century, when the Baroque style was yielding to the lighter, more exuberant, Rococo style. They exemplify the extraordinary talents of the blacksmith, who worked with forge and anvil to shape the iron.

These gates formed the central section of the choir screen, which was used to separate the altar and clergy from the worshipers, in the cathedral of Troyes in northeastern France. The screen was removed from the cathedral during renovations in about 1889.