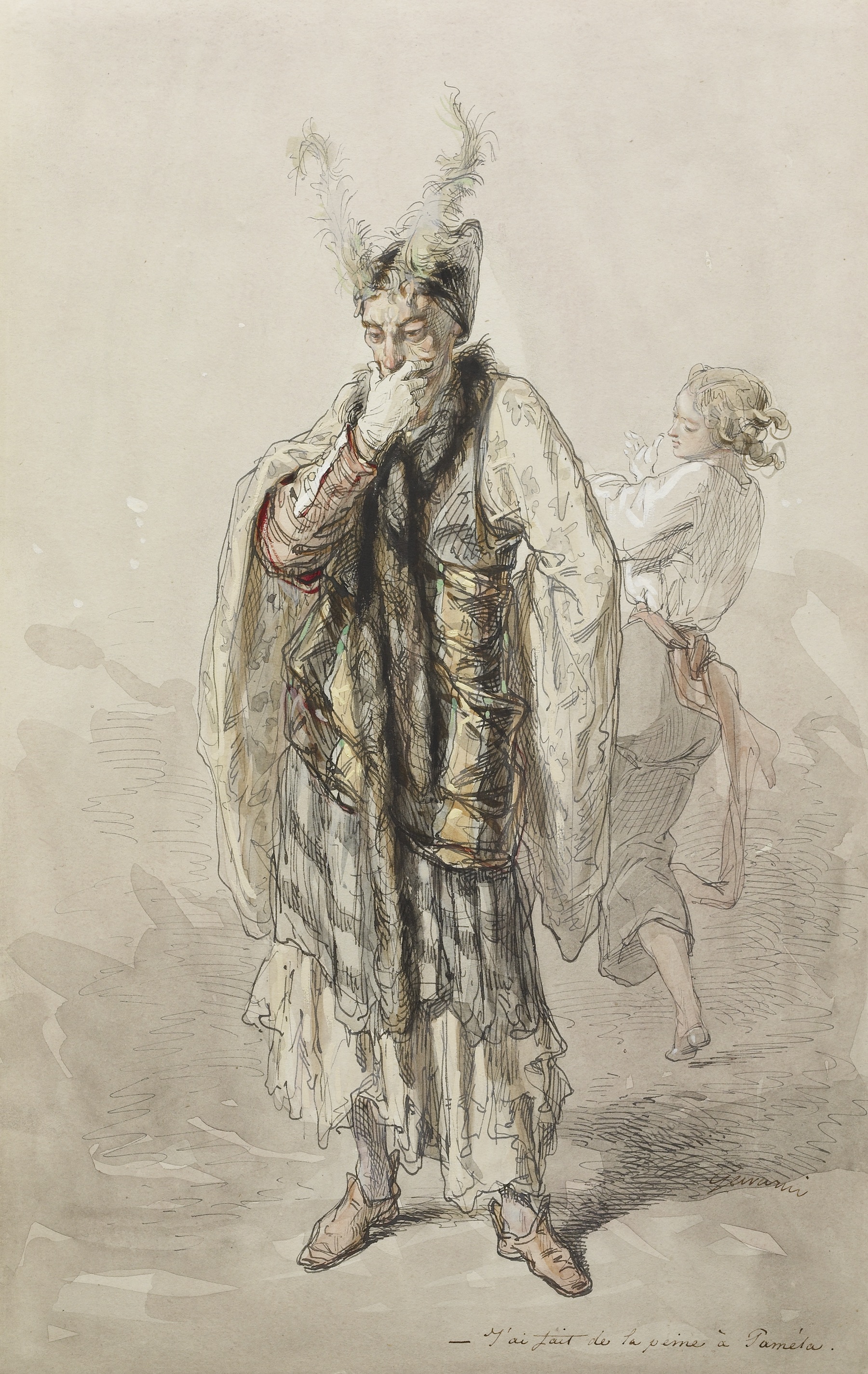 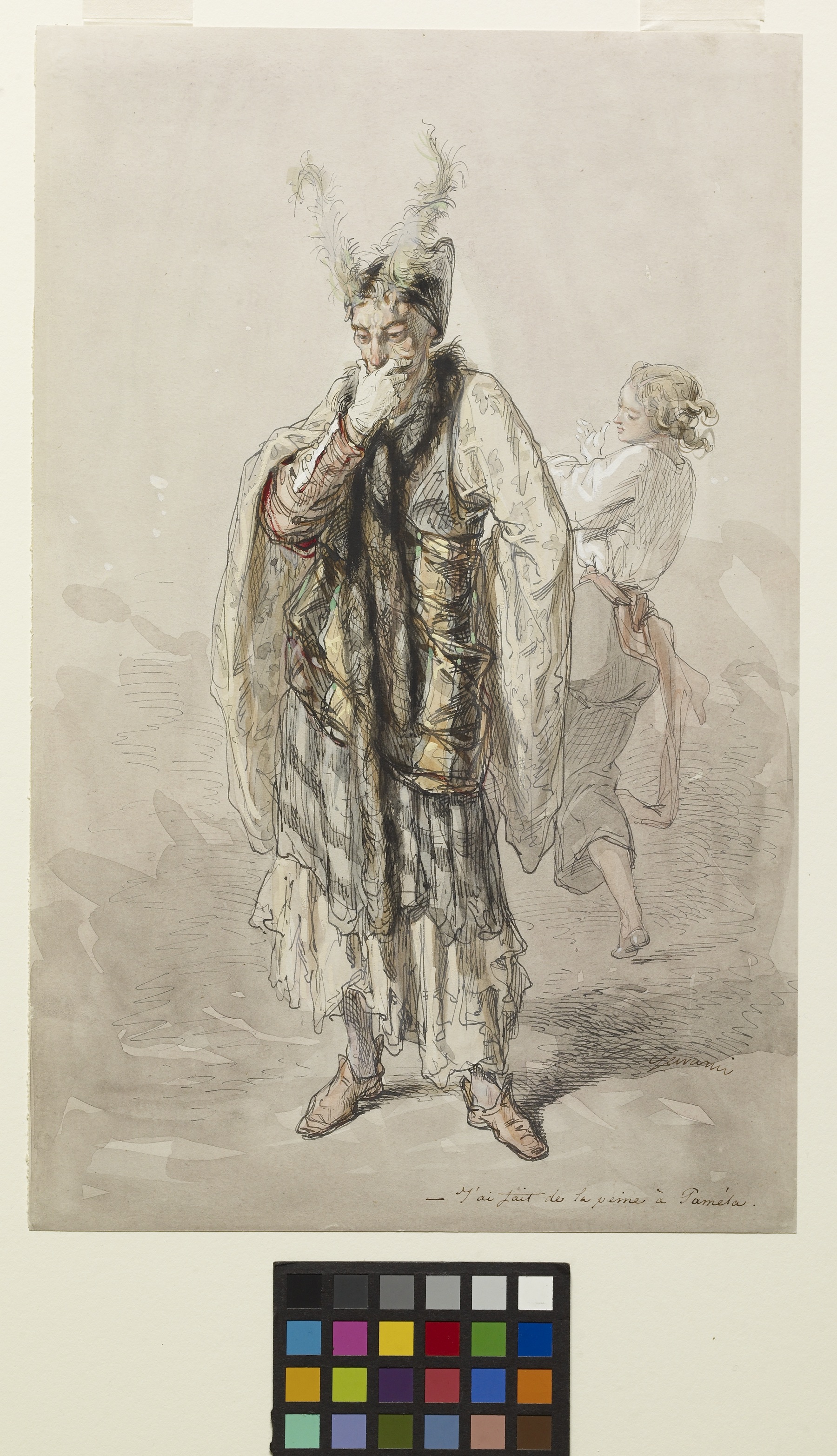 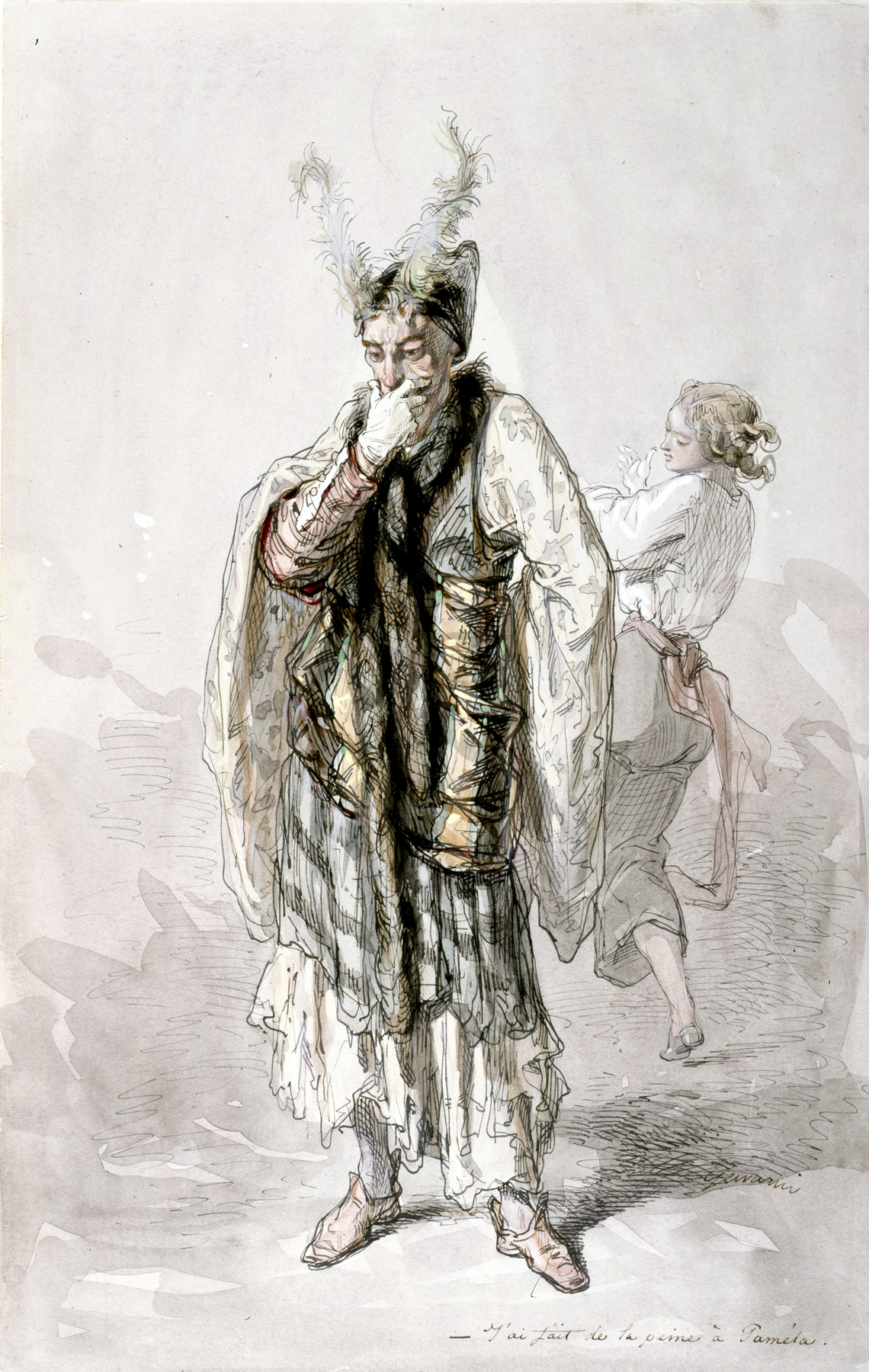 Highly ambiguous, this drawing can be read in a number of ways, and the caption only serves to make the image more enigmatic. The central character of this vignette wears an elaborate costume and covers his mouth in a gesture of deep contemplation. We are given access to his thoughts: "I have hurt Pamela." But if the dancing girl behind him is Pamela, she looks anything but hurt! Either Pamela is not really hurt, and the man is presumptuous in his belief that she is, or this woman is the object of Pamela's disaffection. The lack of any setting further enhances the mystery. Although it is called "Actors," a title curators assigned it when they originally catalogued it into the collection in the 1930s, there is nothing to indicate that this is a scene from a play, and it could just as easily represent an event during carnival season or a masquerade ball.