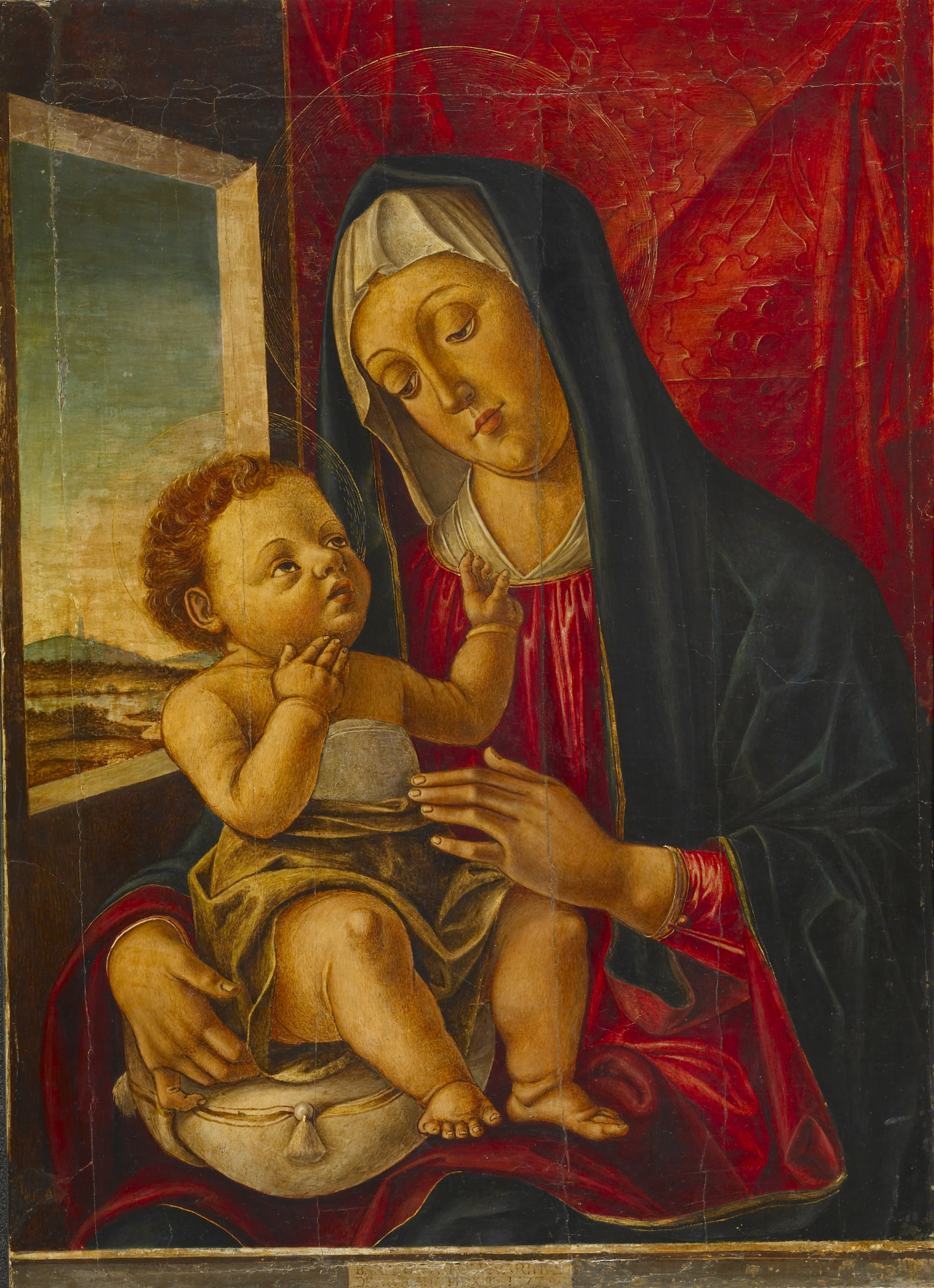 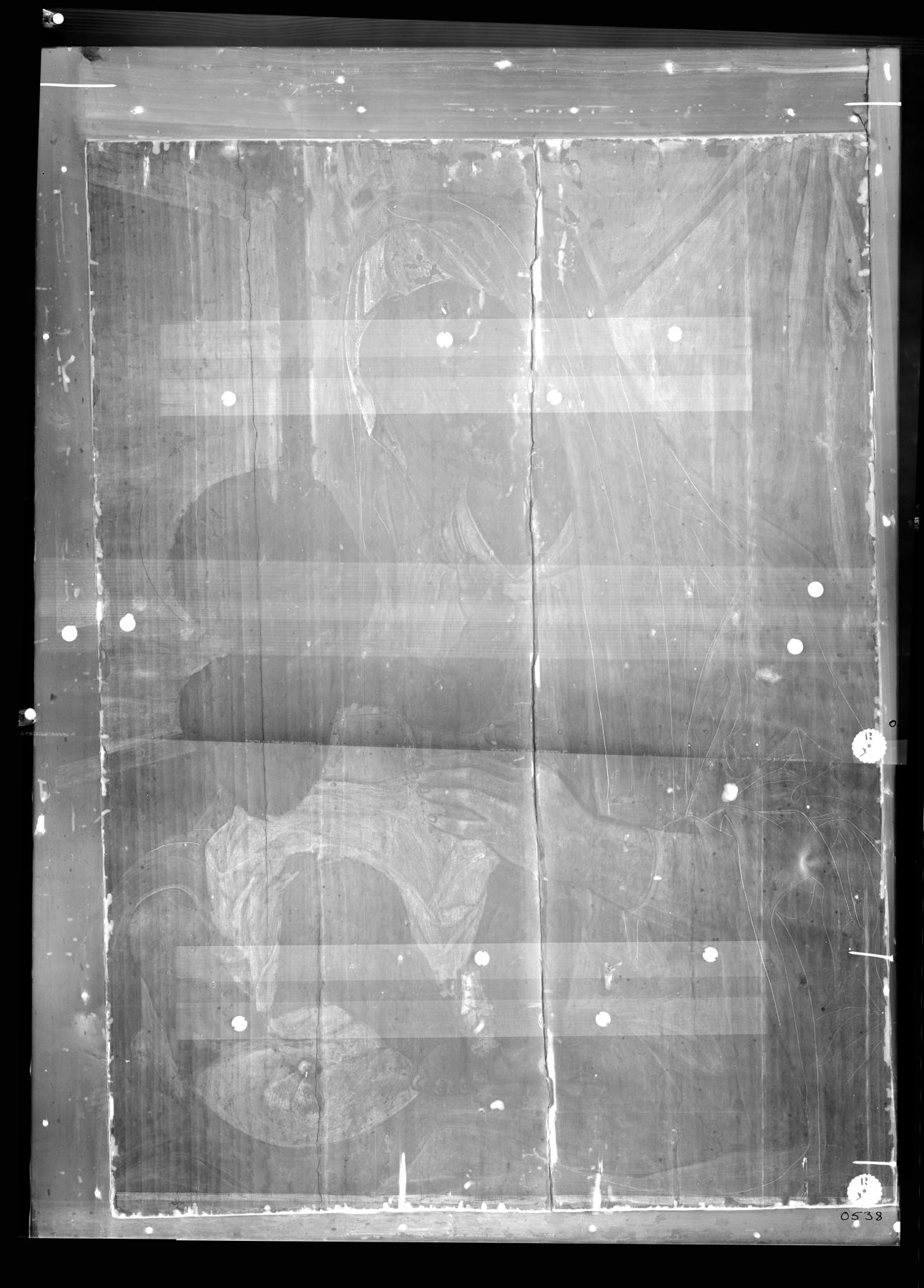 In this depiction of a tender moment between Mary and the infant Christ, the figures' human qualities are emphasized, with particular attention paid to rendering their supple flesh and communicating their intimate relationship by means of exchanged glances. The window at the left, opening onto a distant landscape, is a motif derived from contemporary Flemish painting. The deep red curtain patterned with gold hanging behind the Madonna functions as a cloth of honor denoting her status as Queen of Heaven.

Along with his older brother Antonio, Bartolomeo Vivarini led an active painting workshop in Venice during the 15th century. He produced many small-scale devotional paintings like this one, which were intended for domestic interiors. The “cartellino,” or fictive piece of paper, attached to the parapet in the foreground bears the artist’s signature and the date 1477, but this is painted on a strip of wood added at a much later date (strips have also been added to the other three sides). Stylistically the painting must be later than 1477; it is probably from the mid-1480s.