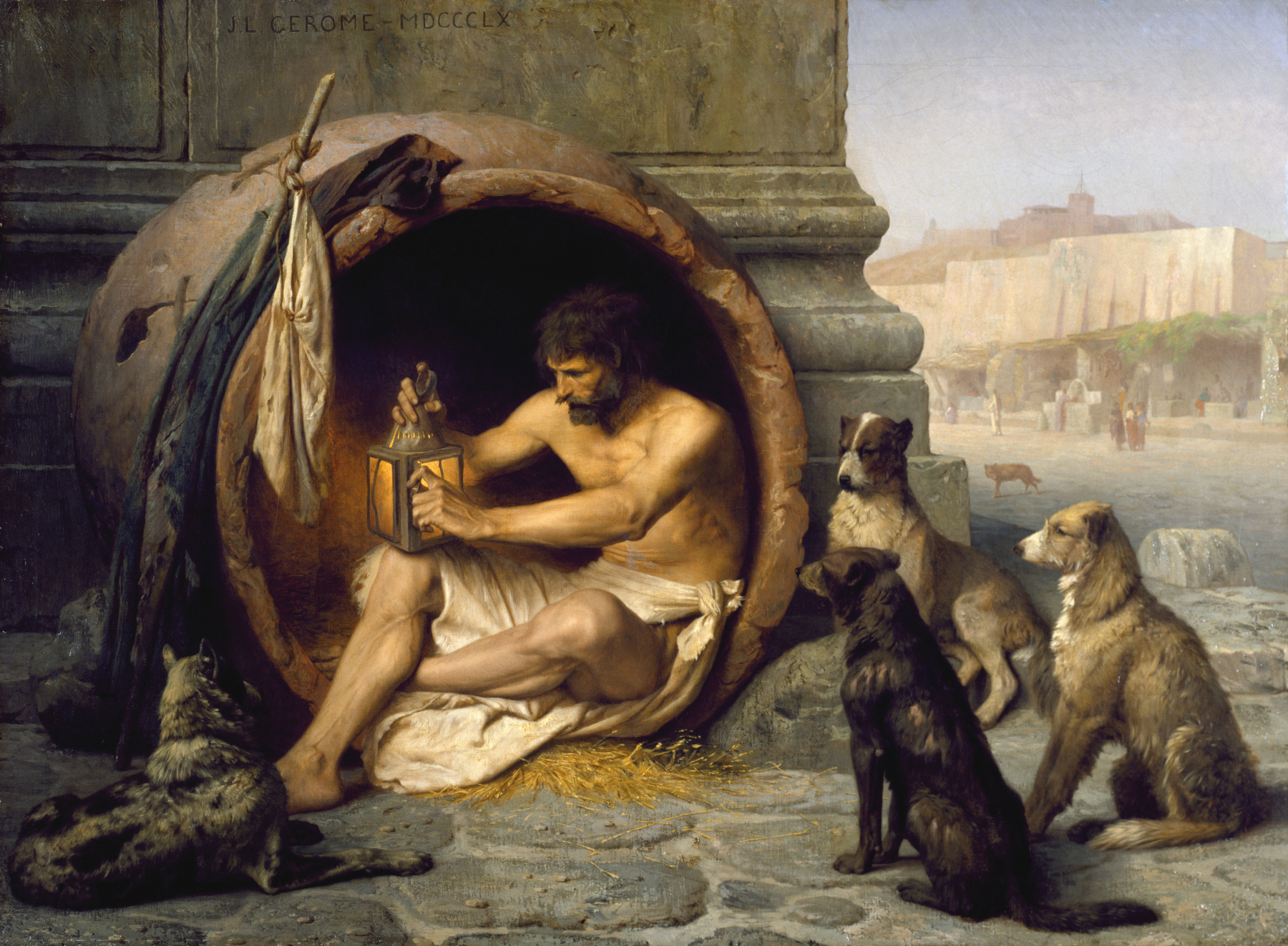 The Greek philosopher Diogenes (404-323 BC) is seated in his abode, the earthenware tub, in the Metroon, Athens, lighting the lamp in daylight with which he was to search for an honest man. His companions were dogs that also served as emblems of his "Cynic" (Greek: "kynikos," dog-like) philosophy, which emphasized an austere existence. Three years after this painting was first exhibited, Gerome was appointed a professor of painting at the Ecole des Beaux-Arts where he would instruct many students, both French and foreign. 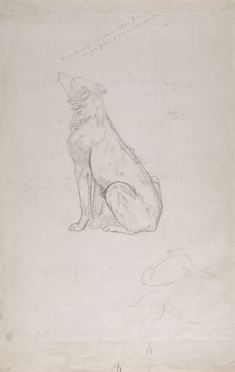 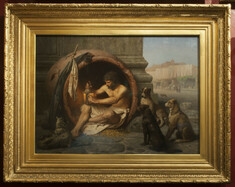