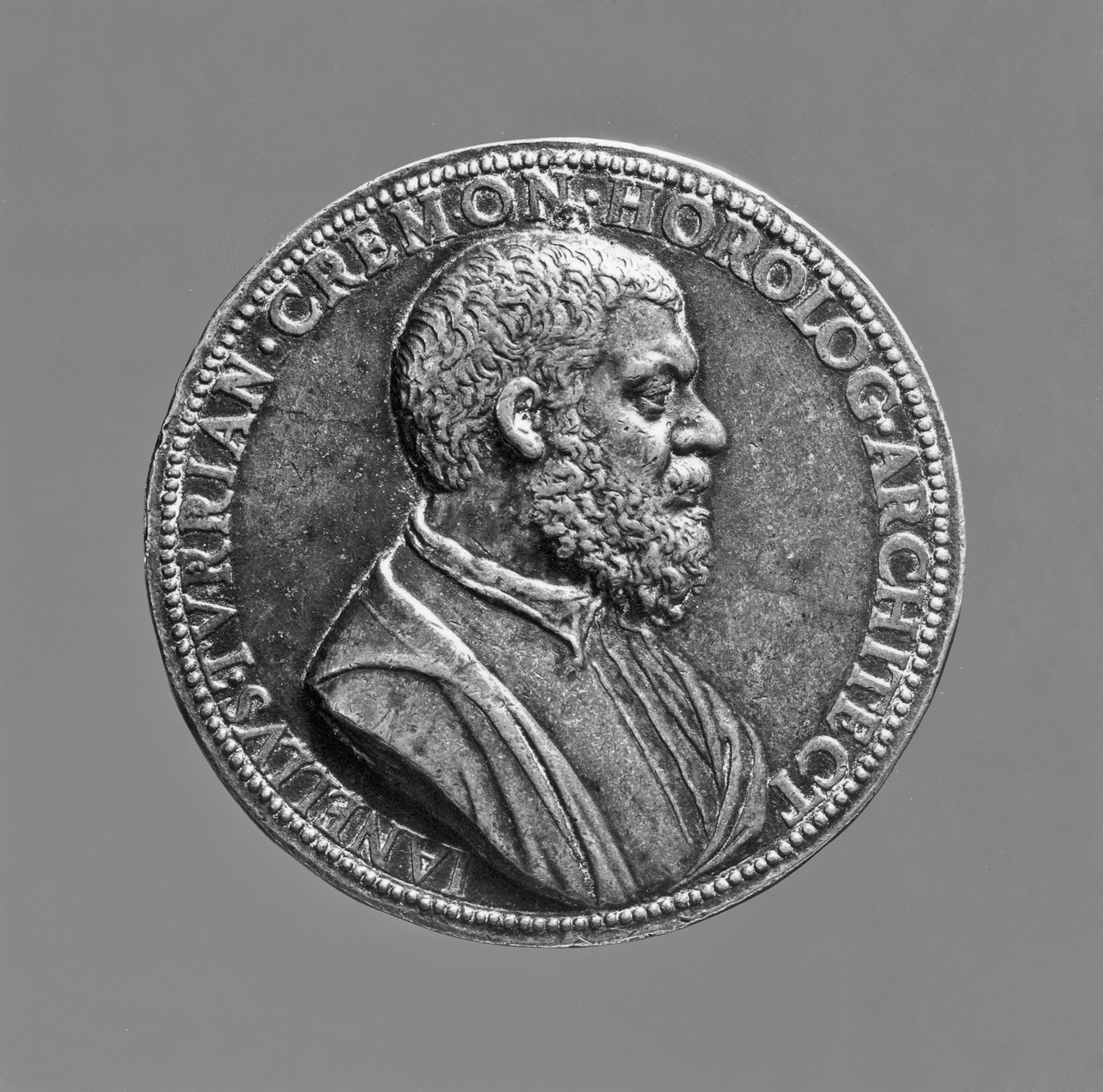 The Latin inscription, "IANELIUS.TURRIAN.CREMON.HOROLOG.ARCHITECT," along the edge of the medal indicates that Gianello (1500-1585) was a clockmaker and architect from the city of Cremona. One of his contemporaries described him as a "bull in human form," and his rough features in this medal reflect this characterization. A collector of timepieces would have been thrilled to have a portrait of a prominent clockmaker.

This medal was produced before Jacopo da Trezzo left Milan (near Cremona) in 1555 for the Southern Netherlands to enter the service of King Philip II of Spain.