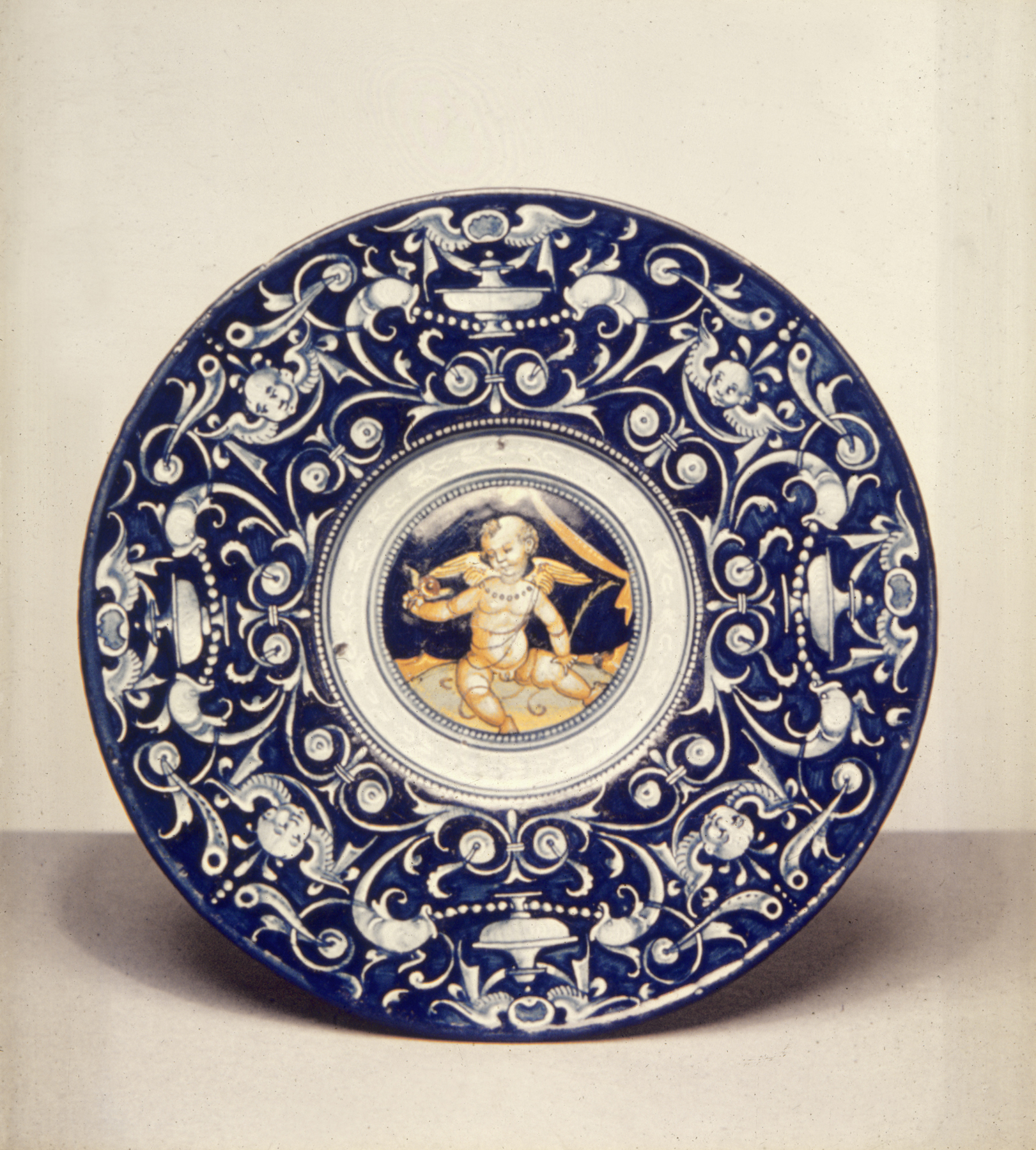 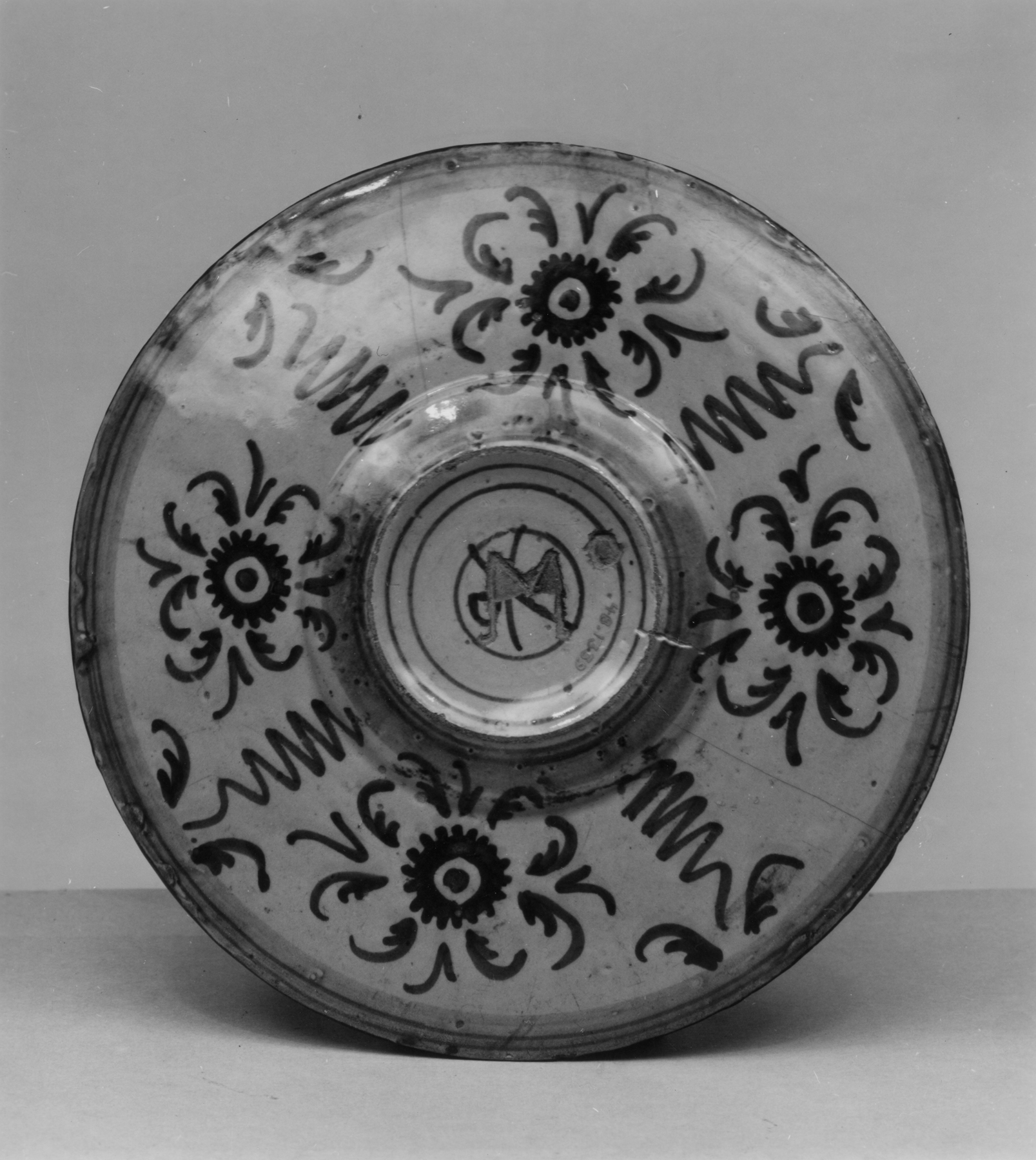 In the center of this plate, Cupid, god of love, is shown as an infant wrapped in twine and holding a palm and flower, likely representing an allegory or a contemporary saying that is no longer identifiable. Cupid was often portrayed as a playful and mischievous child (for example see 48.1357), and his presence on maiolica wares may have alluded to fertility, or may have simply been an entertaining subject for the guests at a Renaissance banquet. On the plate’s outer ring, repeating patterns of vases surmounted by wings, dolphins, scrolls, and winged cherub heads are painted in the ‘grotesque’ style, derived from the scenes that decorated the walls of ancient palaces excavated in Rome during the fifteenth century. The white ‘grotesque’ designs painted on a dark blue background are exemplary of “berettino,” a combination of color and design often used in Faenza during the 1510s-30s.

The back of the plate is painted in dark blue with an alternating pattern of four rosettes within leaves, and four lengthened spirals. A device painted in the center resembles a ball, or “pallone,” perhaps referencing the Dalle Palle family of potters in Faenza, who popularized the motif of the naked, winged boy as an important design element for maiolica. The device also appears similar to a fire-wheel, the maker’s mark of the Casa Pirota workshop, also in Faenza. For another “berettino” dish, see 48.1317; for another maiolica ware possibly made by the Casa Pirota Workshop, see 48.1515; for general information on “maiolica” see 48.1336.

[Maker's Mark] In the center, in dark blue, a circle crossed by two lines that intersect in the center, with a small circle between one of the angles [Maker's Mark] An Mº was later cut through the wheel, chipping off some of the glaze