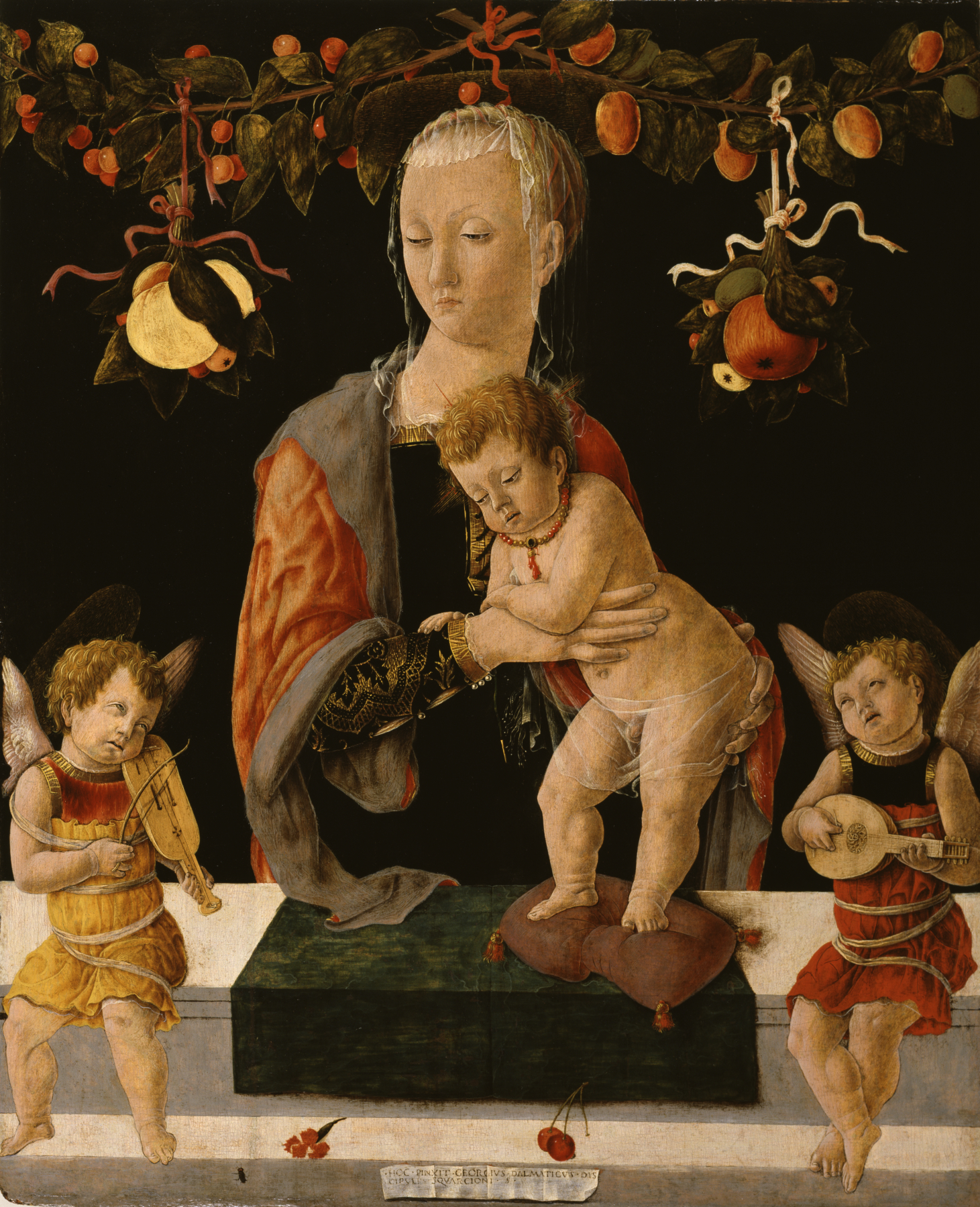 Madonna and Child with Angels

The subject of the Madonna and Christ Child, shown close up from behind a parapet, is a very common one for a devotional painting such as this. An interesting feature in this example is the coral necklace worn by Christ. Coral was believed to keep the devil away and many babies at this time had a coral teething ring or necklace.

Schiavone was born in Dalmatia (present-day Croatia) and immigrated to northern Italy, where he studied in Padua in the workshop of Francesco Squarcione, the same painter with whom both Dario di Giovanni (37.1178-1180) and Marco Zoppo (37.544) trained. On the cartellino (little paper) in the foreground, Schiavone proudly identifies himself as the disciple of this master, known especially for encouraging an appreciation for ancient Roman art in his students. The garlands at the top, heavy with fruit, are colorful, playful versions of the ones he would have seen on Roman sarcophagi or funerary altars in Paduan collections.