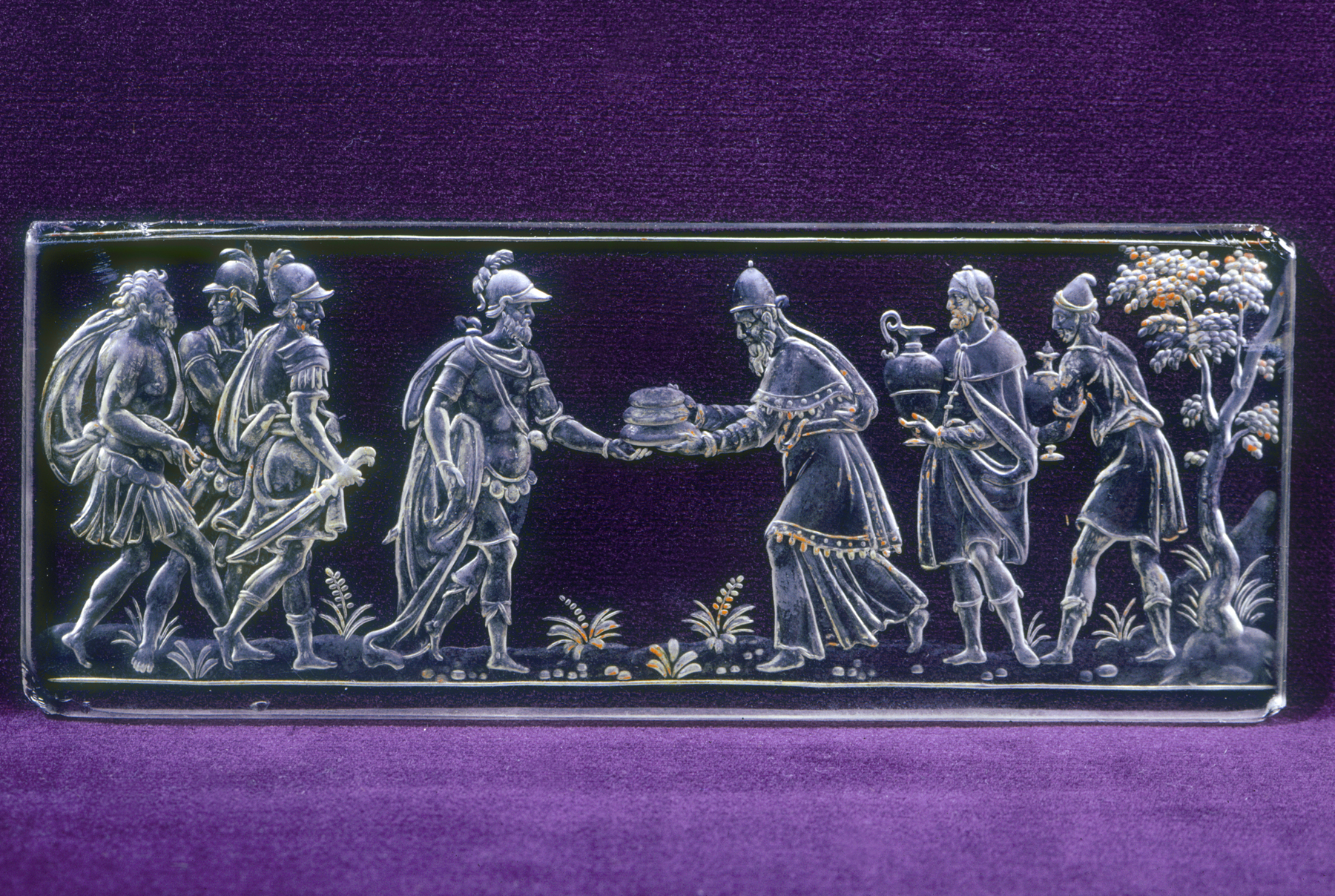 Plaque with Abraham and Melchizedek

The story in Genesis of the priest Melchizedek offering wine and bread to Abraham, who was returning from battle, was interpreted by Christians as foreshadowing the establishment of Holy Communion. The composition is based on an illustration from a Bible printed in Lyon.

The Sarachi family was active in Milan from the mid 16th century through the early 17th century and famous for their carved rock crystal plaques and vessels, which were acquired for many princely collections.