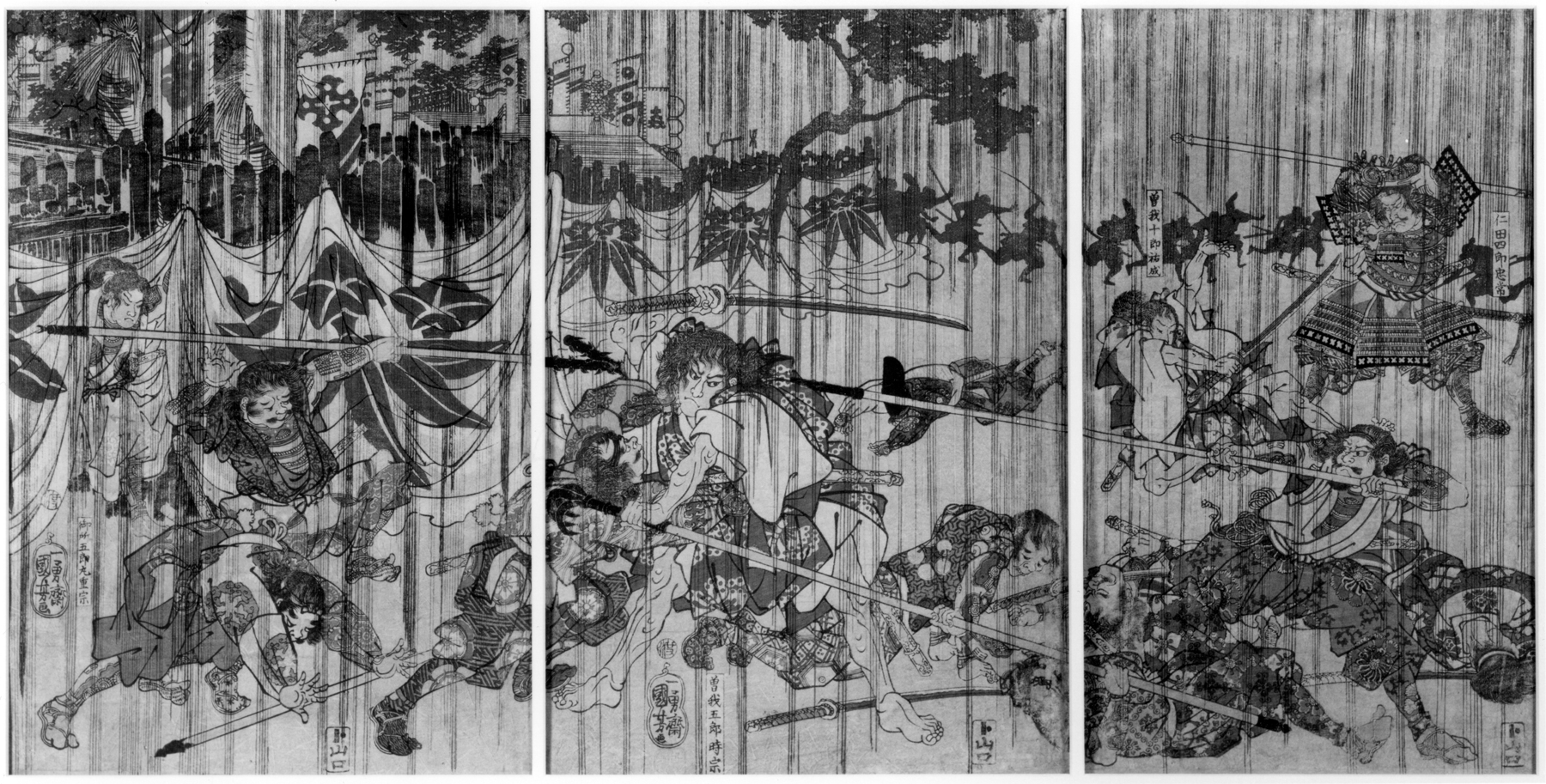 After slaying the murderer of their father in his tent, the Soga brothers attempt to escape from the shogun's hunting camp. But an alarm is given and the brothers must fight for their lives. In heavy rainfall Soga Goro (center) fights against all odds. Soga Jiro (right) is about to be killed by the shoguns retainer Tadatsune.