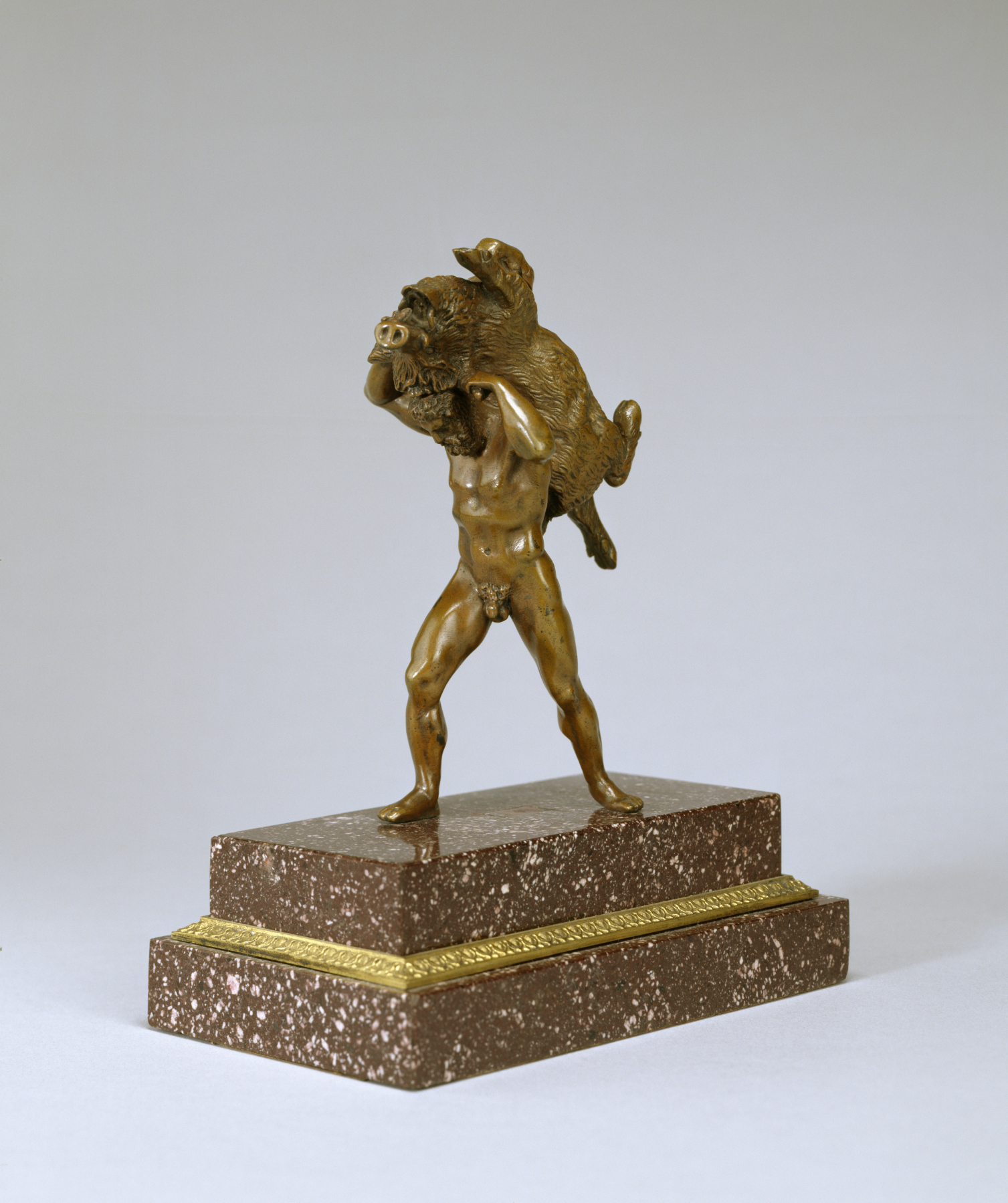 Hercules and the Erymanthian Boar

The Greek mythological hero Hercules performs the third of the twelve labors assigned to him by Eurystheus, the king of Mycenae: to capture a fierce boar that had been terrorizing Arcadia in ancient Greece and to bring it back to Mycenae. The finely executed details of this miniature sculpture recall Barye's early training as a goldsmith.