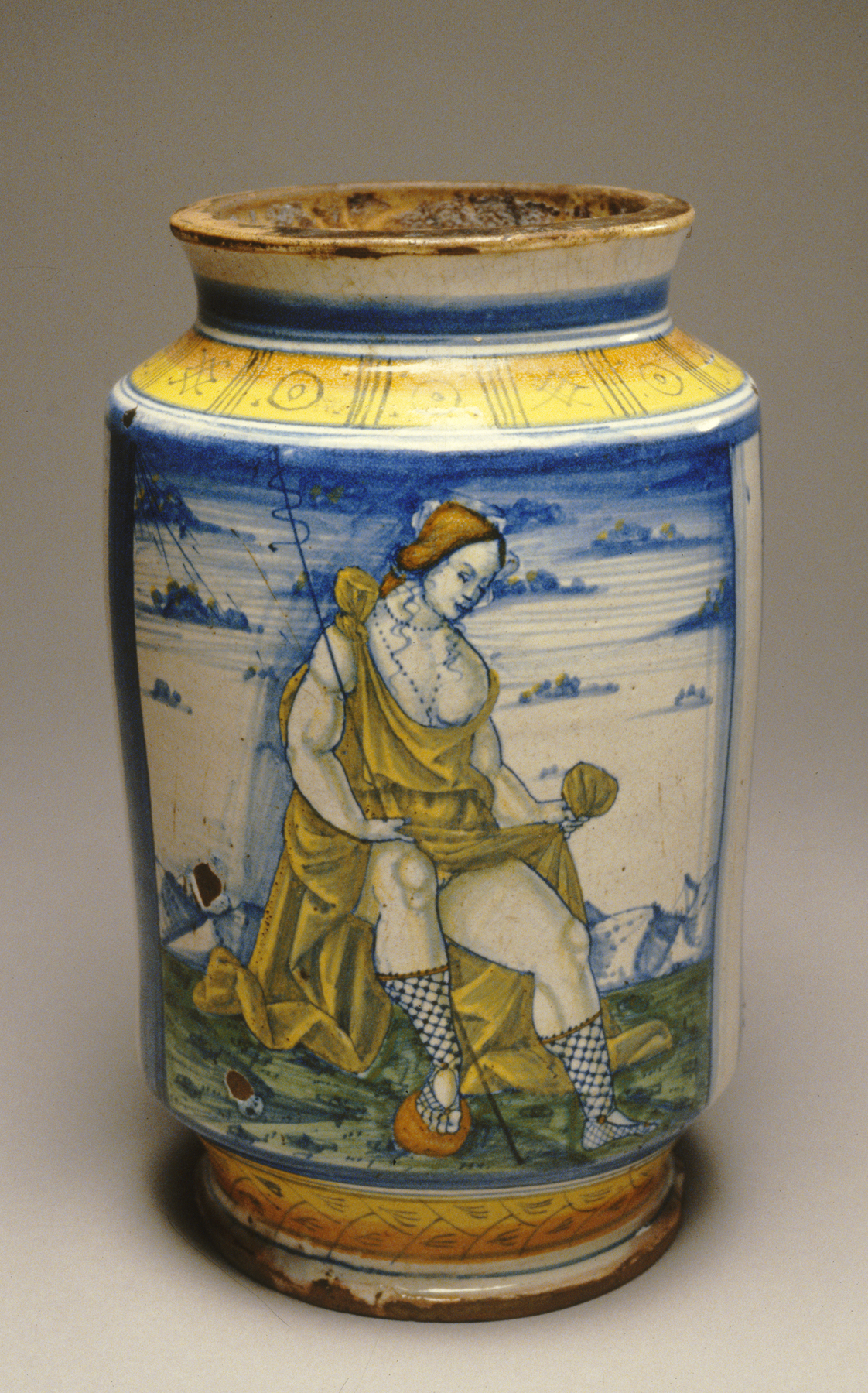 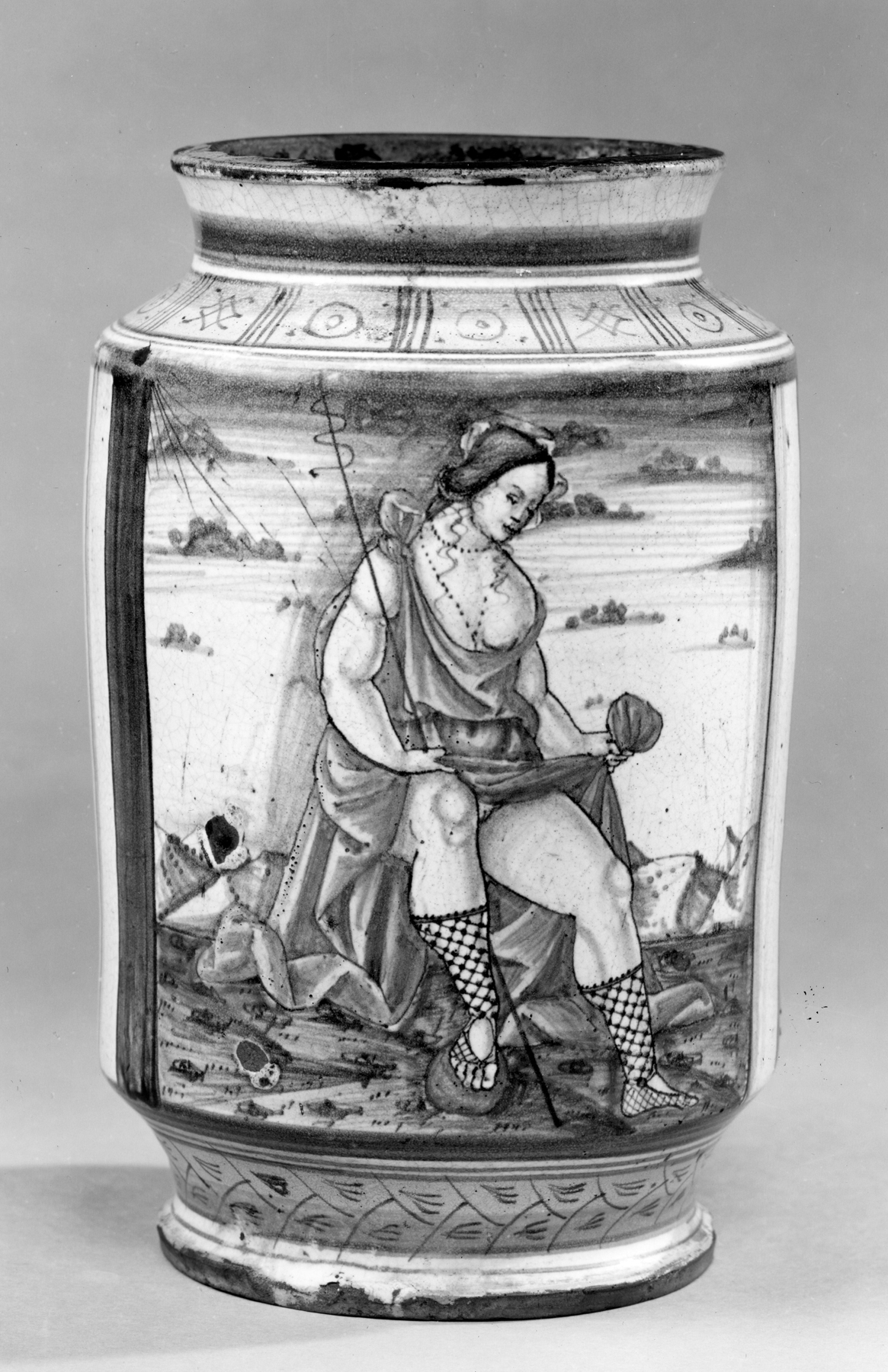 "Albarello" with a Shepherdess Lifting Her Skirt