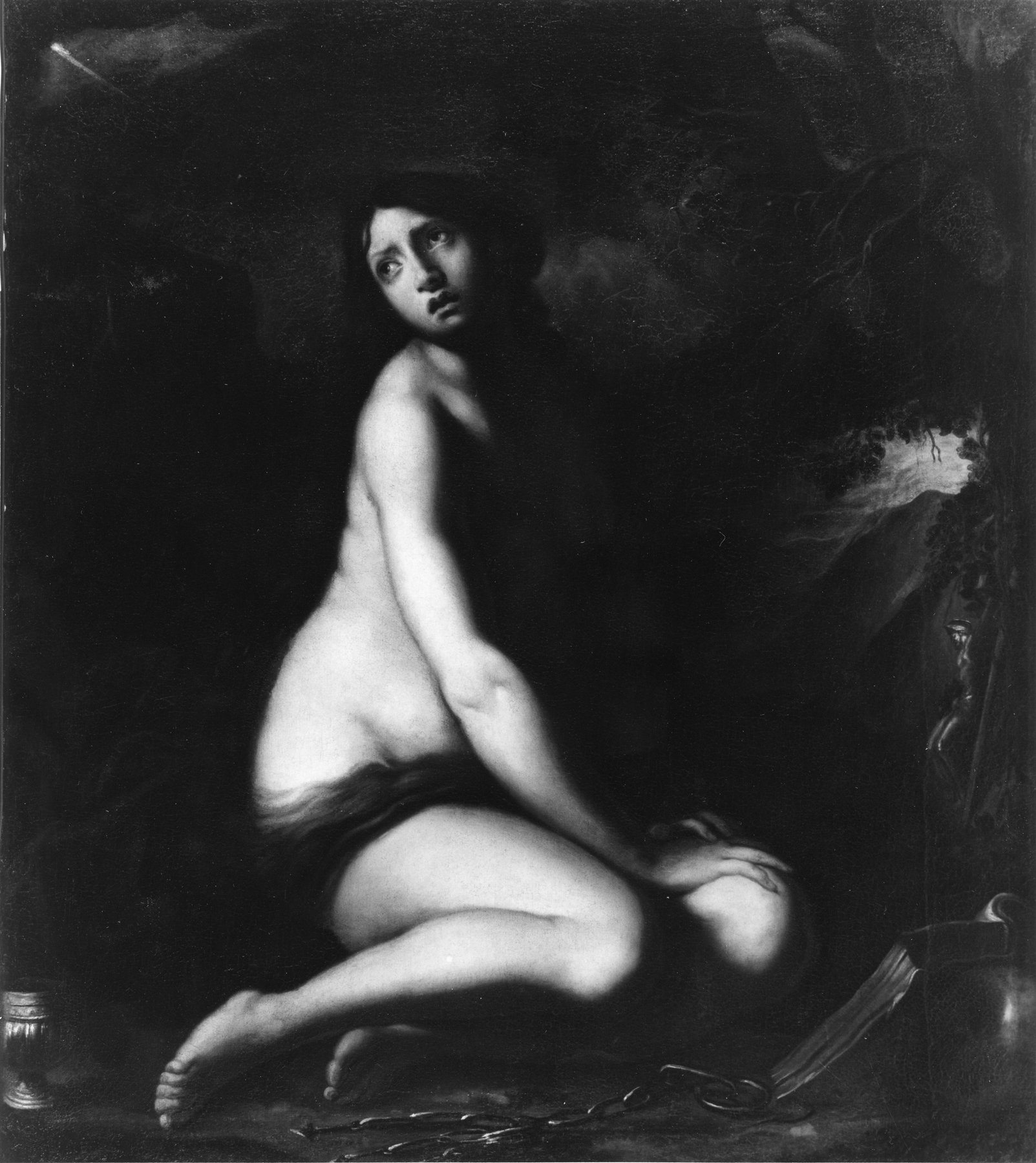 Furini was one of the most influential painters in 17th century Florence. This work characteristically reveals an interest in soft, fleshy forms and romantic atmosphere. Following the example of Guido Reni, he often depicted beautiful models in delicate landscapes as in this Penitent Magdelene, which is one of a number of versions by Furini and his workshop that contrast the brightly lit remorseful figure with a darkened landscape.

Acquired by Mr. and Mrs. Egon Kafka, Baltimore; given to Walters Art Museum, 1974.