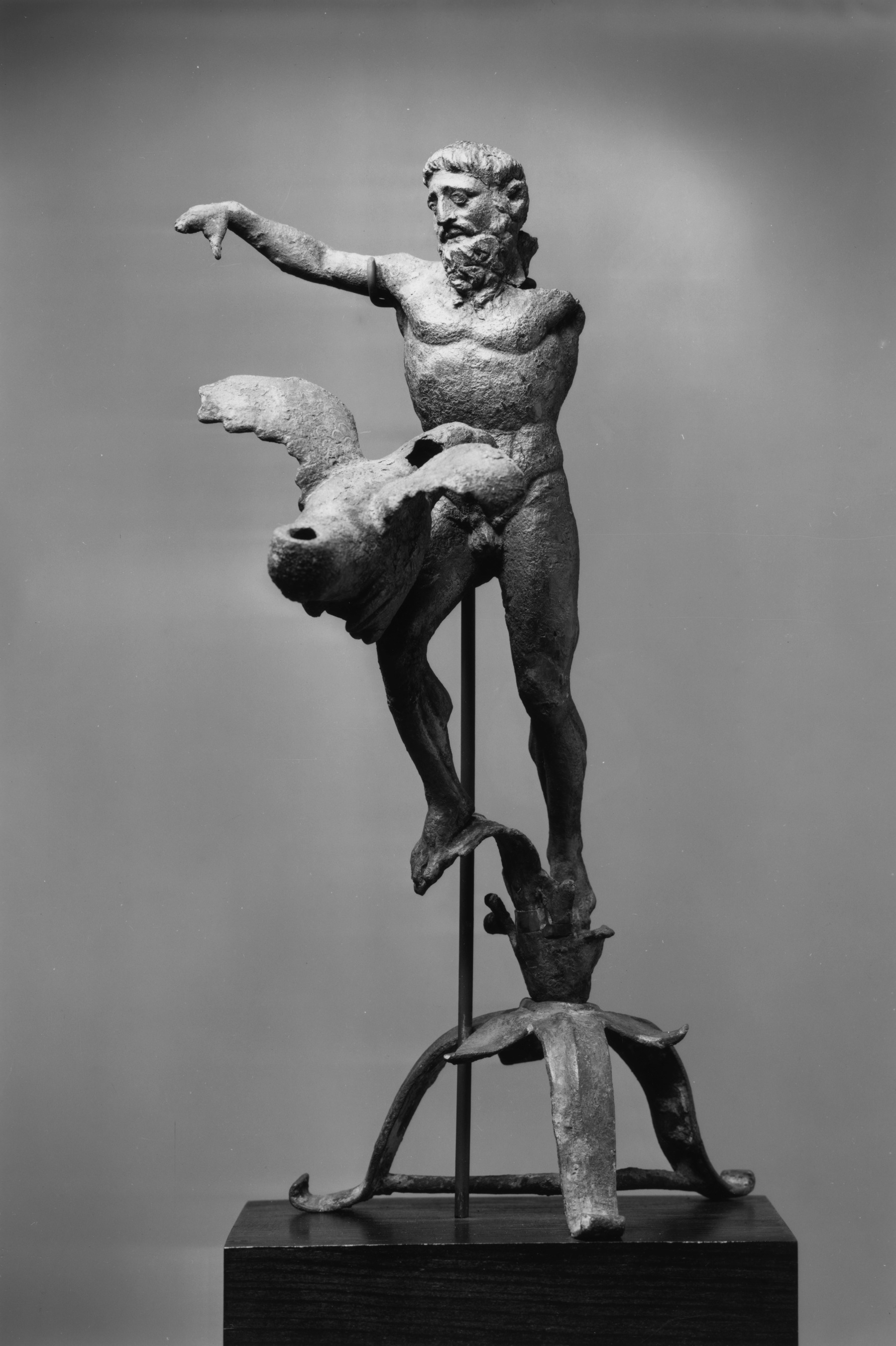 Prometheus is depicted standing, with a chain around the right arm, and the eagle at his right knee, on a three part base.