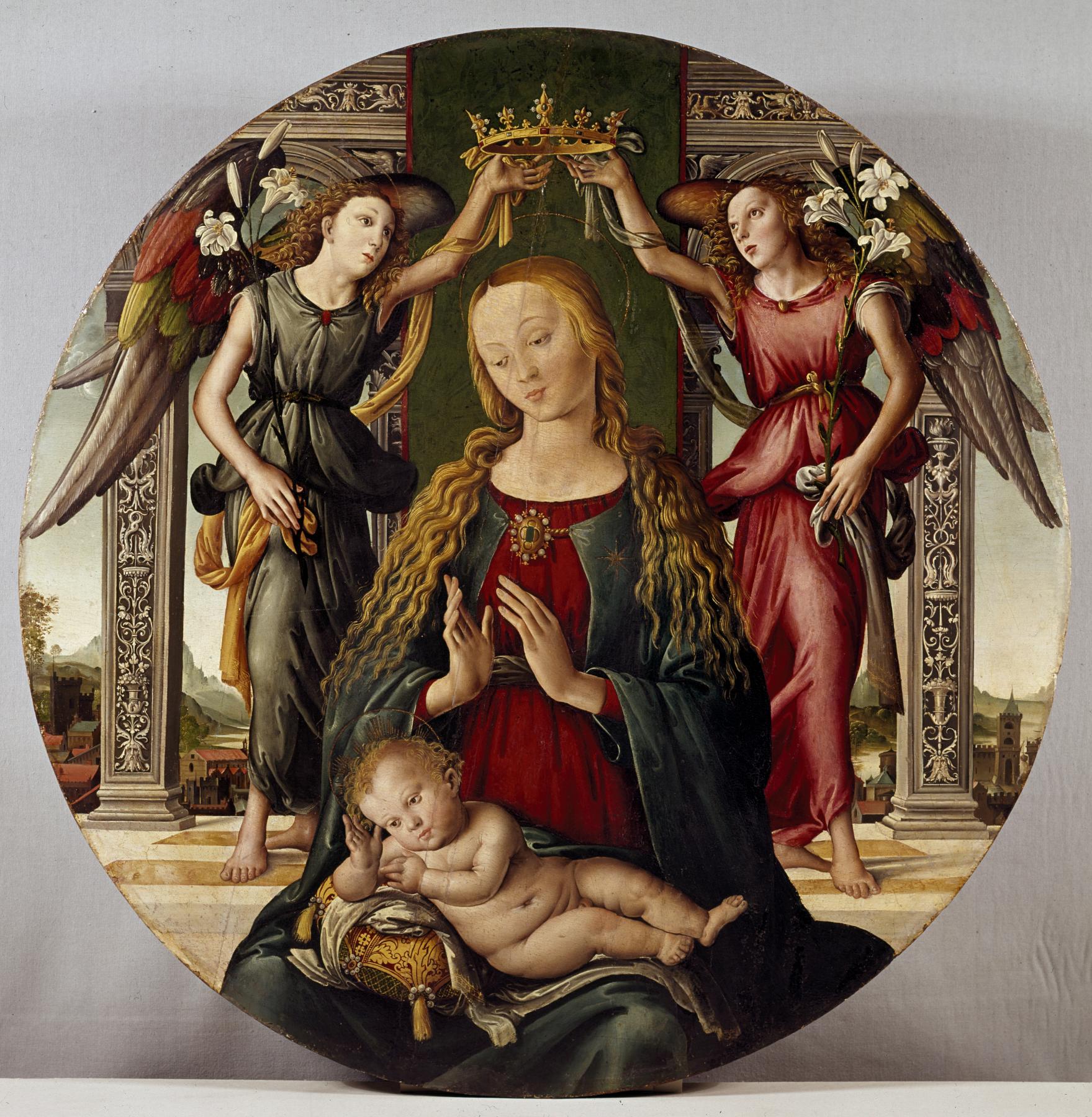 Madonna and Child with Two Angels

This “tondo” (circular painting) shows two lily-bearing angels striding toward the Madonna and crowning her as Queen of Heaven. The Madonna raises her hands in adoration of the Infant Christ. Reclining on an embroidered pillow in her lap, the child raises his right hand in a gesture of blessing. The mixed animal, human, and plant forms decorating the architecture behind the figures are called "grotesques" (“grotteschi” in Italian). They were inspired by the similar wall decorations discovered in the 1490s in the grottoes and chambers buried beneath ancient Roman houses.

Formerly attributed to an anonymous artist called the Master of Santo Spirito, the painting has been convincingly linked to the documented works of the late 15th-century Florentine workshop led by Agnolo di Domenico del Mazziere and his brother Donnino. The carefully described landscape—with a view of a church at the left and a castle at the right—and emphasis on precious details, such as the Madonna's brooch and crown and the Christ Child’s pillow, reflect the brothers’ keen interest in contemporary Netherlandish painting, which was highly coveted in Renaissance Florence.