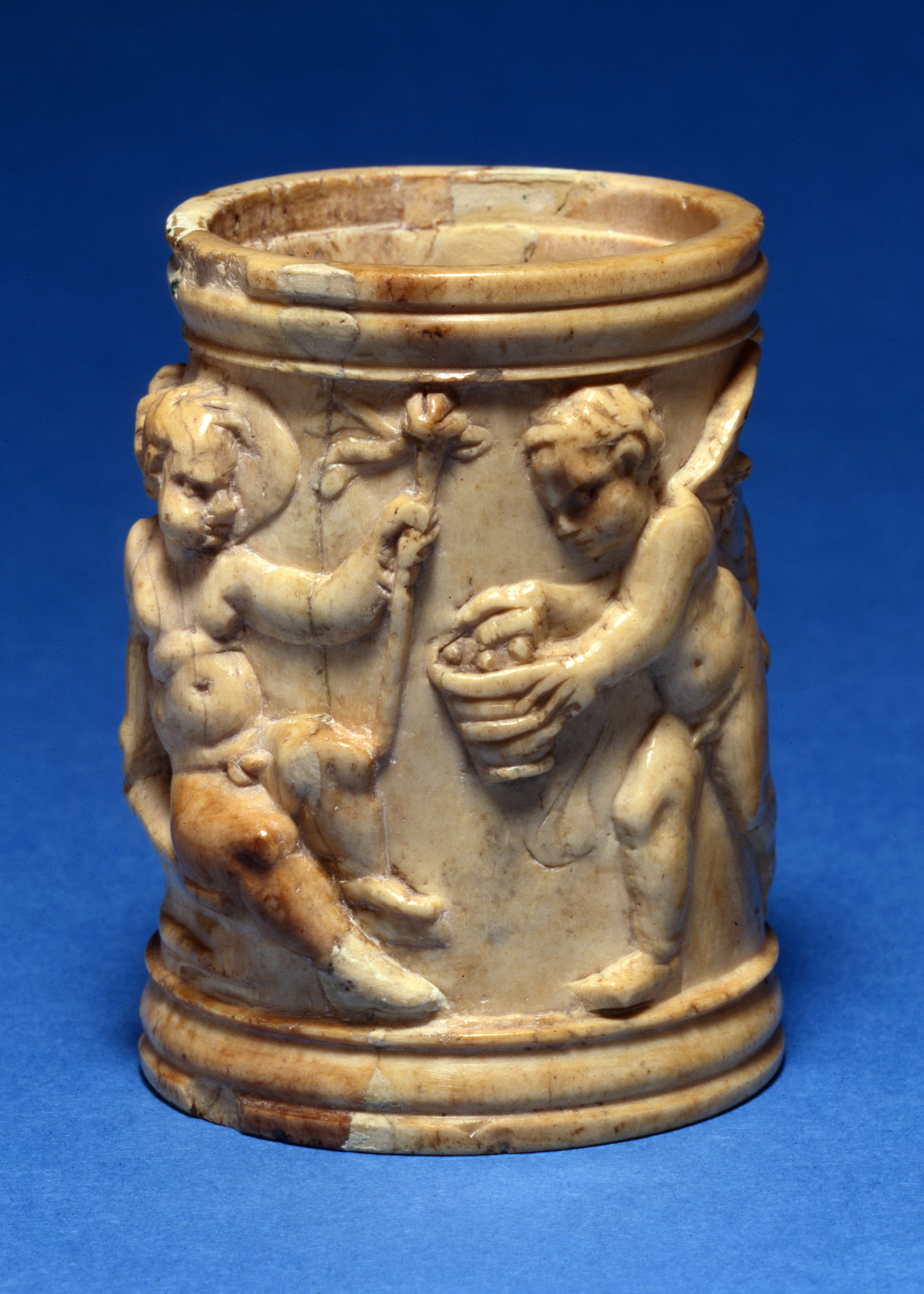 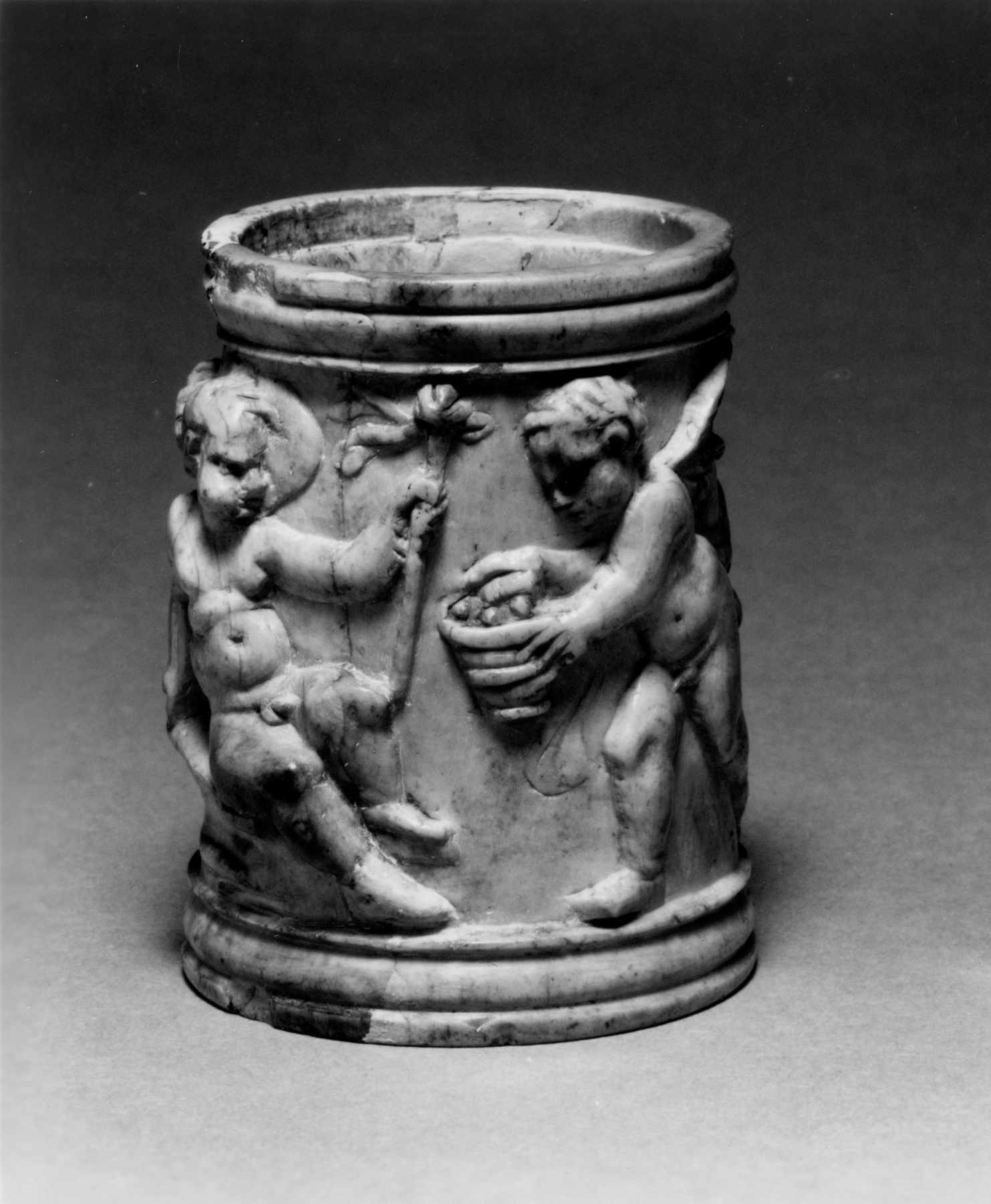 Carved in relief are two plump Erotes sitting on rocks: one leans over his shoulder to open the lid of a large box; the other, wings spread on either side, sits and watches. A pillar or stele between them supports an urn with a conical lid and two projections on the sides that are intended to be griffin heads. The small cylindrical container is missing its base and cover.

This pyxis is typologically related to a group of pyxides excavated at Pompeii and Herculaneum. They were found mainly in houses and retained traces of paint used for women's cosmetics. Little decorateive boxes must have been popular objects of everyday use since they have been found all over the Mediterranean world. The modeling of the figures on the Walters pyxis, with its rounded forms and detailed presentation of wings, faces, etc., is different from the Pompeiian examples and suggests another workshop, perhaps one in Egypt, as the provenance of this pyxis indicates.