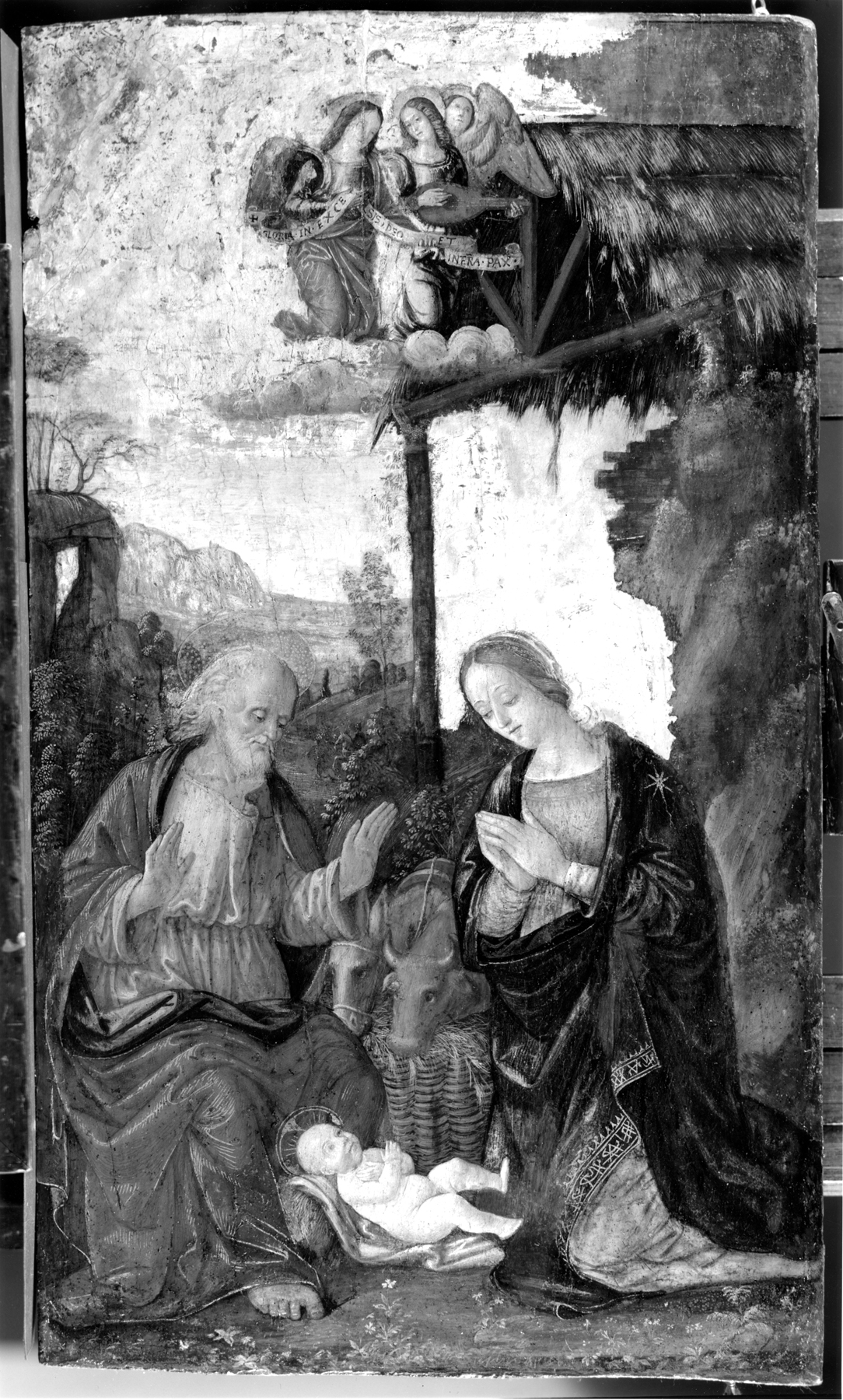 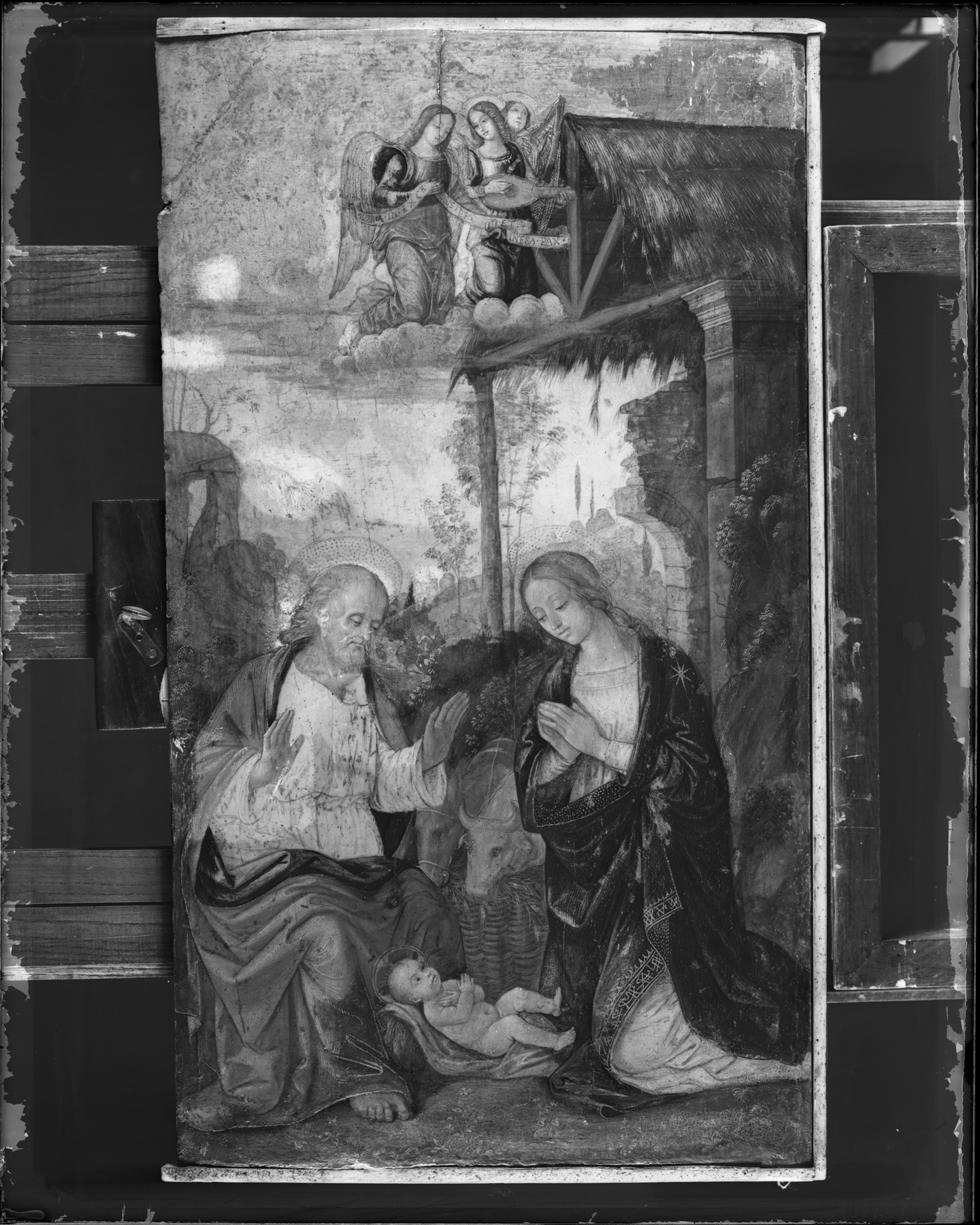 This painting follows the biblical account of the Nativity quite closely: the Virgin Mary and Saint Joseph kneel in adoration of the newborn Christ Child, who is humbly placed before a simple reed manger where an ox and ass graze on some straw; above, three music-making angels sing, “Glory to God in the highest and peace unto all!” However the artist has departed from the biblical narrative by placing the figures against a landscape of lush green hills and grassy cliffs, which recall the mountainous terrain of central Italy instead of the desert hills of Bethlehem, where Christ’s birth is said to have taken place.

The painting is attributed to the little-known artist Francesco da Montereale. Few of Francesco’s works survive outside his native region of Abruzzo in lower central Italy, yet the Walters has two (see 37.713). This example, perhaps intended to decorate the altar of a small chapel or oratory, was likely painted by Francesco around 1510. The tranquil landscape, gold flourishes in the robes, and sweet expressions of the figures are reminiscent of Francesco’s teachers, Saturnino Gatti (1463-1518), Pietro Perugino (ca. 1450-1523), and Bernardino Pinturicchio (ca. 1452-1513). The latter two artists are also represented at the Walters (37.475; 37.1089).

[Transcription] On scroll held by the angels: GLORIA. IN. EXCELSIS. DEO ET INTERA. PAX. (translation: Glory to God in the Highest and Peace unto All")