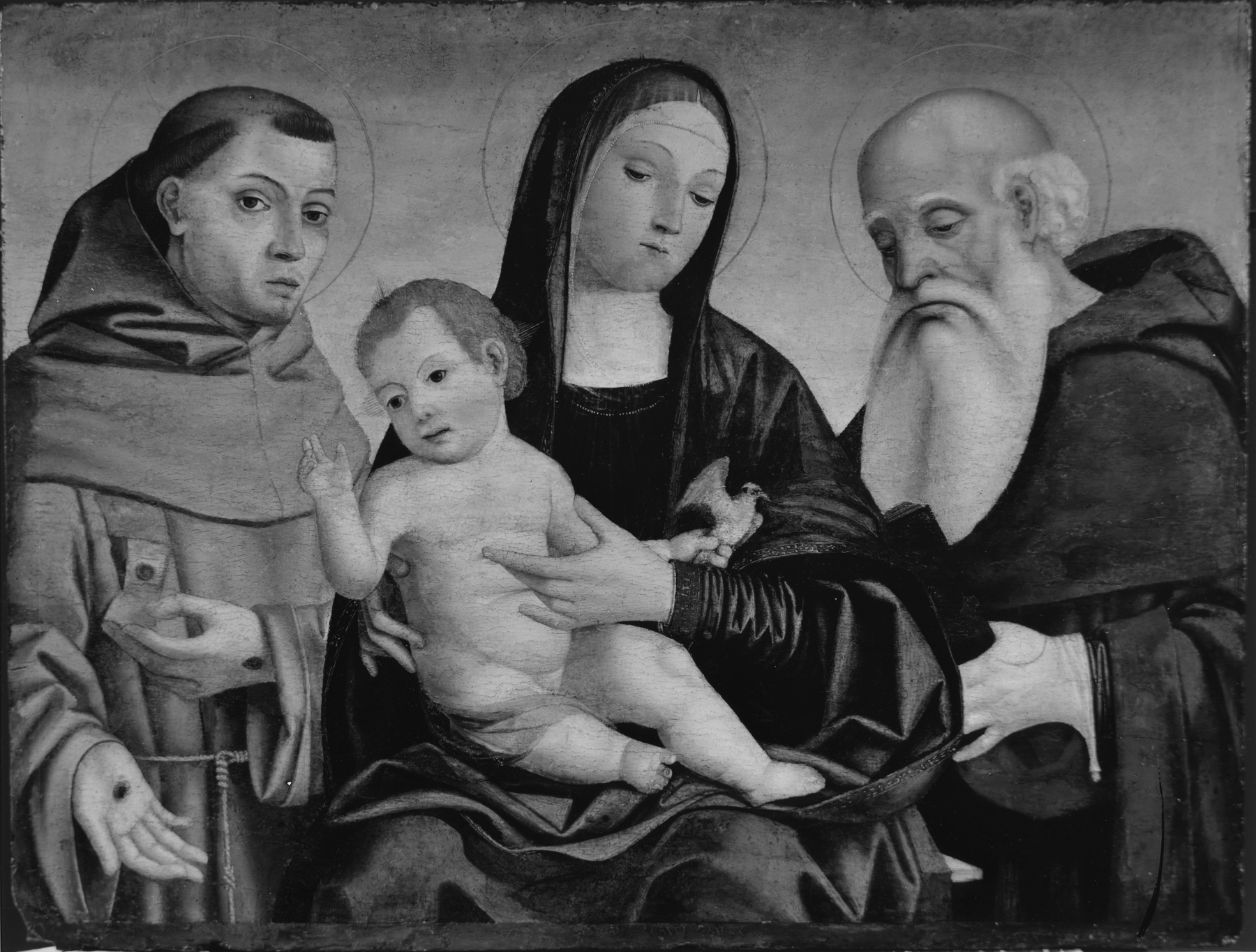 Madonna and Child Between St. Francis and St. Jerome

Probably intended for private devotion in a domestic interior, this painting depicts a popular Renaissance theme known as a “sacra conversazione,” or sacred conversation, meaning the holy figures are placed in a unified space allowing them to interact with one another. The Madonna and Child are seated between Saint Francis of Assisi (1181-1226) at the left and Saint Jerome (ca. 347-420) at the right. Francis draws the viewer into the “conversation” by making eye contact and gesturing toward his “stigmata" (the wounds of Christ), which he miraculously received on his hands, feet, and abdomen during a vision in 1224. Jerome, famous during the Renaissance as a model example of piety and learning, is shown in his traditional guise as an old, bearded man in a red robe. He also carries a book, probably the Bible, which he famously translated into Latin. The Christ Child holds a goldfinch, foreshadowing the Crucifixion (popular legend claims the bird was present at the Crucifixion and became stained with Christ’s blood, hence the red spot in the bird’s beak).

The painting’s format, with the figures at half-length in a horizontal picture field, was most common in Venice and its surroundings in the early to mid-16th century. A fragmentary inscription on the parapet in front of the figures bears the date 1520 as well as the letters “[S]ANTA CRUCE.” The inscription may be the remains of a signature by a member of the Santacroce family of artists, active around Venice for much of the 1500s. It is difficult to assign the painting to a specific member of the family since the style of the figures and the unusual motif of Francis pulling a square piece of cloth from his robe to reveal his side wound are inspired by the work of Filippo Mazzola (ca. 1460-1505), active mainly in Parma but well-known in Venice.

Acquired by Henry Walters, before 1915