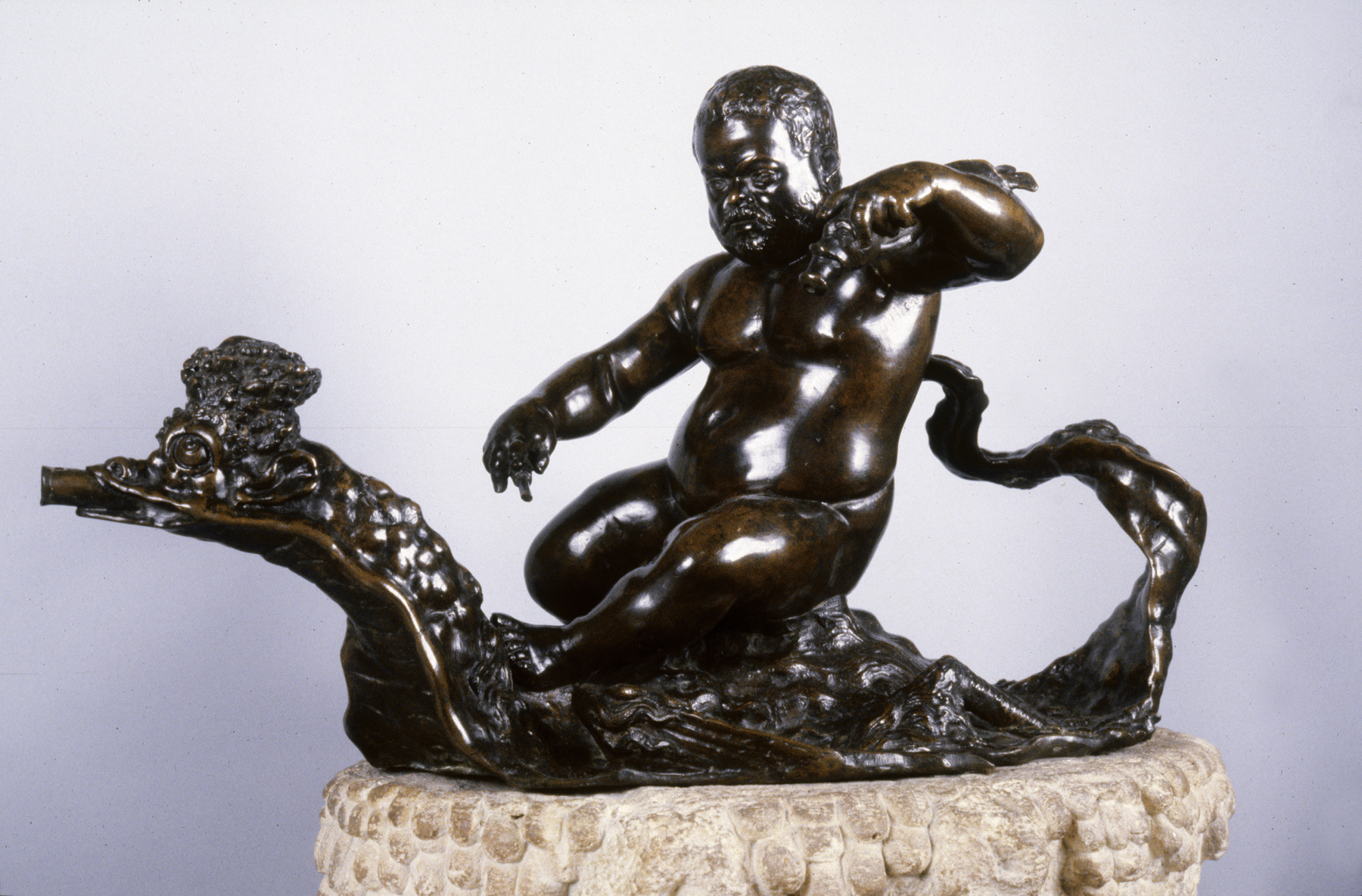 The Dwarf Morgante Riding on a Dragon

The dwarf Morgante was Grand Duke of Tuscany Cosimo de' Medici's jester. Dwarfs were commonly employed at courts, where they were looked upon as marvels of nature and, in the case of a jester, were expected to entertain and amuse.

Here, Morgante sits on a dragon that imitates one crafted by Cencio della Nera, the duke's goldsmith. The dwarf raises his hand to still the waters in a gesture that parodies representations of Neptune, the Roman god of the ocean. This fountain ornament is a copy of a bronze by Giovanni da Bologna installed between 1583 and 1585 in the garden terrace above the Loggia dei Lanzi in Florence.