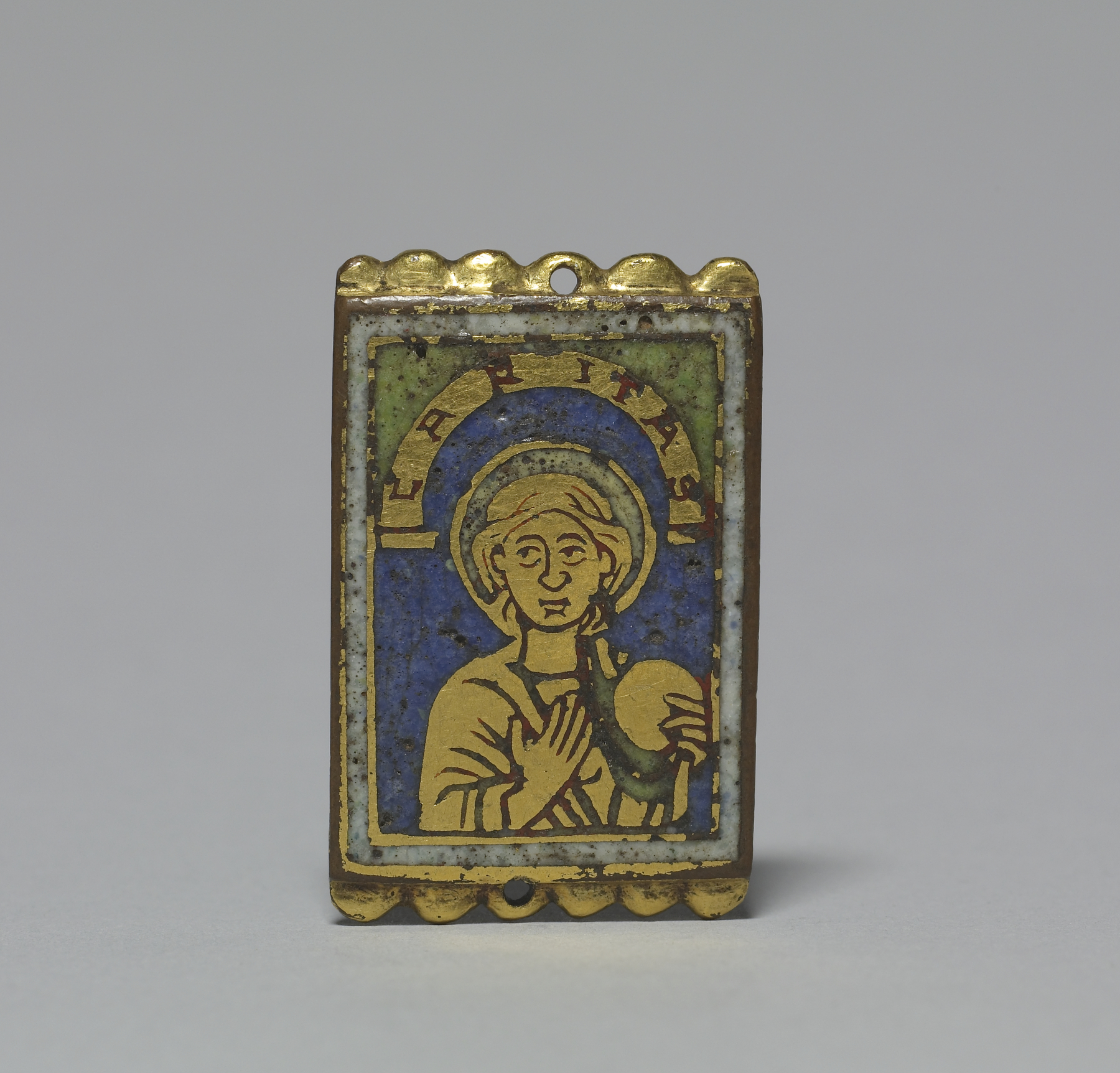 The bust-length personification of Charity appears as a golden figure against a blue enamel background with green and white enamel borders. The engraved outlines of the face, hands and drapery are highlighted with red enamel as is the lettering. This technique and combination of colors is characteristic of enamels made in the vicinity of Cologne, Germany, in the second half of the twelfth century. Charity and its mate, Justice (Walters 44.99), plausibly were part of a series illustrating virtues adorning a book cover, reliquary shrine or portable altar.

Stamped with makers mark on reverse.